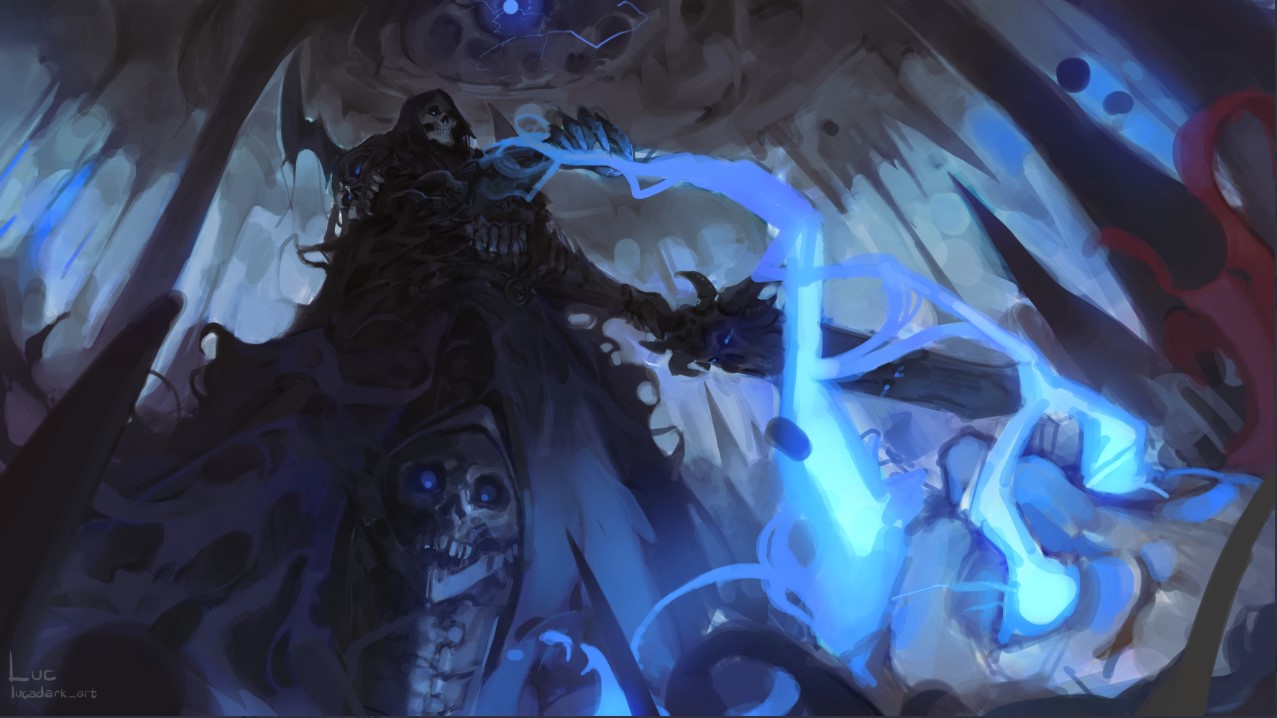 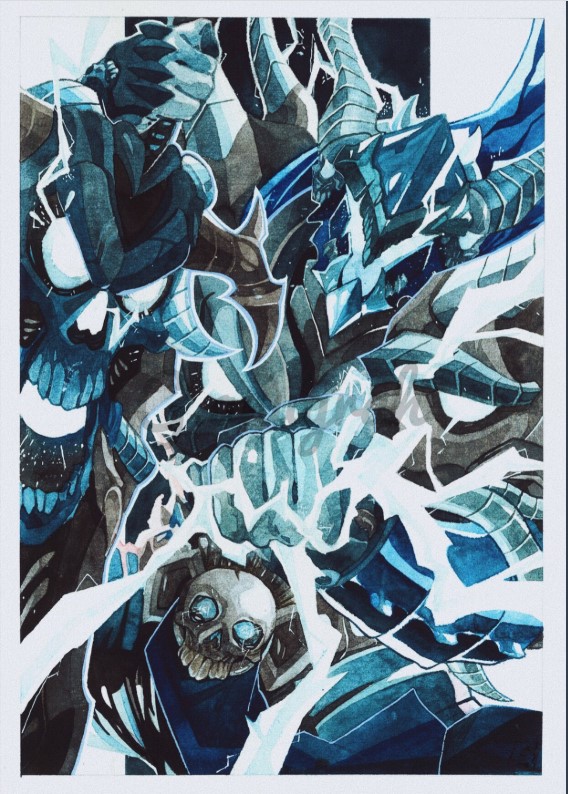 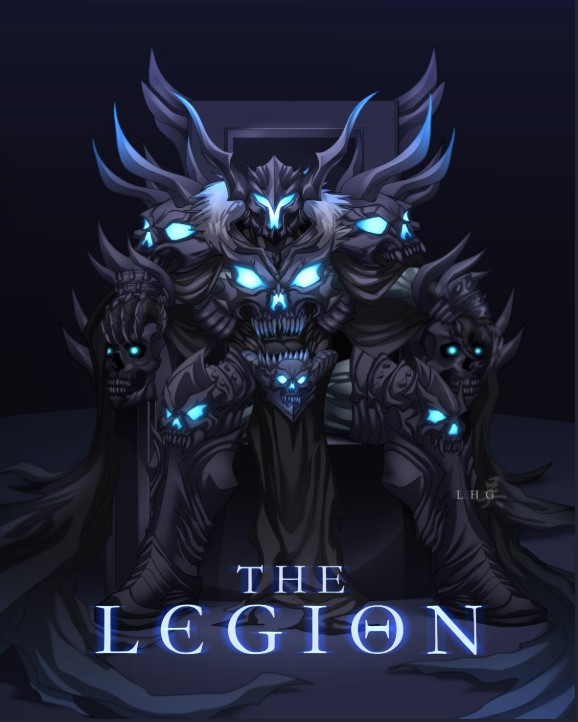 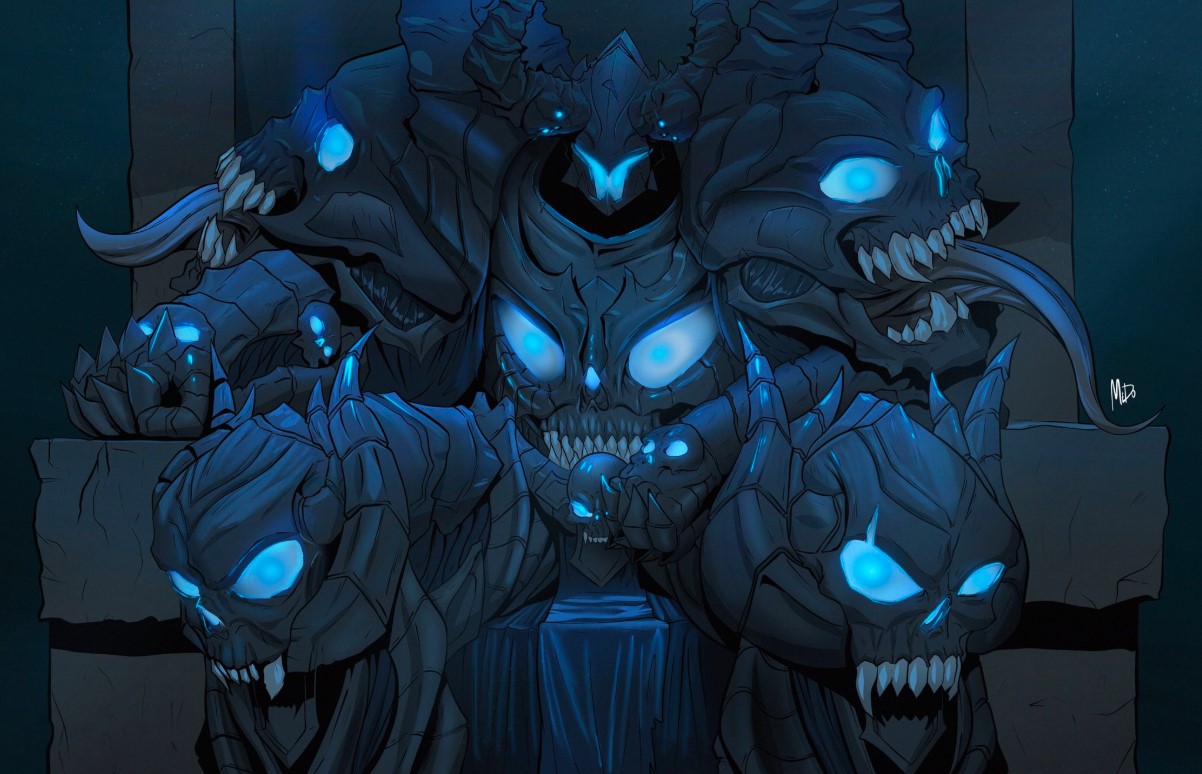 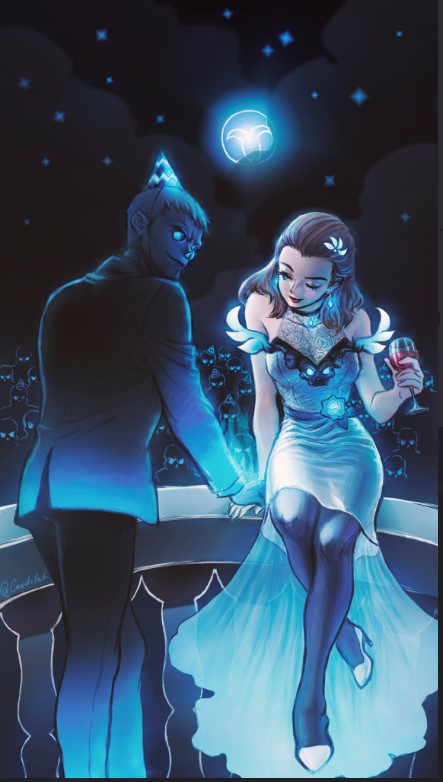 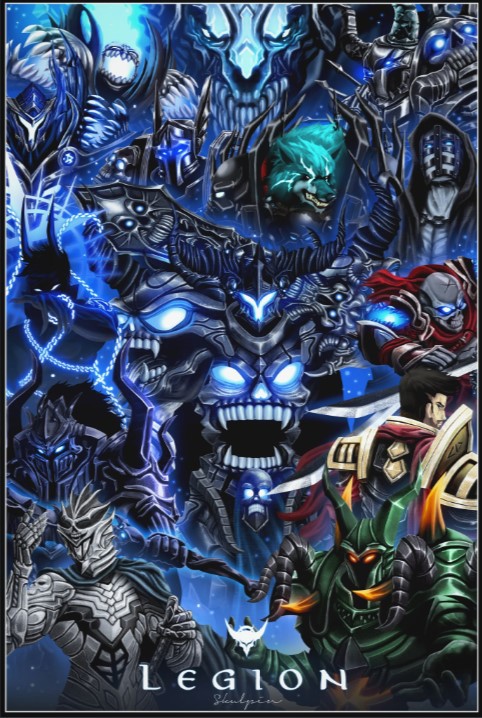 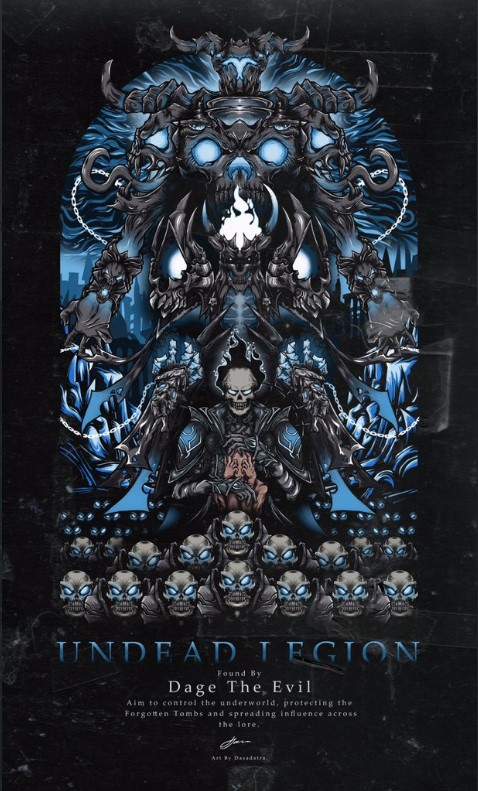 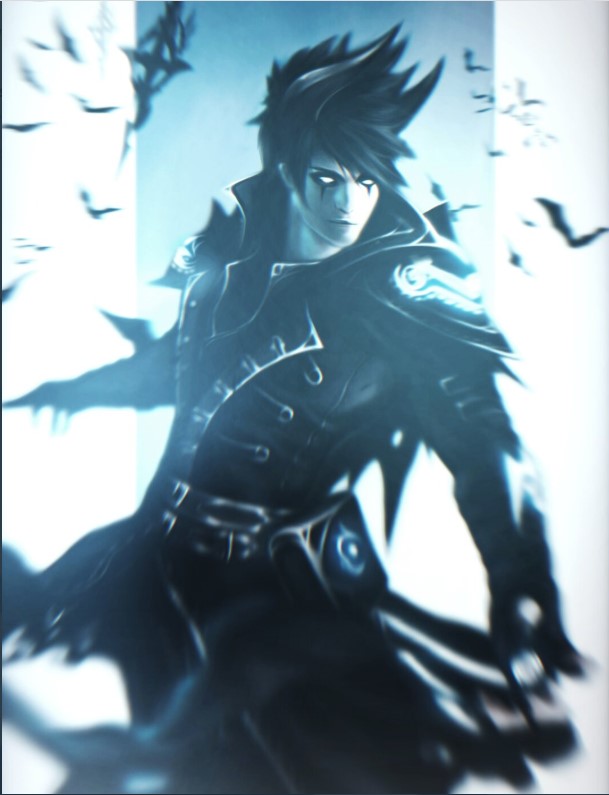 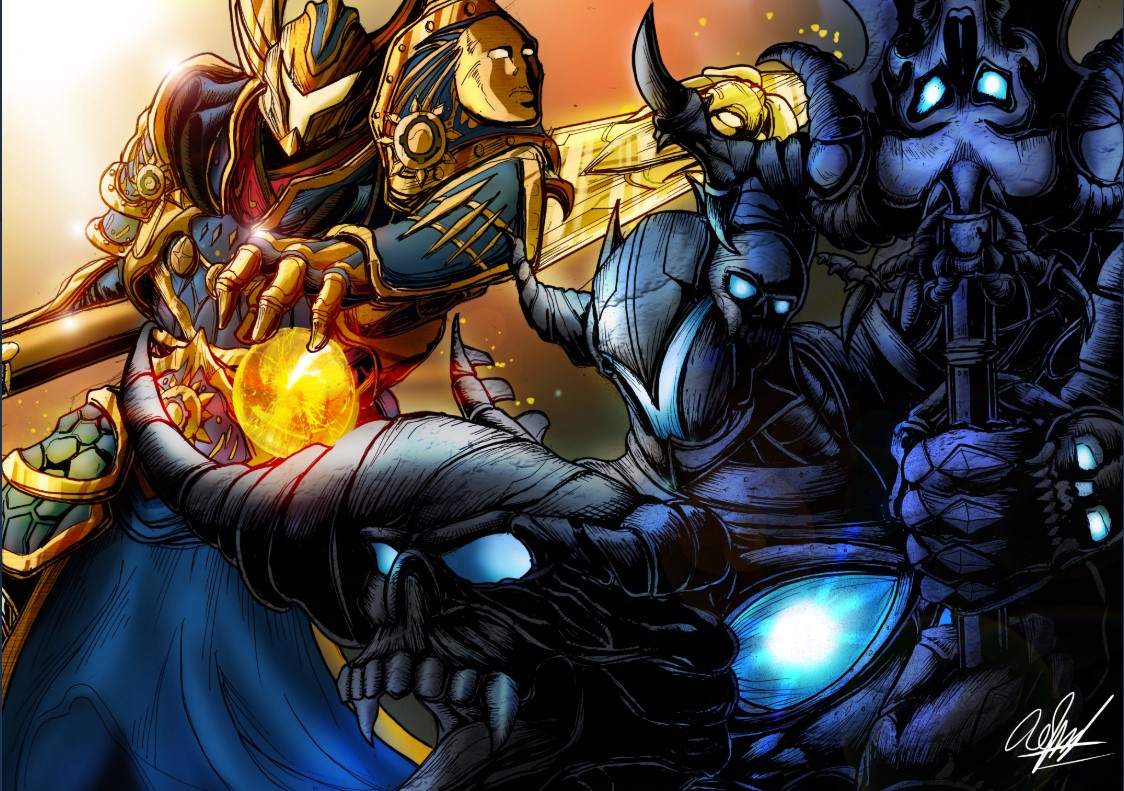 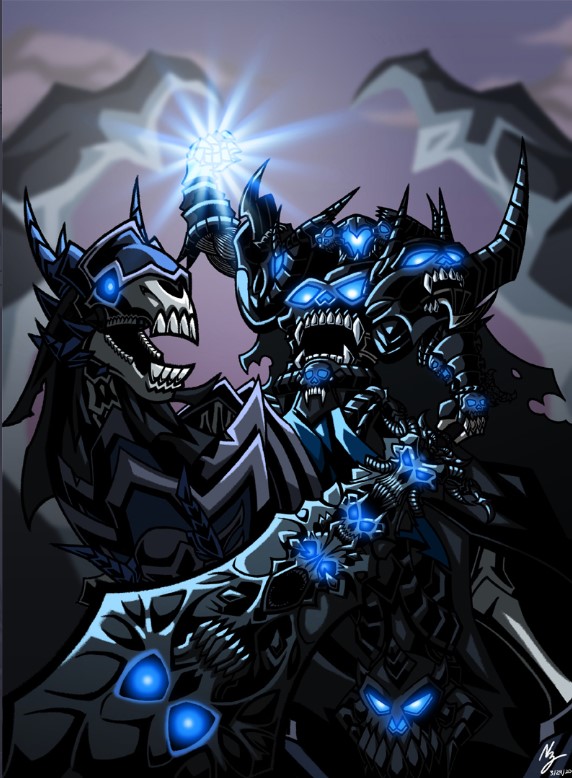 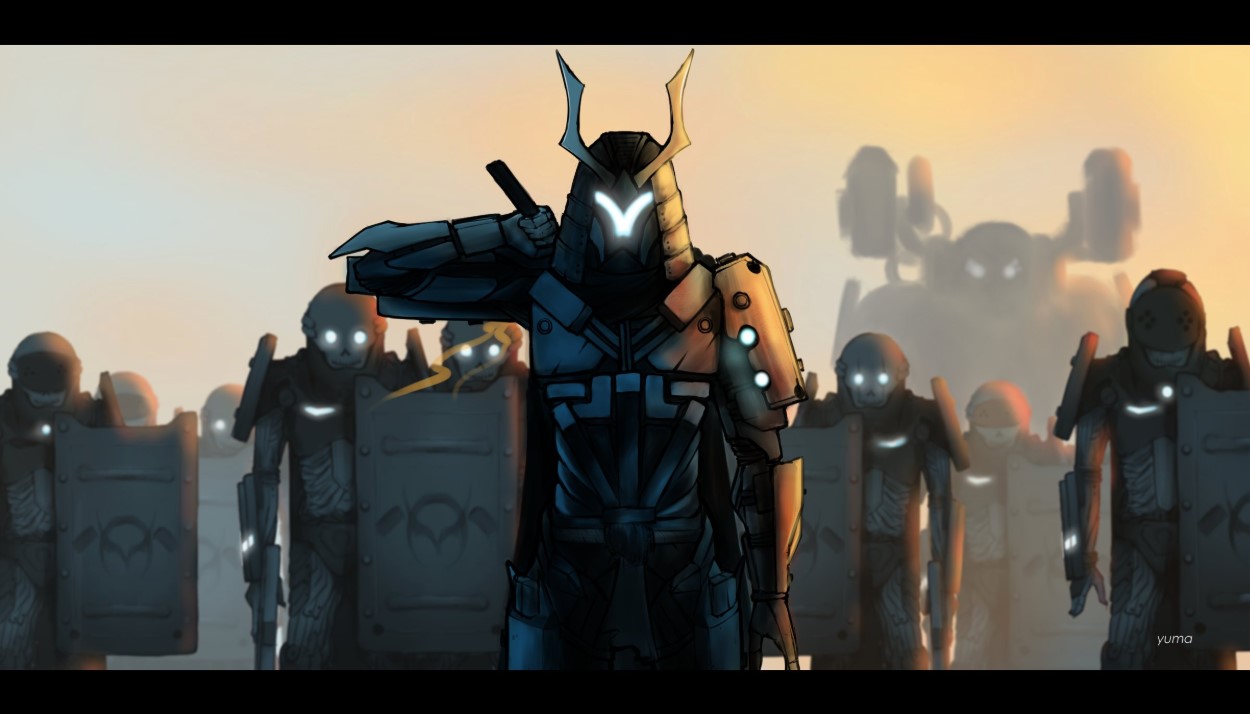 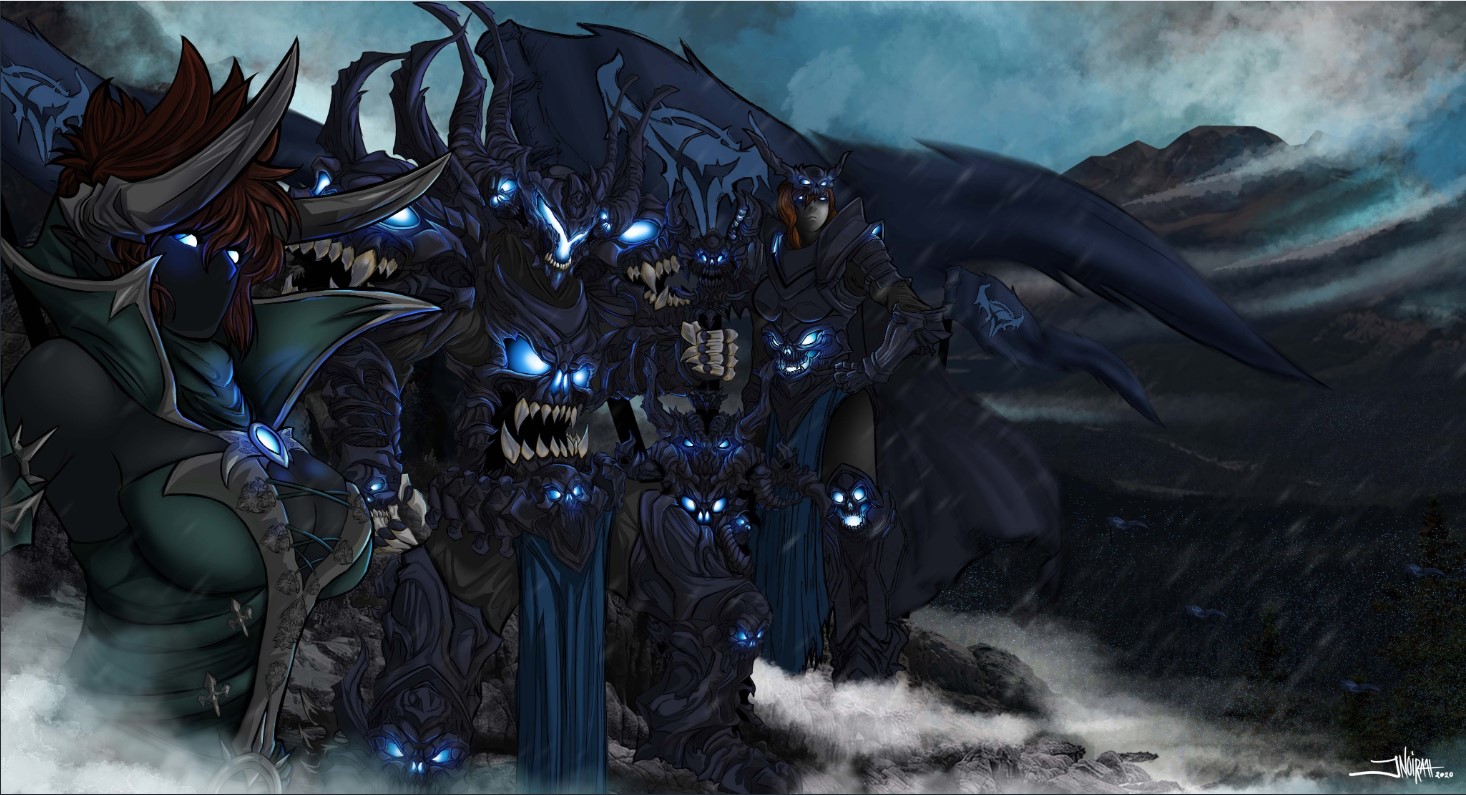 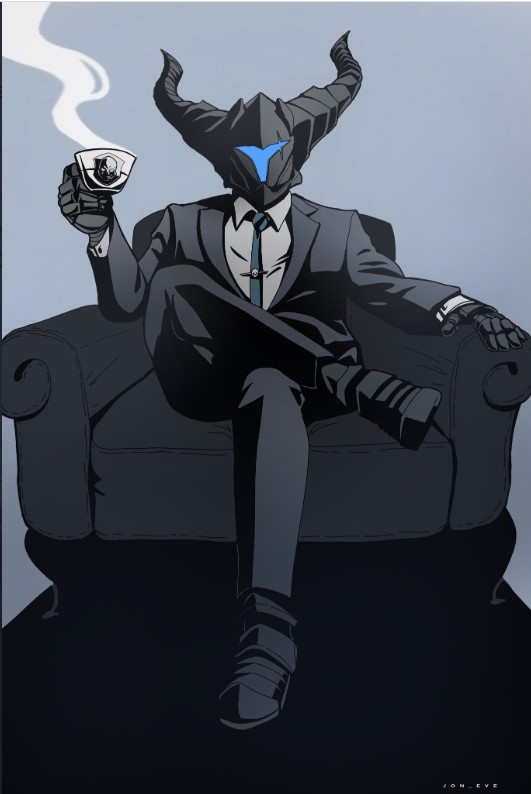 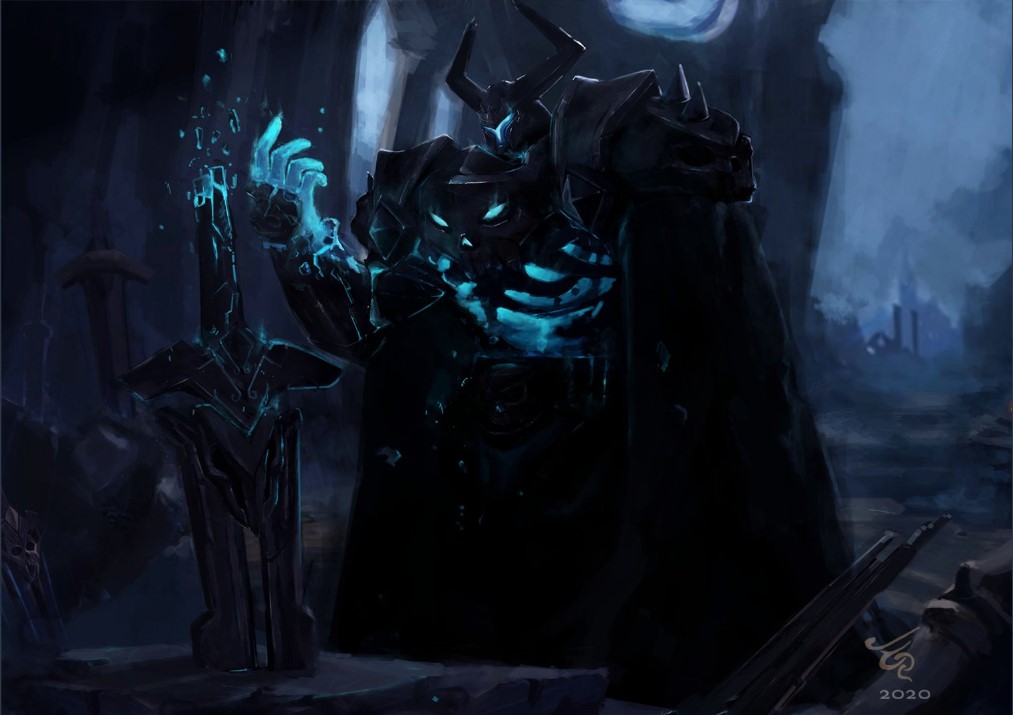 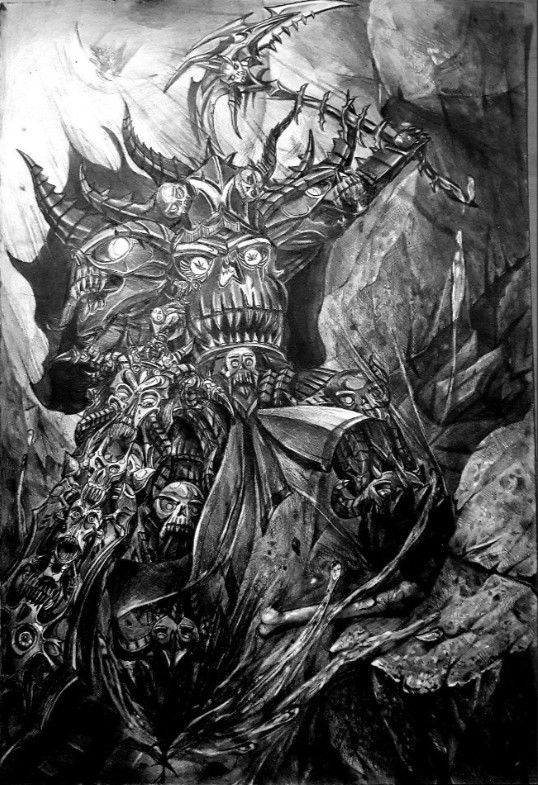 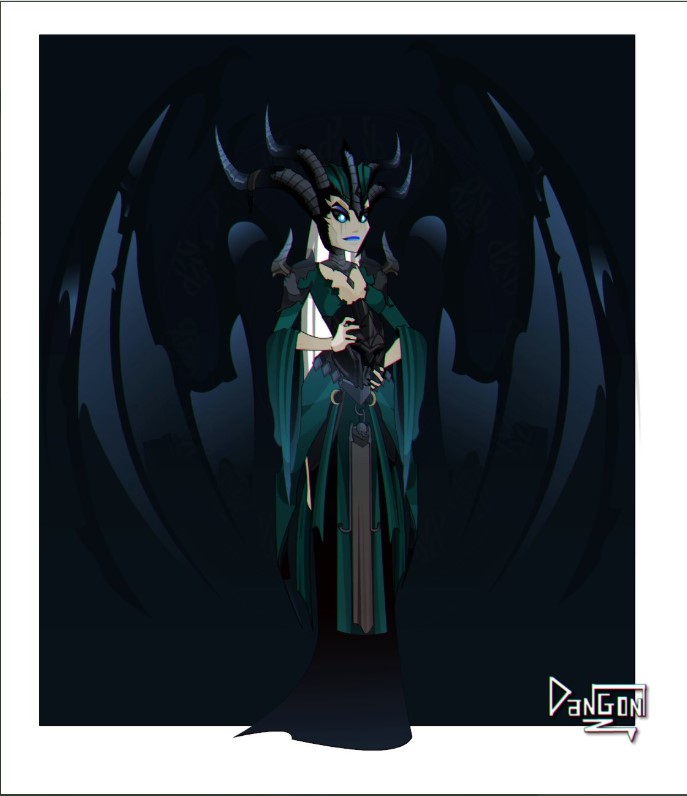 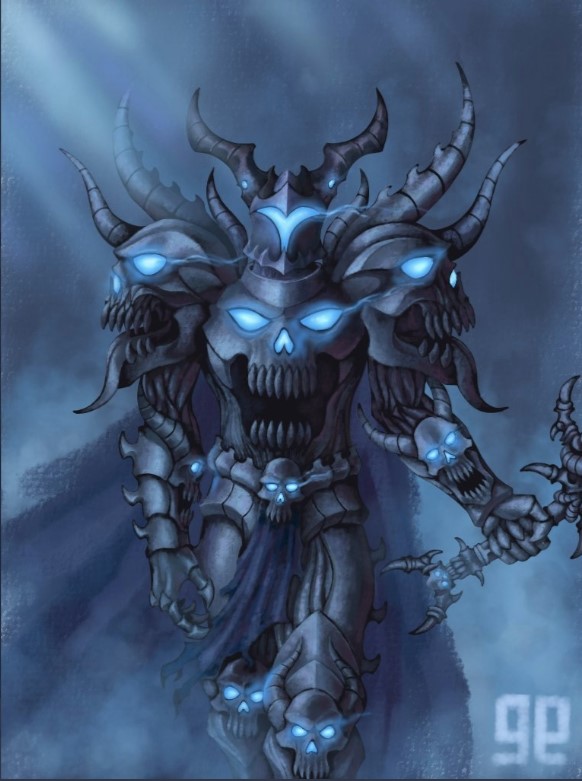 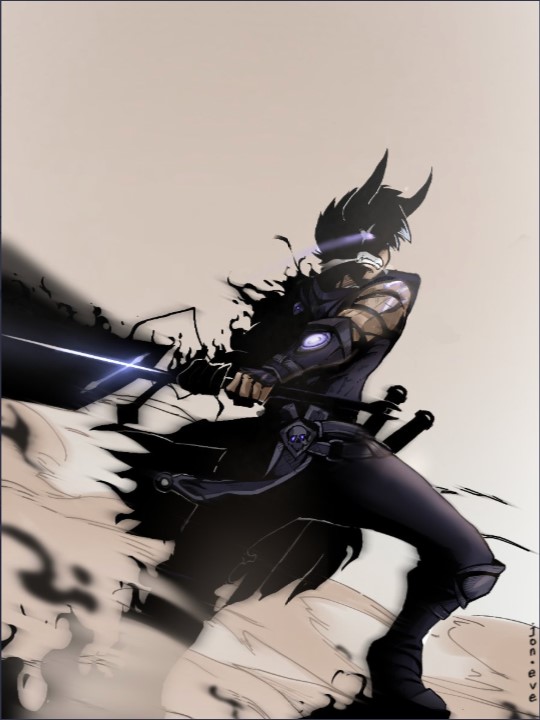 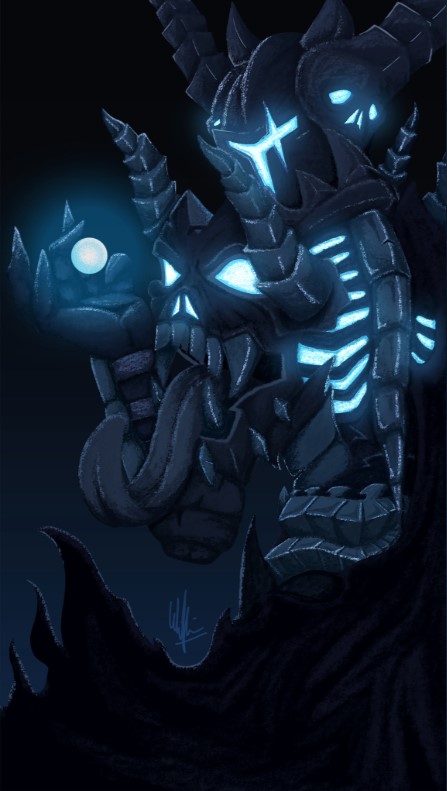 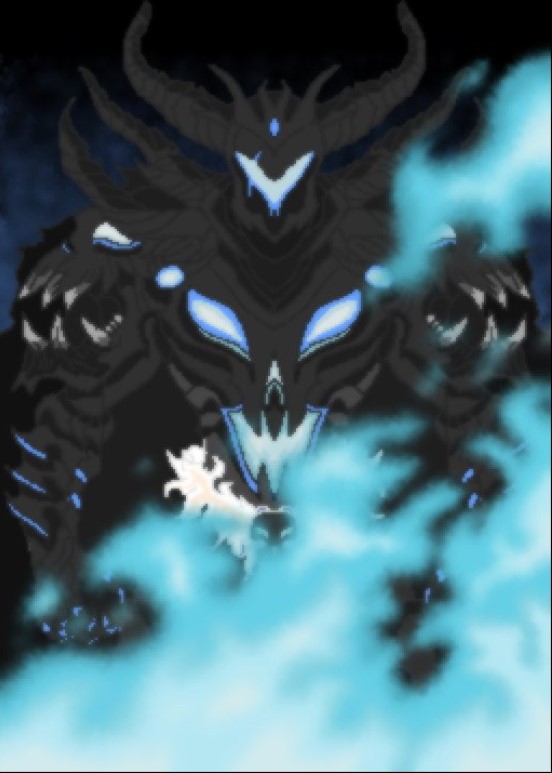 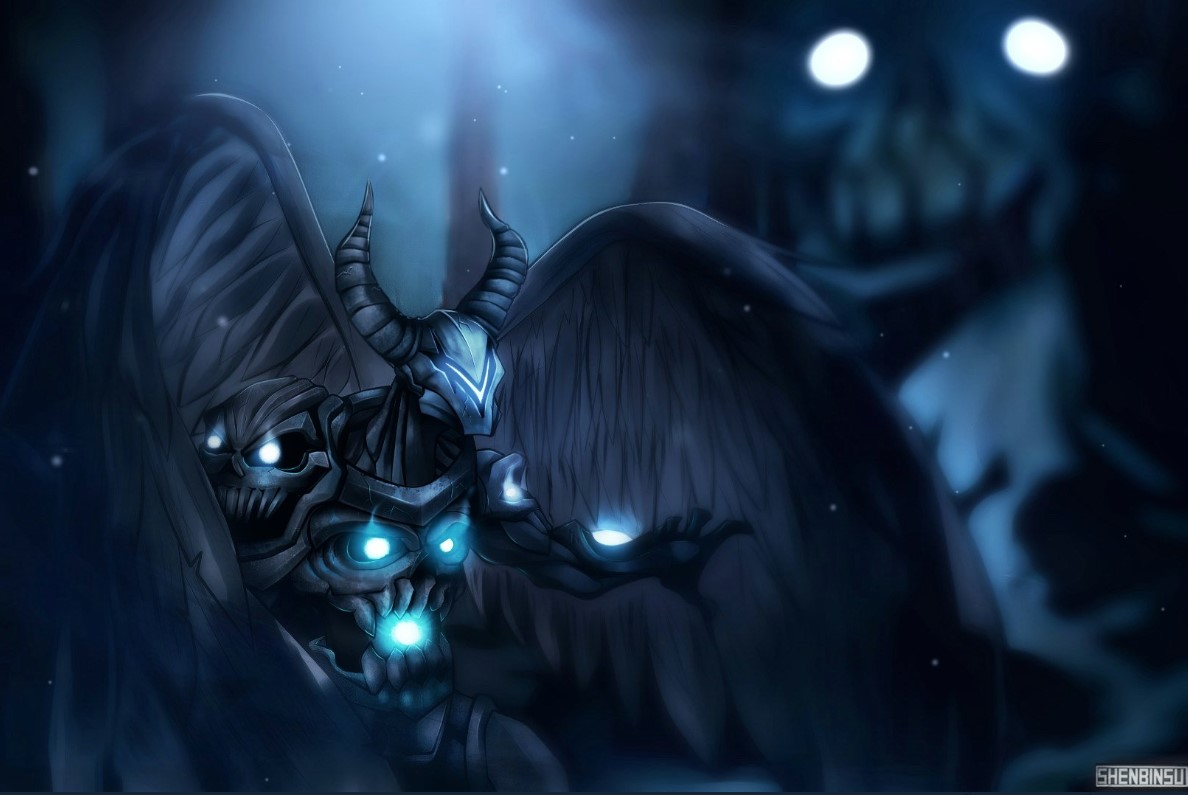 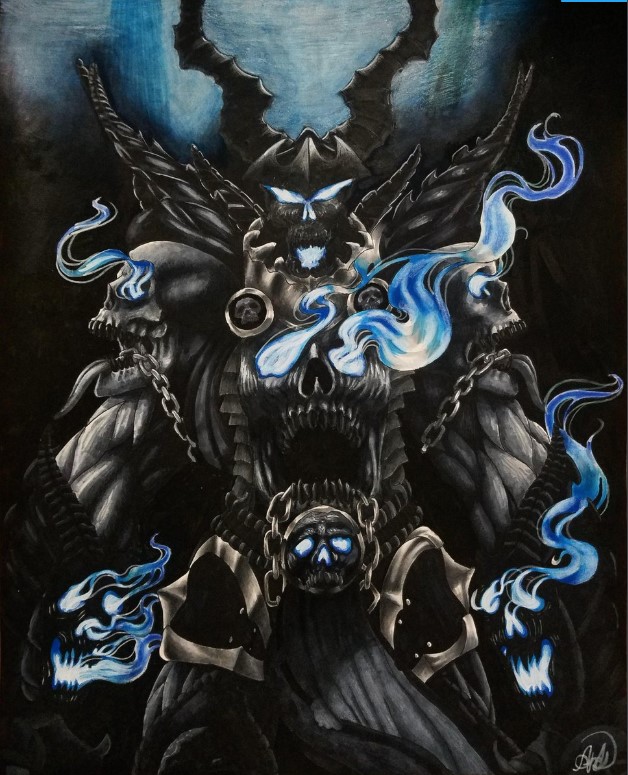 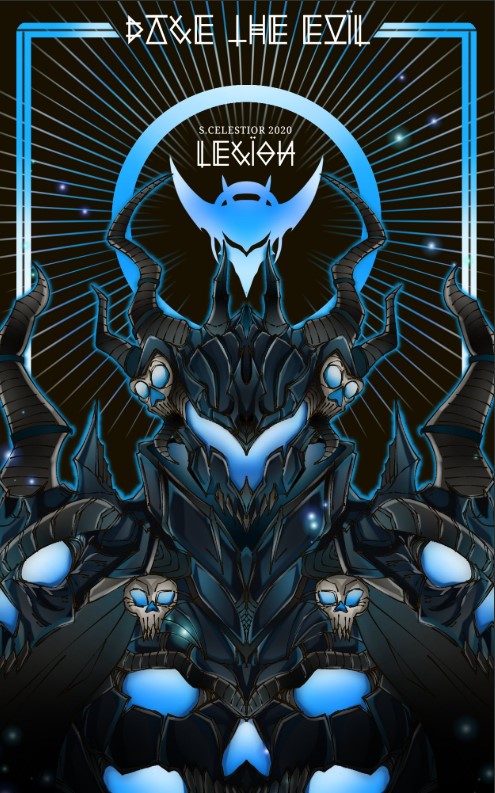 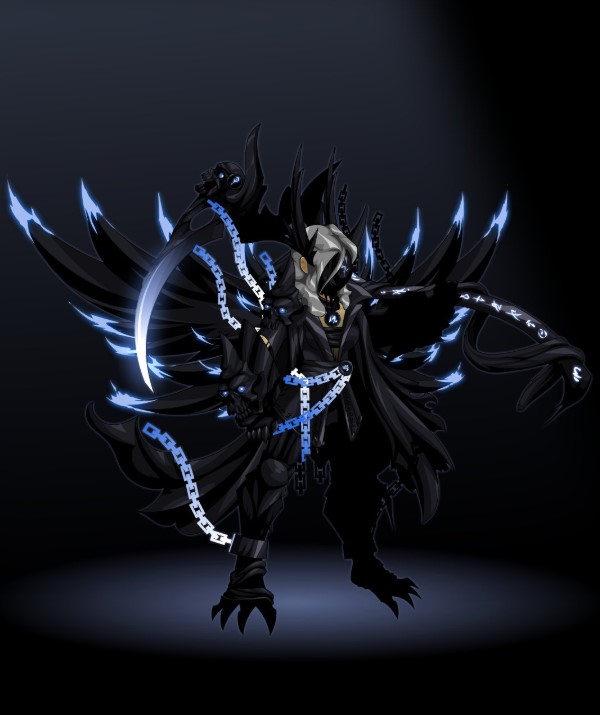 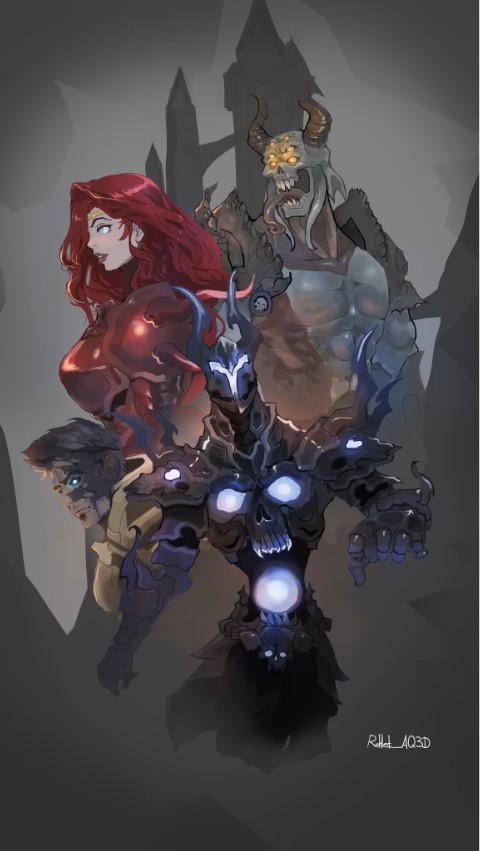 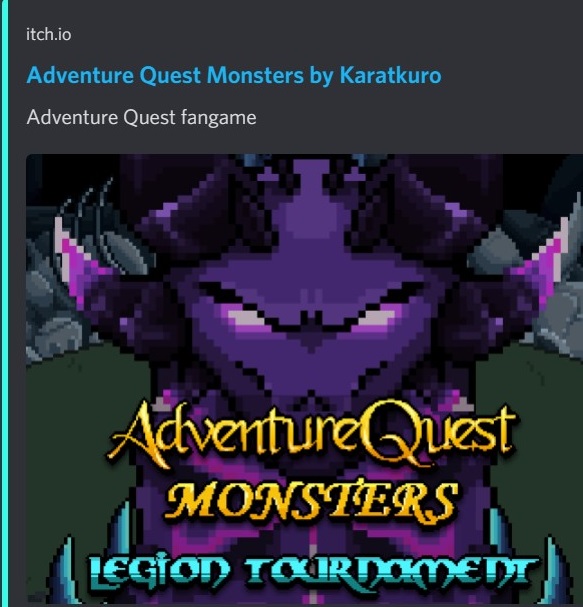 We kicked off the Month of Evil with a birthday tribute to Dage with the "Dage & the Undead Legion Fan Art Contest". He asked that you let the Legion inspire you to create, and you did not disappoint. We received over 100 Legion inspired art submissions, including animated art!

Dage took his time in carefully selecting each winner. But it was obvious to Dage and the Team that only 6 winners was not enough. There were so many  amazing submissions that went above and beyond that he had to go above and beyond the limit. So, we have added additional awards as you will see below!

Please give a dark legion congratulations to Lucariodark. Dage has chosen your piece, declaring you a Grand Prize Winner. 10,000 AdventureCoins has been added to your account.

Grand Prize Winner (Above and Beyond)

Occasionally, we see unique and strange entries that go "above and beyond." So when we saw that Oni Chan created and submitted an entire game to the entry, we instantly knew we needed to make an additional Grand Prize award for "Above and Beyond". Way to go! 10,000 AdventureCoins has also been added to your account.

There were so many incredible pieces of art submitted that it was nearly impossible to choose. So Dage created this new, higher tier, to honor the work of these artists. They have received 7,500 ACs or DCs.

These "best of" Winner's Circle entries were chosen by Dage.  Absolutely amazing art! Each winner in this circle has been awarded 5,000 ACs or DCs.

The competition was fierce. There were so many talented artists entering that Dage felt these pieces of art deserved special recognition. So we created this new award tier. Each artist below has received 2,000 ACs or DCs.

Thank you for being a part of this art contest!

In an art competition, there are winners.... but there are no losers. Every piece of art we make improves our skill and helps us grow. I would like to thank everyone who participated in what is hands down our best art contest yet.