Play Artix Entertainment Games without a Browser or Flash!?

Want to help us test our new Artix Entertainment Games launcher? We built this to future proof our existing games. Using this launcher removes the need for a browser or the Flash Plugin. 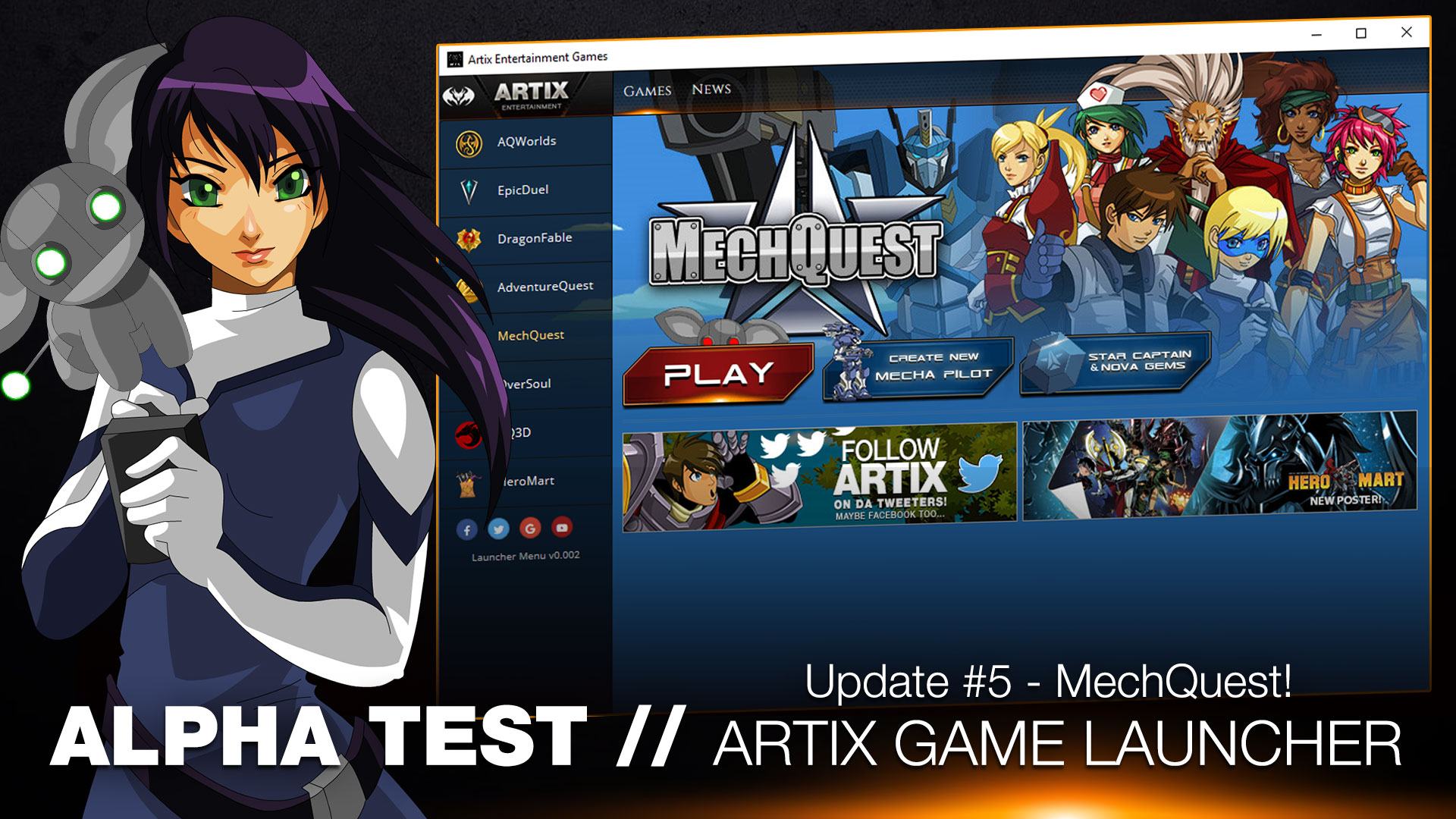 MechQuest is now available through the launcher! Warlic is beginning work on the Mac version of the launcher client and - by popular request - is investigating the feasibility of a Linux version. Let us know if you encounter any issues by reporting them to the Bug Tracker. 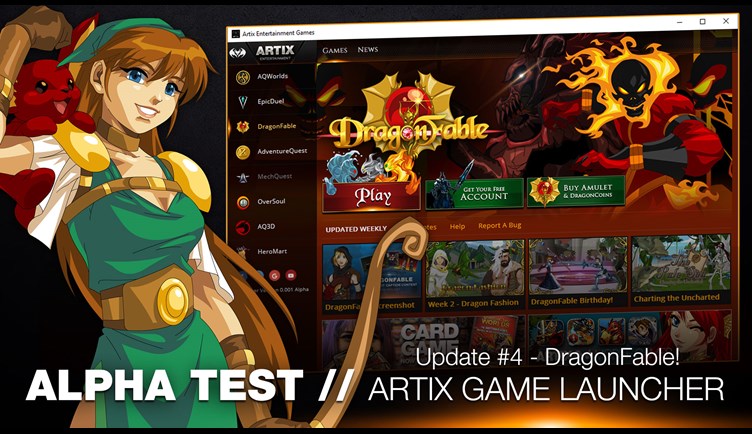 Thanks to the combined efforts of your bug reports, Captain Rhubarb, and the DragonFable team, you can now play DragonFable right through your game launcher! Let us know if you encounter any issues by reporting them to the Bug Tracker.

The AdventureQuest Worlds screen has a new layout. Thanks to everyone who shared their feedback on the design! Close and re-open your launcher client to see the new art. 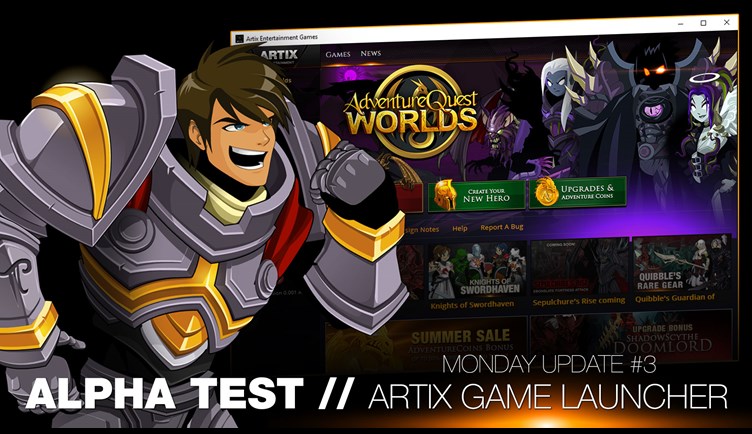 Warlic, Captain Rhubarb, and the launcher team have a fix for MechQuest's launcher game client in testing (we had to disable it for the weekend after a bug report came in). Once we see the fix working, we'll re-enable MechQuest in the Artix Games Launcher.

At this morning's launcher update meeting, Artix, Miko, and I talked about the upcoming stages and features as we continue evolving the project. We want to get design notes posts directly inside the launcher, along with the ability to comment directly on them. We tossed around some other feature ideas (like including an idle game), which is why we want to know...

FEEDBACK POLL: What new features would YOU like to see in the Artix Games Launcher? Tell Artix and Alina on Twitter!

Thank you to everyone who downloaded and helped test in the Artix Games Launcher Alpha over the weekend! The team is reviewing all bug reports now, and fixes will start rolling out this week.

Many of you sent screenshots showing all the new/returning heroes on OverSoul, and requests for more updates. To dedicate more of the team's time to creating new updates for OverSoul, we need to see steady and increasing activity.

Your quest:if you want to see OverSoul gets new updates, encourage your friends to log in and play OS on the game launcher or through the web at http://oversoul.artix.com/

AdventureQuest, DragonFable, and MechQuest will not be available over the weekend, while the team looks into a few bugs we just got in.
Please download the application and test all the OTHER things!

Report bugs issues with the launcher itself at: Artix Bug Reports Select 'Artix.Com' as the Game, then 'Artix Game Launcher' as the Category.

If you see issues with individual games played through the launcher also go to Artix Bug Reports
Then select your game, then choose 'ArtixGame Launcher' as the category.