Aurelio Voltaire Returns for an all-new Friday the 13th Event!

Friday the 13th has returned once again… but we don't have any horror movie villains or armies of the undead for you to tackle tonight. This weekend, Aurelio Voltaire returns with something incredibly special for you and our community of videogamers; he's got a new tale to tell, one near and dear to his heart. This weekend, log in and /join blackmazehub to begin an adventure inspired by his new album: "The Black Labyrinth!"

/join blackmazehub and talk to Aurelio Voltaire in-game to begin your journey. But first, a message from our favorite Gothic Musician just for you:

"Behind this door in particular is an introduction to a world near and dear to my heart. I worked alongside musicians who performed and composed with David Bowie to create the songs in my album; The Black Labyrinth. There's a story those songs tell, and I would love for you to have a glimpse of the people and places that come alive in this musical tale." - Aurelio Voltaire

After you complete tonight's event, talk to the mysteriously familiar-looking Valarian.  Complete his quest to collect Zenobia's Moglinberry Juice. You'll be able to trade it for dark and lovely new reward sets. 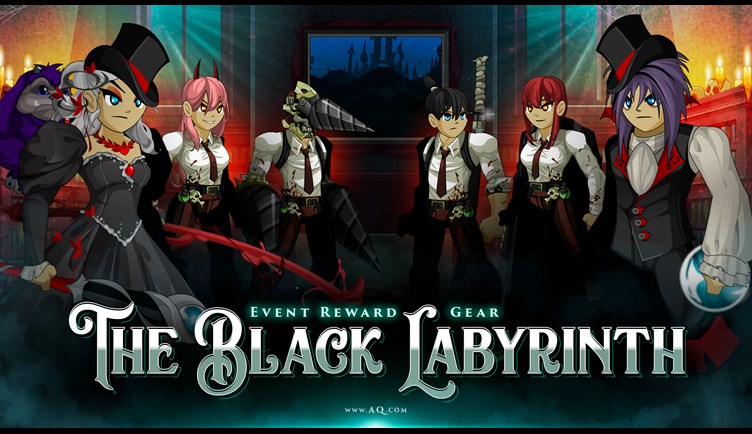 Battle the monsters in the Black Labryrinth to collect:

It wouldn't be Friday the 13th without new rare gear to commemorate the event -- and this week, our dark artists have channeled misfortune and mayhem to craft the NightStalker Guise and the Oracle of Misfortune sets in your Featured Gear Shop until Friday, February 10th. 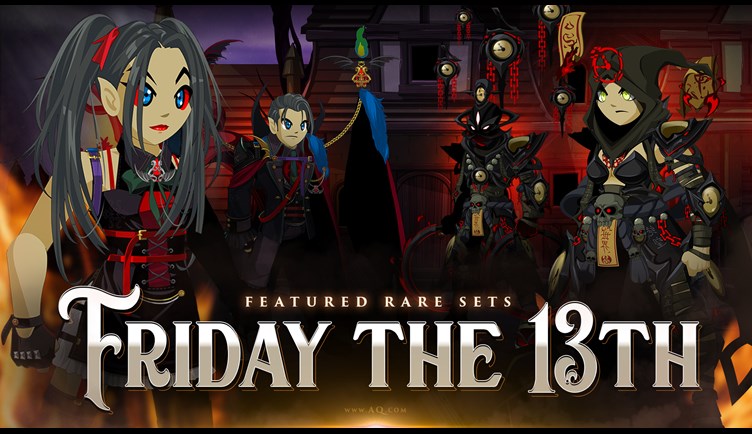 The house items can be found in the Holiday House Shop in your game menu.

What is undead can never die… Not when there is always another Friday the 13th. ALL heroes can now /join Voltairetown to battle through all our previous Friday the 13th seasonal events.

Friday the 13th and Aurelio Voltaire go together like Evil Armies of Undead and Horror Movies. He is legitimately one of the most creative people we know. He is the maker of music, films, books, comics, toys and... mayhem. He first appeared in AdventureQuest Worlds back in 2009, during our first-ever in-game Friday the 13th UNLIVE event! Since then, he's appeared in all of our Friday the 13th events, and this year he made his first appearance in AdventureQuest 3D's "Return to Skullpunch Island."

This weekend, battle your enemies to the beat of his Black Labyrinth tracks! The event features: "Song for a Goblin King," "Oubliette," "The King of Villains," and "Kill the Beast." Stay up to date with all his music, art, and news updates here and once you've finished the event, make sure you check out his Youtube series, "Gothic Homemaking with Aurelio Voltaire."

While you battle, you can also stream all the tracks from the album here!

On behalf of the entire AdventureQuest Worlds team, we want to thank Aurelio Voltaire for being a part of this special event!

Darkness.  Destruction. And madness are all happening this month in AdventureQuest Worlds! Don't miss a moment, a battle, or a limited time reward. 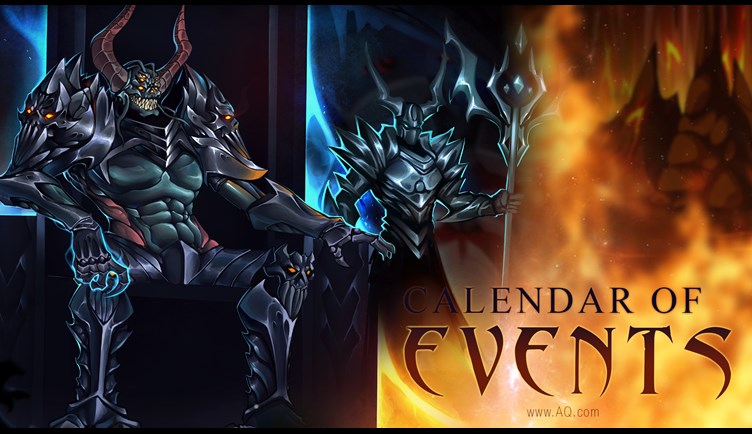