For several weeks, a mysteriously egg-shaped meteor has been flying closer and closer to Battleon… and today it CRASHED into Battleon*, wiping out much of the town. Upon impact, the meteor… hatched?!?!... into a terrifyingly titan-sized, fowl beast: A GIANT CHICKENCOW?! O_O

This weekend, we need all the heroes of Lore to band together as we bring you a fearsomely-fowl event filled with Meateor puns and delicious rewards! Talk to Cysero and Warlic in Battleon to begin!

* There was no MOO-ving town this time! So many heroes have been busy down in the Underworld fighting for Evil, there was almost no one looking UP at the sky to notice it.

We build silly things. Often. But never quite like we do during our April Fools events! This weekend, log in milk the the Giant ChickenCow for all its worth! (... Ew.) 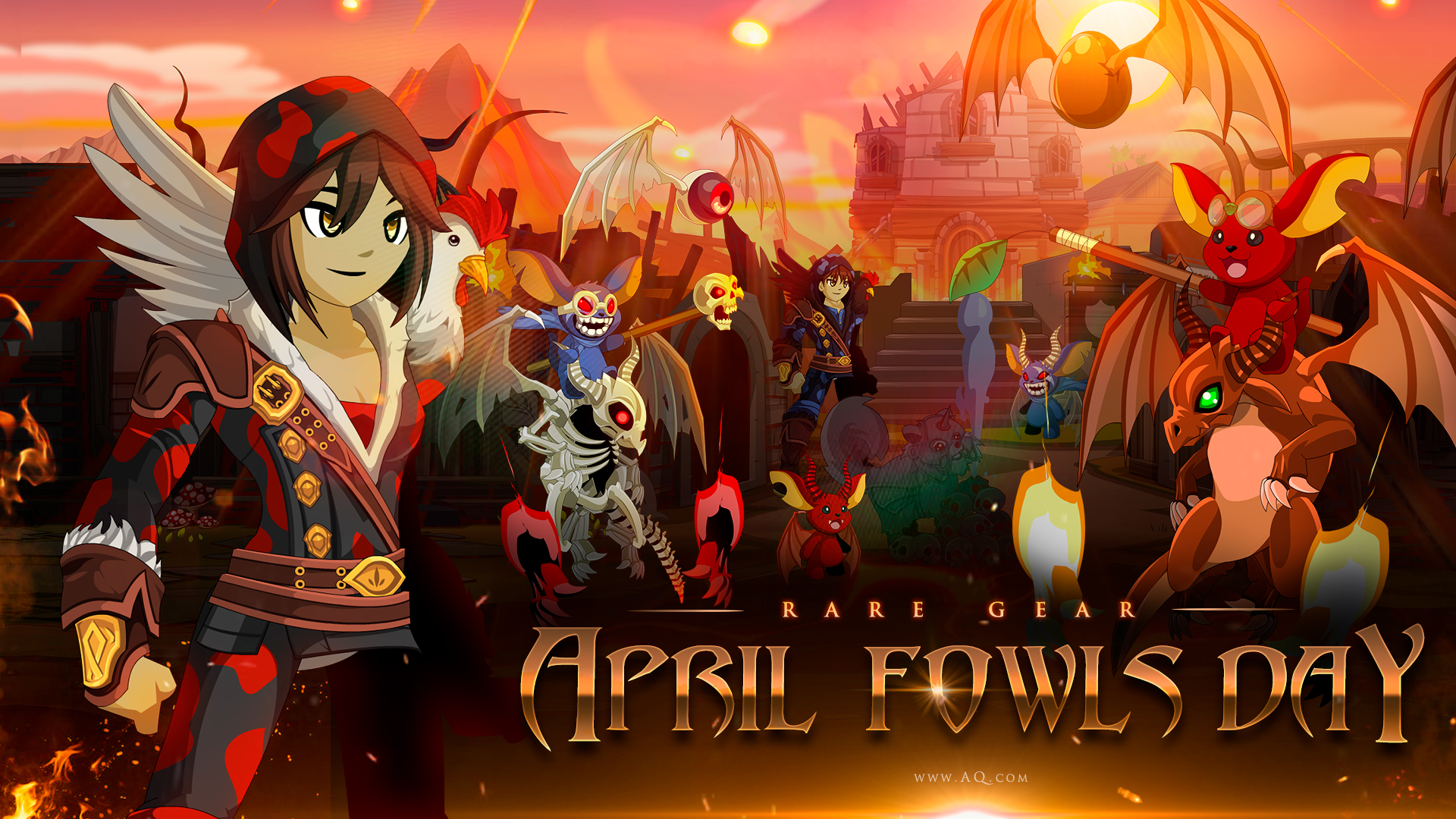 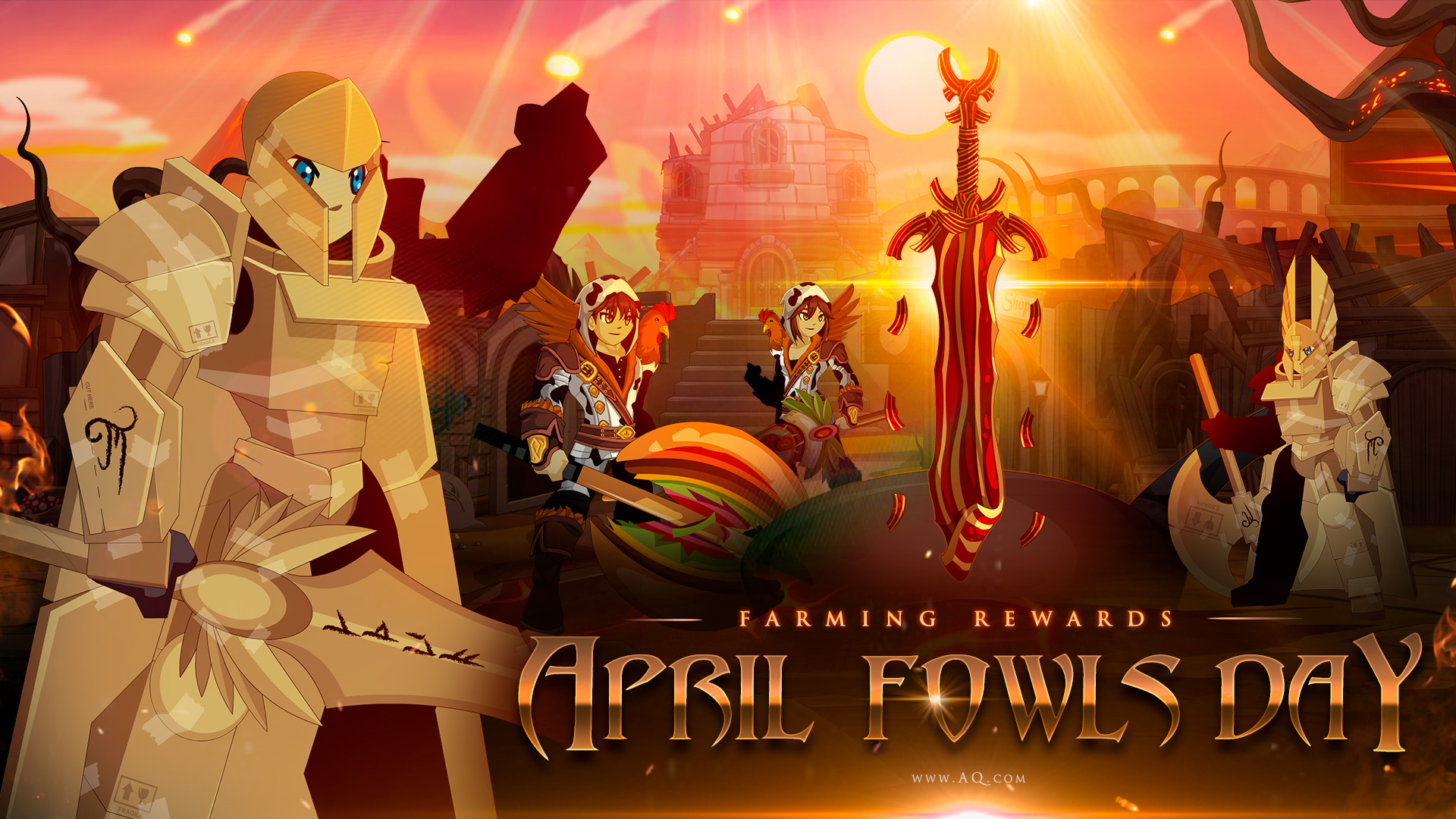 For those of you familiar with MMOs, this is familiar territory. But AQWorlds has never had a world boss done quite like this.** 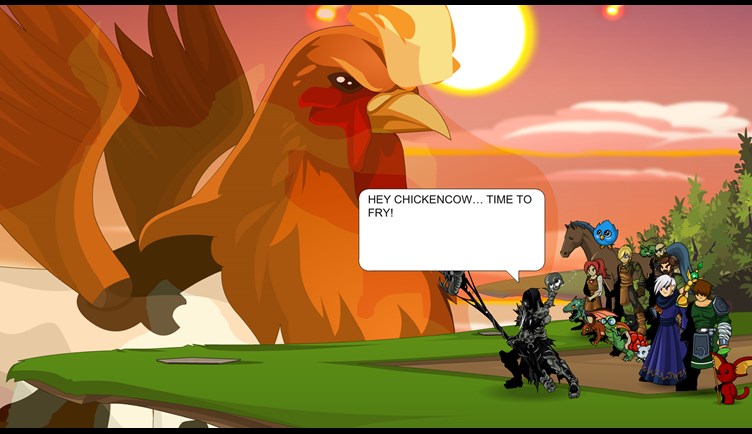 To keep your battle-frenzy focused, Captain Rhubarb, Spider, and Eht (one of our game designers + balancers) worked together to come up with a new system:

Every time you hit the Giant Chickencow, there's a chance you'll get a Fiery Feather drop. NEAT! Save these up to complete Cysero's quest to collect merge shop resources.

Note: Since this is an April Fools event, we can break ALL the rules. That means once the event is over, we're going to reset the world boss health meter so heroes who couldn't log in this weekend can have a chance to take it down + collect the Fiery Feathers.

** It is a lot like a war, but instead of all your attacks -- and the attacks of other heroes -- helping to RAISE a war meter, we're all helping to take DOW the HP meter of the boss.

It’s going to take a lot to fund the repairs, but we ALWAYS come back better than before, and with your help, we'll do it again! Talk to Cysero to help fund the rebuilding of Battleontown. 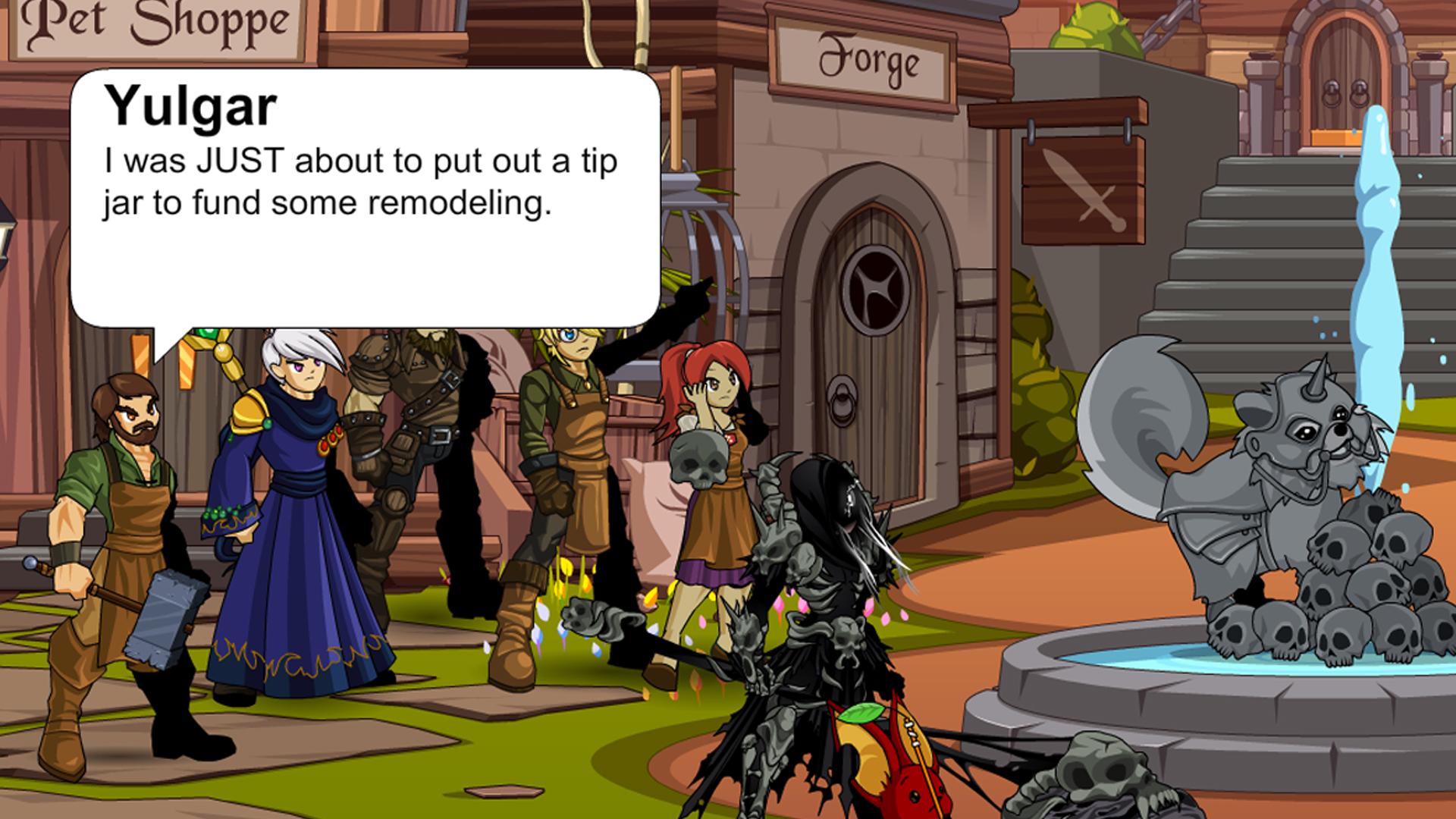 We really need the help, because Battleontown got WRECKED. While we are raising funds to restore Battleontown, the following zones will not be accessible, due to Health and Safety Violations put in place by the Battleon Town Council.

These maps will re-open next Friday, April 8th.

All good charity drives come with a goal board... and rewards for reaching them. We're no different! Donate building supplies to Cysero to increase the Reconstruction Meter and unlock new rewards when we begin repairing Battleontown's buildings***** next week.

***     Buying building supplies beats direct donations.
****   These supplies will not take up any inventory spaces. They’ll go straight to the Construction Sneevils and will increase the Reconstruction Meter at the top of your screen.
*****  Most of the exterior areas of town will remain the same. We're focusing on building interiors + new features next week!

A high-steaks Chickencow Egg-vasion is happening now across 5 Artix Entertainment video games. Have you herd about the meat-eor!? That comet moooving through the sky has crashed... and its actually a legen-dairy egg! MooTube videos from Unrelia-bull sources show it crashed in 5 different games. "COW-BOOM!" The big egg-splosion unleashed... The Chicken Cow Egg-Vasion! 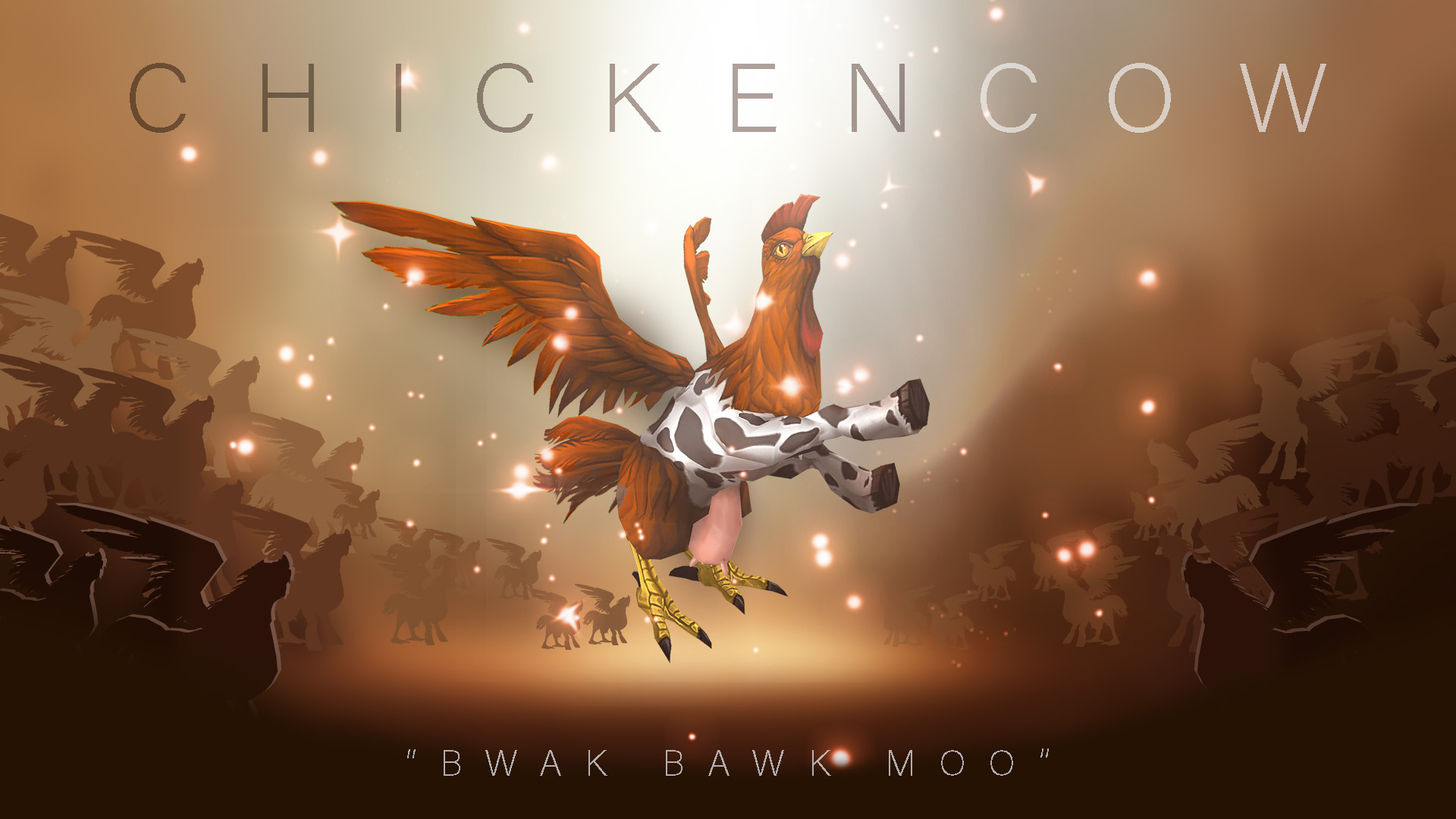 Stop the Apo-COW-lypse in 5 games O_O

It is udder madness...