Making and creating new forms of gameplay and new mechanics can be a tough but rewarding journey. Despite being filled with seemingly infinite amounts of work and pitfalls, we still always strive to produce the best experience for all of our players.

The April Fools Meateor event is an example of new gameplay, mechanics, and even potentially new game modes. For our Dev Blog #3, I’d like to discuss our approach, mentality, principles, and how we put together this event.

Intentions Behind the Design

In reality, the Meateor event breaks down into several smaller events.

As this is a combat-oriented dev blog, we’ll focus on the first two.

Gold Donation
This drive was fairly simple: built on the bones of the AdventureCoin gifting event we ran over the winter holiday, this was a good opportunity for us to put together a community-driven experience with rewards and real cooperative goals that everyone could work towards.

Gold farming methods have been rapidly evolving, but ways to use and spend gold have been lagging behind in comparison. We’re still working on more meaningful ways to spend gold throughout the game, but saw this as a good opportunity for everyone to make a real, impactful difference to the game by spending gold they’ve been saved throughout the years.

Truthfully, the plan was always for the highest tier of rewards to be achieved; they were all carefully planned within the community's abilities (and the stashes of gold you all had stored away!). And you’ve proved us right, smashing right through the ONE TRILLION GOLD target in a week and a half! 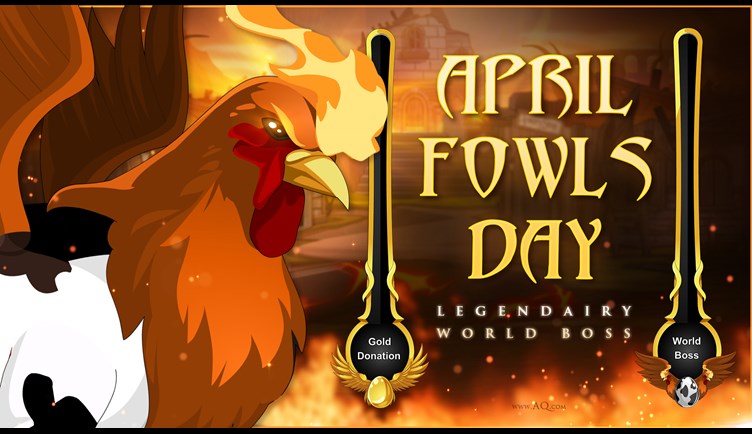 World Boss
The second part of this event was creating a World Boss for everyone to fight at once. The days leading up to the creation of this boss were... let's just say... very hectic. Our original plans were to create a war with only one enemy, and over time (and several brainstorm meetings), that idea refined into creating a single monster that everybody could fight at the same time. BUT...

The idea for adding World Bosses came about simply as the natural conclusion of having large scale boss fights and a single enemy war. The way for World Bosses to exist was paved by the Live Event test bosses that Yoshino** appeared in the last month.

While we didn’t plan for those to lead to World Bosses at first, your feedback to them let us know that you really enjoyed this sort of event. That gave us the confidence to put the time and effort into fleshing the idea out more.

The development of this was an all-hands-on-deck approach, giving us a crazy and work-filled week, and couldn’t have been done without the help of all of our developers. But what we created was something really special that we've never done before in this way, and the very positive responses we saw from you guys made all the effort worth it. 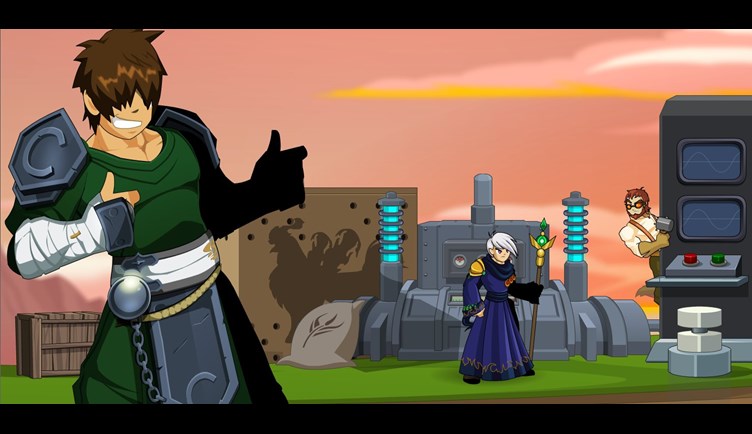 *An event similar to this was done many years ago, but it was mostly manually orchestrated.
** Reens' right-hand general, the dev responsible for all of the item set-up plus some of the map-building, bug fixes, and GOOD chaos happening in-game.

Creating this boss gave us a new event type that acted as a massive community-oriented activity: everyone would fight the boss at once, and everyone would receive a reward at the end of it. This paired very nicely with the community-focused gold drive.

Our solution was to break the event into multiple parts: two events each having two motivational categories, one for personal motivation and one for community motivation. 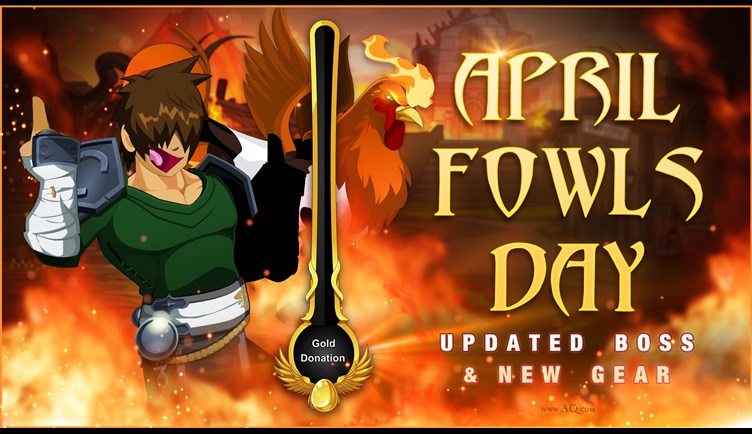 Out of all of the donations in the gold drive...

After the defeat of the World Boss, there were numerous requests for the boss to return, or a new way to farm Feathers to appear. Using these personal factors to drive the community targets ensured participation across the whole event.

When we're creating new gameplay and mechanics in a game as established as AQWorlds is, one of the challenges we face is accounting for how the existing community plays the game. That might sound strange, but building habits and patterns and routines are a part of playing any game, and when we introduce something new, it can take a bit of time to get used to.

To help with that, we often borrow ideas from context-sensitive design to assist us in deciding how best to proceed. That means we take into account:

Put simply, the goal is to slowly evolve gameplay elements to match what we envision, rather than simply dropping it into the game.

For the Giant Chickencow, this meant we wanted to borrow as many existing elements and mechanics as we could to make the addition of World Bosses as smooth as possible.

How did we do that? We presented the World Boss system as an evolution of our existing war system. We reused visual elements that already existed and were well understood, like the war meter as a boss health representation, instead of creating completely new visual elements to show it.

However, this doesn’t come without its potential pitfalls. Borrowing existing elements helps everyone understand new mechanics. But it also means they bring any knowledge or misunderstandings they already have.

To solve this, we had to figure out an effective way to communicate that this was a completely new mechanic, while still borrowing existing knowledge to make understanding it easier.

So what does this mean for the game, and where are we going next?

Based on the extremely positive response from all of the class changes earlier this year (where we focused on more detailed changes and quality of life adjustments), we plan to continue this trend, and will add in more soon.

This next batch won’t be as rigid as the first, and we’ll be deciding what classes we edit as we review them. We already know we'll be starting with:

These edits will likely come slower than the first batch, as there’s other ongoing work.

As mentioned in the previous blog, these aren’t all necessarily buffs; some may be, but the primary focus is to make the classes more usable and feel better to use, especially relative to when you’re expected to obtain them.

Alongside these, we will continue our minor edits to Non-OP pvp classes. These were previously put on hold to wait for fixes to PvP bugs. The edits will be very light, and made on duplicated classes that only function within PvP areas.

An exciting way to get you all a deeper look into the class balancing process will be coming soon as well, so you can look forward to news about it in the upcoming weeks.

Next Tuesday, you can expect to see the first in a new series of official live events, hosted by Yoshino. Keep an eye on his Twitter account for more information and previews.

BlackSmithing: this is another big question on everyone’s minds. We’re shooting for a summer release. The goal is for them to function similarly to awe enhancements, activating an ability under certain conditions.

Unlike the awe enhancements, however, we can make these more interesting, activating off of skills other than the autoattack, and using a cooldown instead of a chance activation system.

The details for this are still in development, and plans are still being formulated. BUT you can expect them to be unlocked in a similar fashion to awe enhancements, involving some quests based on your blacksmithing reputation and then being accessible to purchase.

We may try some more unique mechanics with these, as well. We're planning on effects like reduction of enemy dodge, immediate damage, primary stat supplements, and more. All of this is still being worked on, though, so everything listed here is subject to change.

So.... what did you think of this dev blog post?

Tell us on Twitter at @AqwClass and @Alina_AE, or join the official Artix Games Discord Server to share your feedback with us directly, and discuss it with other players!
~ Eht

*** The team has tentative plans to return the class later this year.