Build Back Battleon... But Better

Battling together, we triumph yet again!

After the Giant Chickencow's Meateor crashed into Battleon, the heroes of Lore banded together to defeat our first-ever world boss. This weekend, log in and /join meateortown to battle a seasonal event version of the boss & create all-new reward gear!

Other gear in the merge shop includes:

* These items were originally rewards from the Flaming Feathers quest. The rewards are now very VERY low drop rate monster drops. We're talking between .6% - 2.5% to keep it fair for the heroes who farmed last week.

The meateor DESTROYED town last week, so we asked the heroes of Lore to help raise gold to rebuild... and WOW, did you come through! Log in for the 1st round of updates: Yulgar's cap increase to 20, new interior art in several buildings, and more! 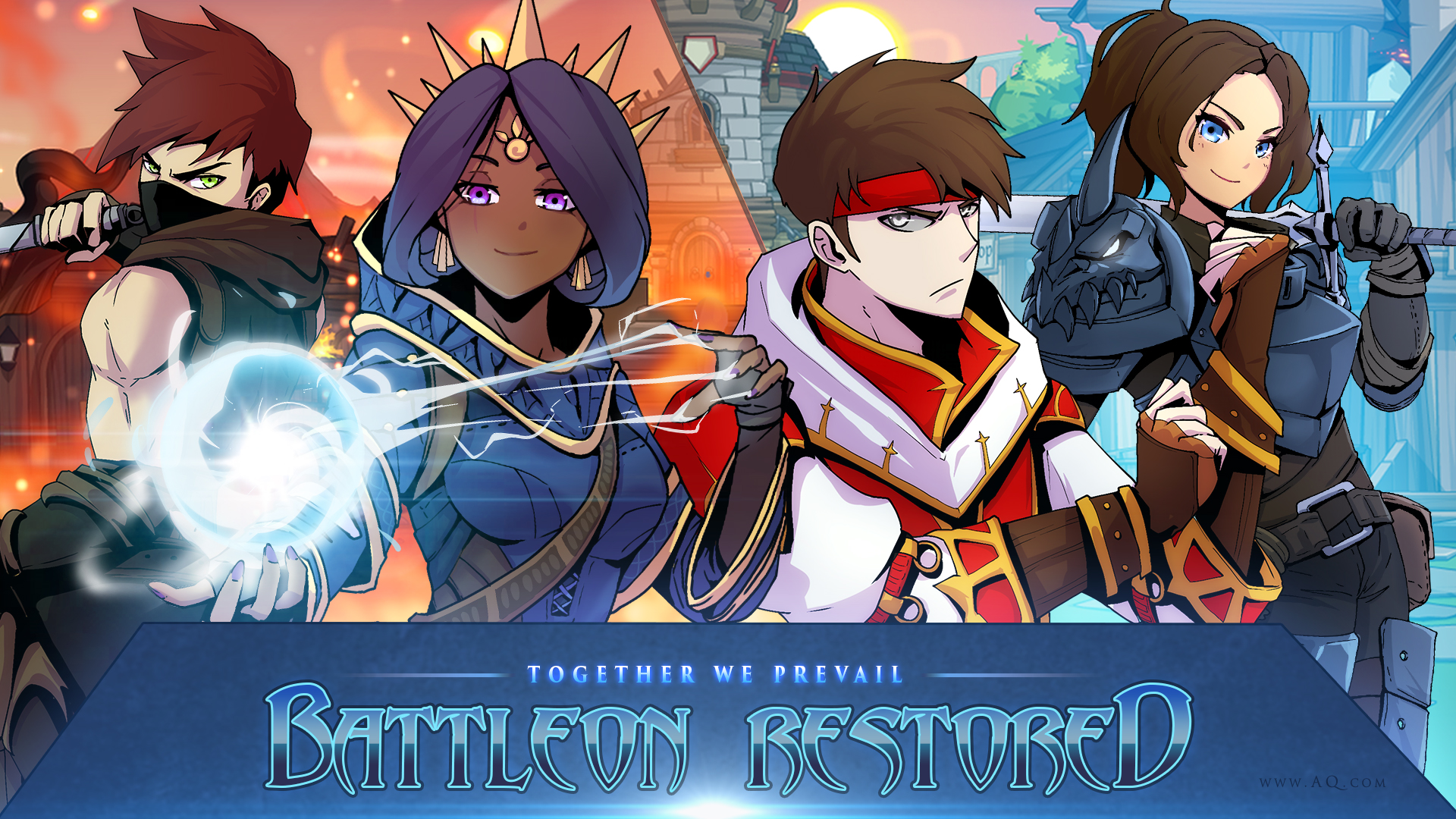 The Guild Hall has been replaced by the BASE Camp, headquarters of the Battleon Adventurers, Seekers, and Explorers Guild! There are so many adventures, quests, areas, and challenges in the world that it can be hard to keep track of them all. That’s why you can talk to Treasure Hunter Z and browse the Explorer's Guide Book if you’re looking for something new to do.

Got a favorite adventure that you'd like more players to know about? Tell us what else you'd like to see added to the Guide Book!

The exterior of the town has not been redone for two main reasons: 1) to keep it as consistent as possible with AQ:Mobile and 2) the townspeople like it that way. But in all reality... if you're REALLY eager for some new gardens or landscaping, share your thoughts and we may update more in a future release.