Last week, you traveled with Valencia back to her childhood home to celebrate Frostval. But when her cousin vanished, she needed your help to find her... and fast! This weekend - With Trissa's life on the line - your adventure continues! Starting tonight, our Frostval 2021 Wilde Hunt WAR is on!

While Valencia sneaks into the feasting hall to uncover the mystery behind Huntress Valais, an ice-cold onslaught of monsters is ahead of you.  Your victory, and Valencia's discovery, are the key to seeing Frostval morning's rising sun.

This week, we have several updates for you as we race towards Frostval Eve: 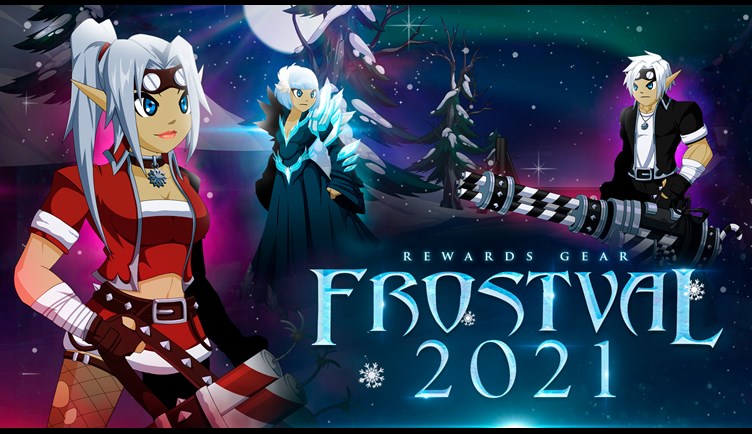 We've got more reward gear than Xanta Claws, and it's all yours this weekend... you'll just have to fight for it! If you've already completed the first part of our Frostval adventure in /mountotzi, you can head straight to the new event in /otziwar.

How wars work in AQWorlds:

If this is your first time participating in an in-game war event, read on!

Frostval is tomorrow, but our new update's here NOW!

It's time for SLAY bells to start ringing! Our Frostval Shop + Drops update is live! Log in now and battle Gifthulu + Huntress Valais for new item drops. Check out all the new gear in the Huntress Merge shop in /otziwar. Have a safe, happy, VERY MERRY holiday, heroes! 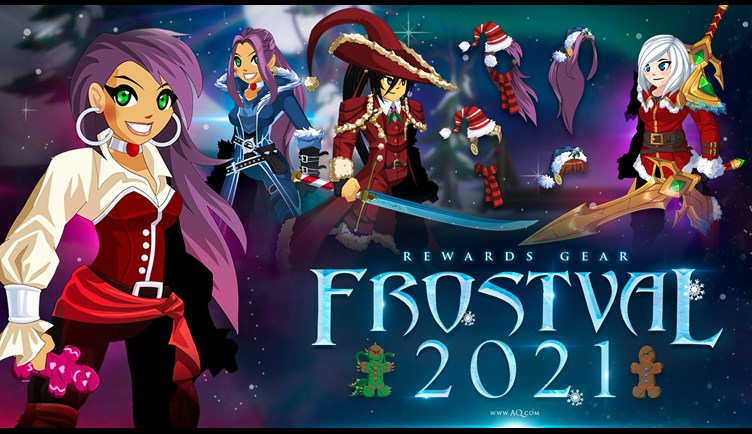 Late-Night Reflections on our Gaming Community

(Edit: this was posted around 2 AM on Christmas Eve, on Twitter) As I sit at my desk listening to the cat snore... going over the gear the team's gotten set up for the release coming later tonight, I've been watching videos from community streamers like Korey and MsVyris.

This has been a crazy few years. One of the brightest spots has been seeing all of the community leaders and creators out there - the streamers, guild leaders, giveaway hosts, fan artists, etc. The time and effort you put in is a huge part of why our community is incredible.

One of the big topics of discussion in our team meetings the last few months is how we can continue shining a light on the people and groups helping make the game and community more fun for their fellow heroes. This is something we'll continue focusing in the next year.

For those of you who out there now, making videos, holding guild events or giveaways, creating art... thank you. You are Artix Entertainment. You're why we're here. I can't wait to see what we do together in 2022.