It is December 29th, 2021. The Eternal Dragon of Time shifted the clock forward, and we're beginning our New Year's Eve celebration TONIGHT at www.AQ.com! Log in and /join newyear to play through our seasonal New Year's maps, battle event bosses, and collect rewards. Then join us this Friday as we add in even more reward drops and 2022 event rares.

Starting tonight, you'll also be able to re-play through all our previous New Year's events in...

And don't miss the New Year's 2022 Rares gear! Find the Temporal Aurora and ChronoReaper sets, plus the Auld 2022 Syne weapons in your Game Menu starting tonight. 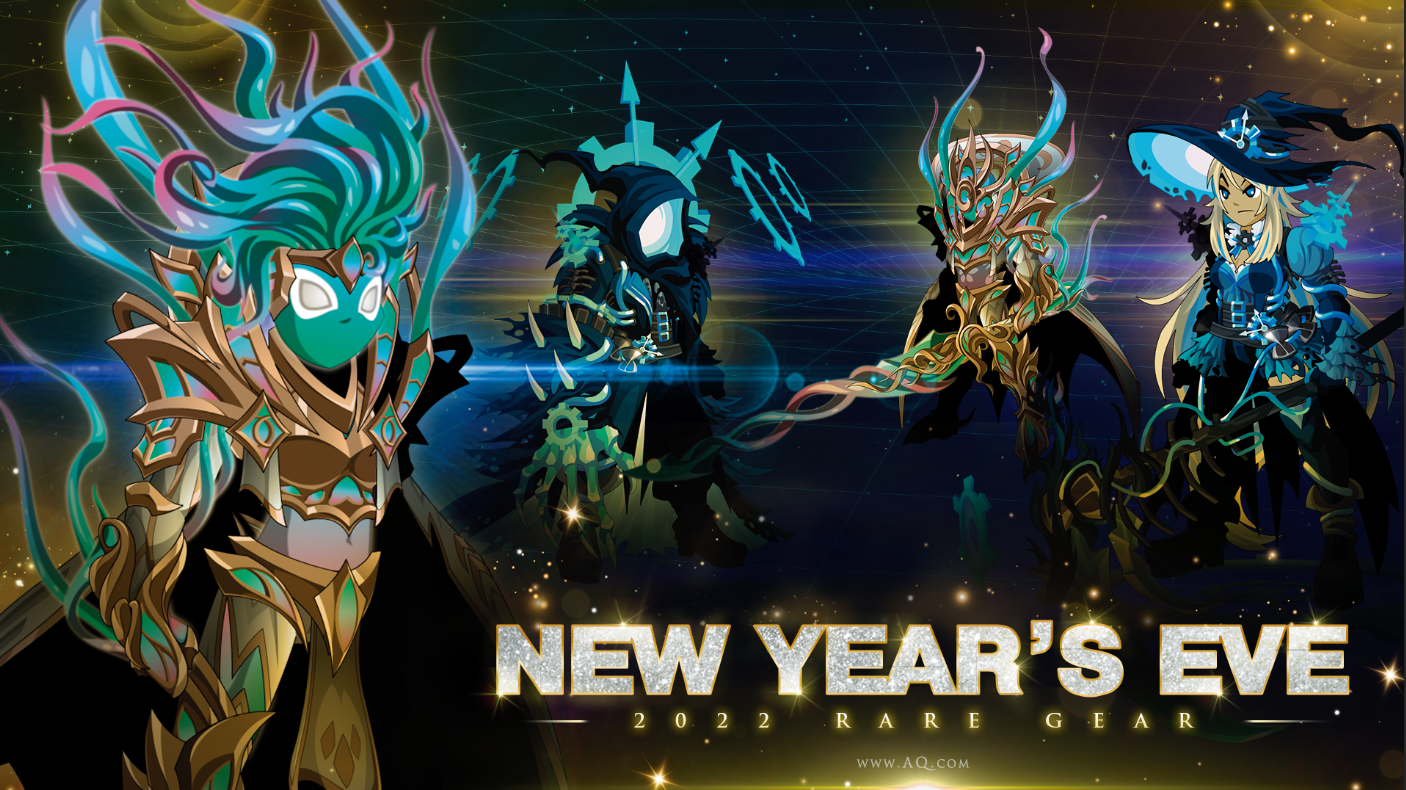 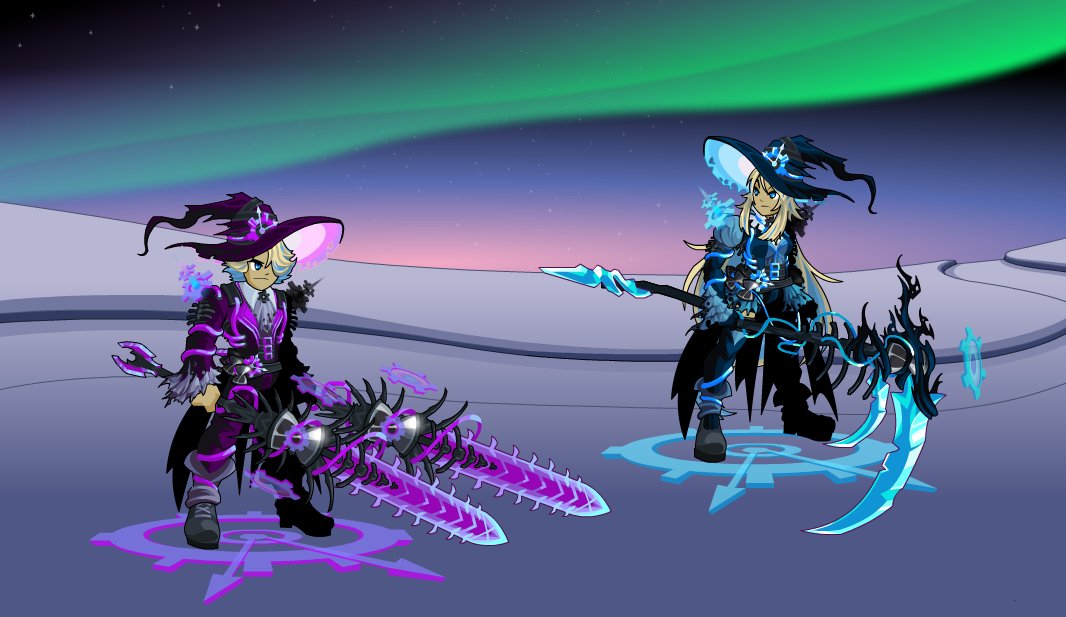 Plus, Tinsel's Giftboxes have opened to reveal the NulyClaws set... 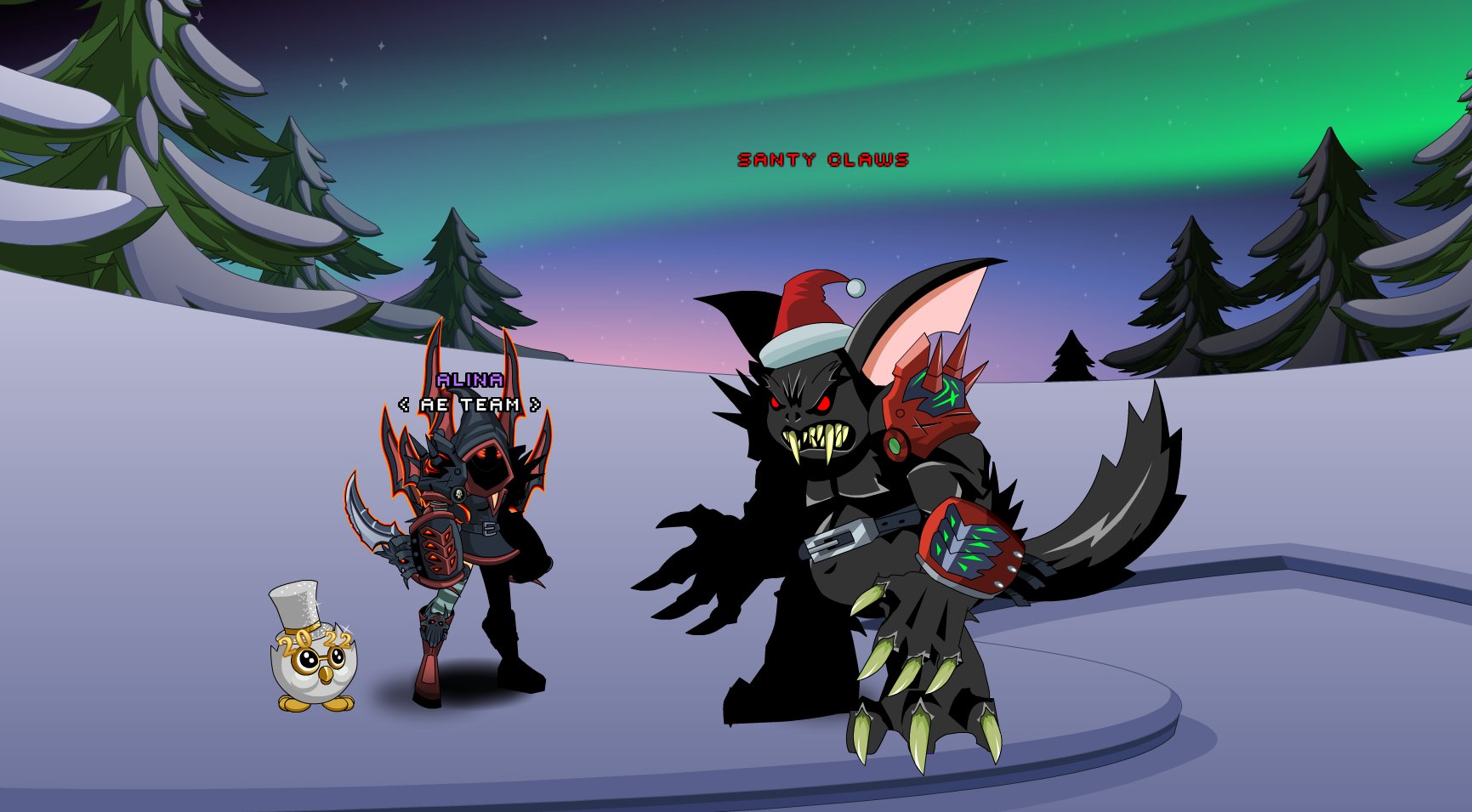 and the Temporal Agent is now available in the HeroPoints Merge Shop! /join HeroMart and talk to Stryche to find out more about how you can unlock each of the items.* 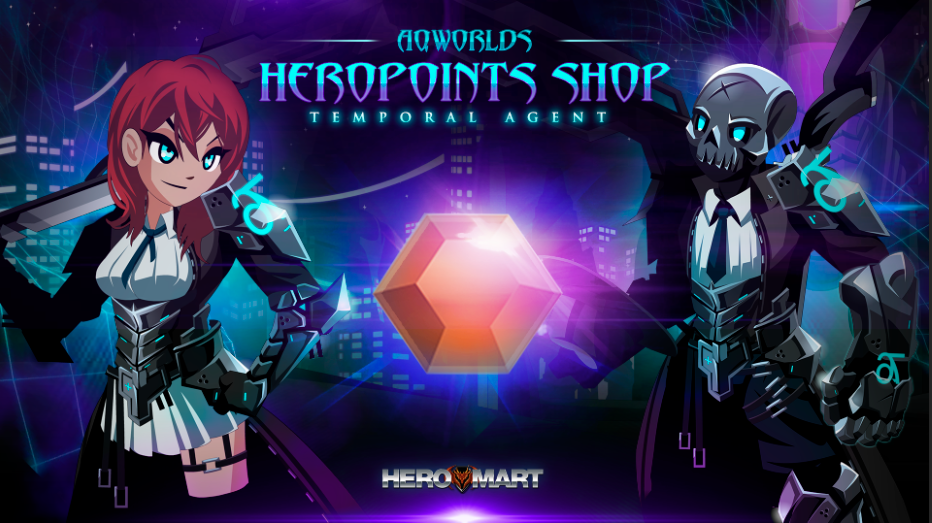 And the SnowStalker Set is now available in Twilly's Treasure Chest!

In just a few days, we'll celebrate a new year. October 2022 is Artix Entertainment's 20th anniversary. All year long, we'll feature content inspired by some of our game universe's most memorable events and items. Tonight: battle Drakaths from AQ, DF, AQWorlds... and Drakath the Eternal! 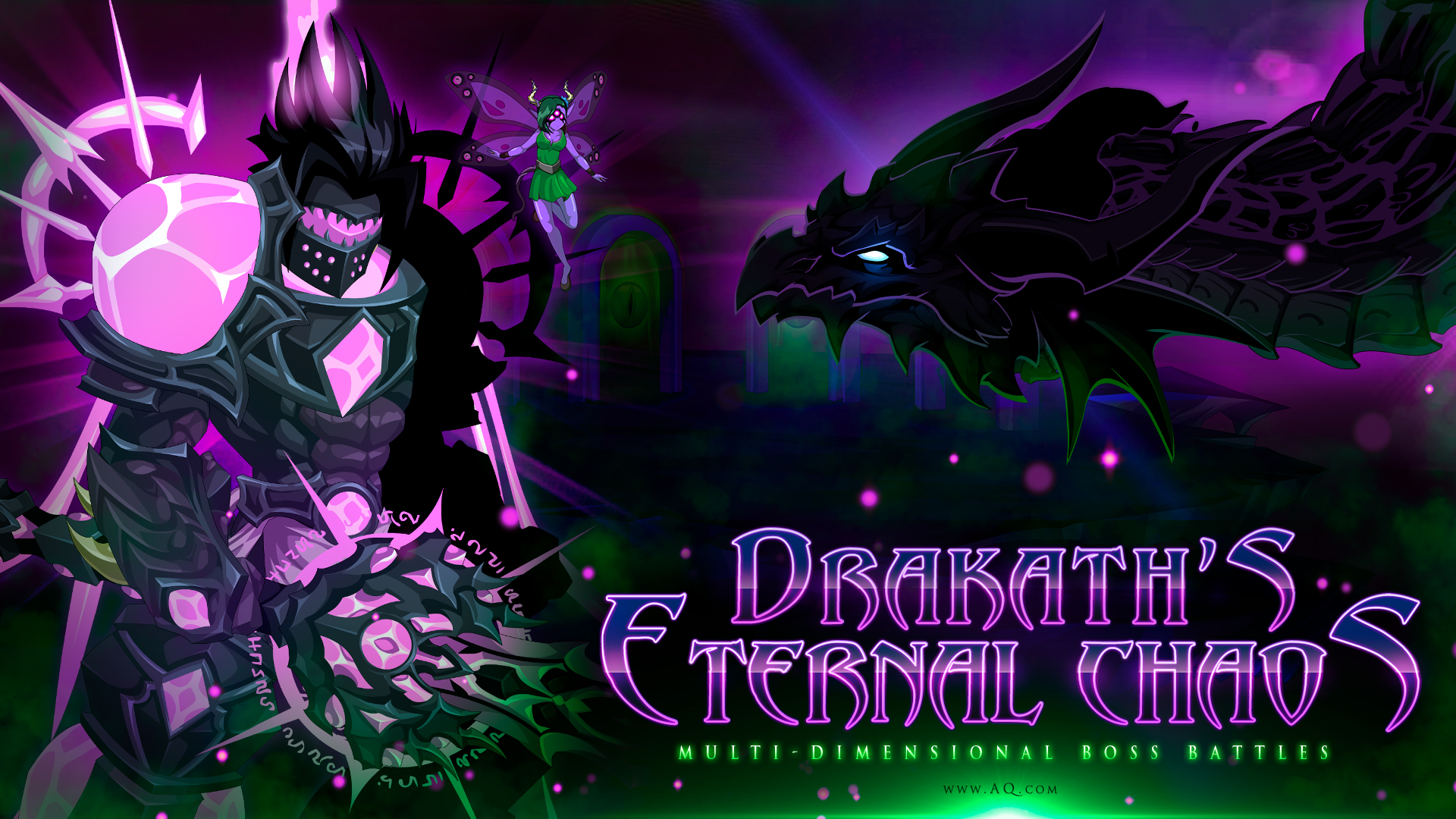 If you're impatient for 2020 to get here (like I am) take out your rage on the 2021 Ball monster as you wait for it to drop and ring in 2022. And while you wait... It's TIME to REAP the rewards of the first part of our New Year's release! /join eternalchaos and battle the monsters there to collect Reality Shards to create rewards. 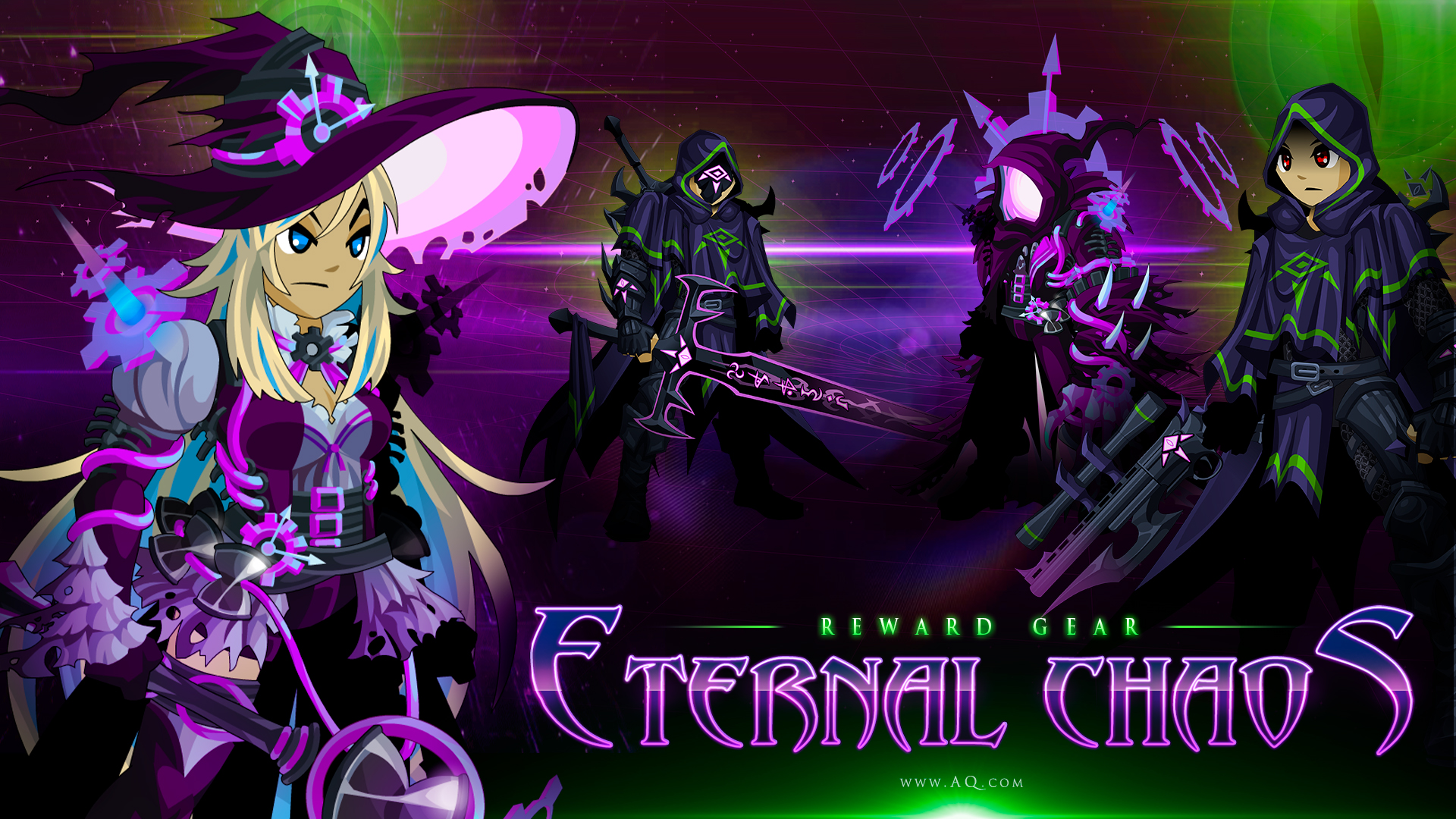 We hope you're having a fantastic holiday with your family and friends! Thank you for battling alongside us throughout 2021,and for supporting us with through purchasing Memberships and AdventureCoins! We've got plans for an amazing, crazy, and AWESOME 2022, and I can't wait to battle alongside you all as we build it together!

Battle your way through the first adventure of 2021 as you race to stop the rogue Chronomancer, Au'eir, from releasing the Chronocide and destroying time itself!

The Chrono-Phoenix is a part-organic, part-mechanical creature created to track the cyclical death and re-birth of the year. But its gears are going haywire, and if you don't help Lucca the Chronomancer fix it, 2020 might NEVER arrive!

A new year dawns for the Yetis of EverFrost Valley, and a new generation of their warriors is ready to undergo an ancient rite to welcome the new year. You are the first human ever invited to join in the ritual slaying of the ice spirit Chillbite, Guardian of the Valley. On December 29th, celebrate the new year with your new tribe… if you survive!

Corruption will result in alteration of existing persons, places, and things in Lore. Correction required before countdown expires or changes will become per-pe- *static* SIGNAL LOST.

2016 is starting off with a bang.. and blasts… and an attack on Northpointe by the Queen of Monsters’ new Captain, Goregrim! The forces of Good, Evil, and Chaos will need to come together, or Northpointe WILL fall!

With the defeat of the Chanpion of Chaos last summer, the Queen of Monsters has been released from her prison... and she is ready to show our world how little we REALLY know about the nature of monsters! Tonight's release continues the Rise of the WorldBreaker trilogy in the /Northstar map.

Tonight: Battle to reach Karok the Fallen, but FIRST you'll need to face don a mysterious new monster... one HE did not create, but who has been commanded to follow him. Coming FRIDAY, you'll be able to face Karok the Fallen himself! (And have a VERY small chance to get the DarkIce version of his mage armor!)

If we don't want Karok's horde of monsters to join forces with the QUEEN of monsters, it's time to bare our blades and BATTLE ON... or the future will be MONSTROUS!

Old and New Gear for the New Year!

Talk to Quibble Coinbiter in Battleon to get The Fallen Mage Armor with a 15% Class Points bonus! You can also talk to Lim in the NewYear map to access all the returning seasonal rares PLUS find the 2015 New Year's Ball house item in the New Year house shop!

For the 2014 New Year's release, we wanted to take some inspiration from the Chinese zodiac. 2014 is the year of the horse, so naturally this is what we've come up with...

In Norse mythology, Hrimfaxi and Skinfaxi are the steeds of Night and Day, carrying the chariots of the sun and moon across the sky. Their equivalents in Lore are Frostmane and Embermane, and Ulfgar (remember him?) is worried that something is wrong with them. Embermane, the Steed of Day, has gone missing and her brother Frostmane is keeping the land in perpetual darkness. It's up to you to find her so she can bring back the sun - and bring in the new year.

So then, who's that nightmare steed, you ask? Is he what's keeping Embermane from returning to the sky? /Join frostmane to find out!

Save the sun, Hero, or tomorrow will never come! When a Werepyre petitions the Nocturan Creed, guardians of the night, to ensure he will never be harmed by the light again, you will need to work with the Lumina Votari to protect the sun and save the world! Journey across Lore to ensure that a new dawn - and a New Year - will begin!

2012 was the Year of Chaos, and we started the year off with a BANG! Literally! But tonight, you'll go BACK in time to meet Professor Iadoa (Professor Yana, anyone?), a famous Chronomancer who has been missing for decades. He should have stayed gone, though, because now that he's back... it's time for Chaos!
The New Year's ball frozen in place. All clocks have stopped.

Lim has returned to the frozen north to help is close out 2010 with a BANG! Literally.

Well, that's what he INTENDED but once again he can't get his science all in one bucket and he needs your help to stop the ever hungry Icemaster Yeti from munching on this gizmos and doo-dads.

We hope you guys have all had a great holiday. We all took a little time out of insane production schedule to spend some time with our friends and travel hoe to see family, but we are SO READY to get moving on all our plans for 2015!