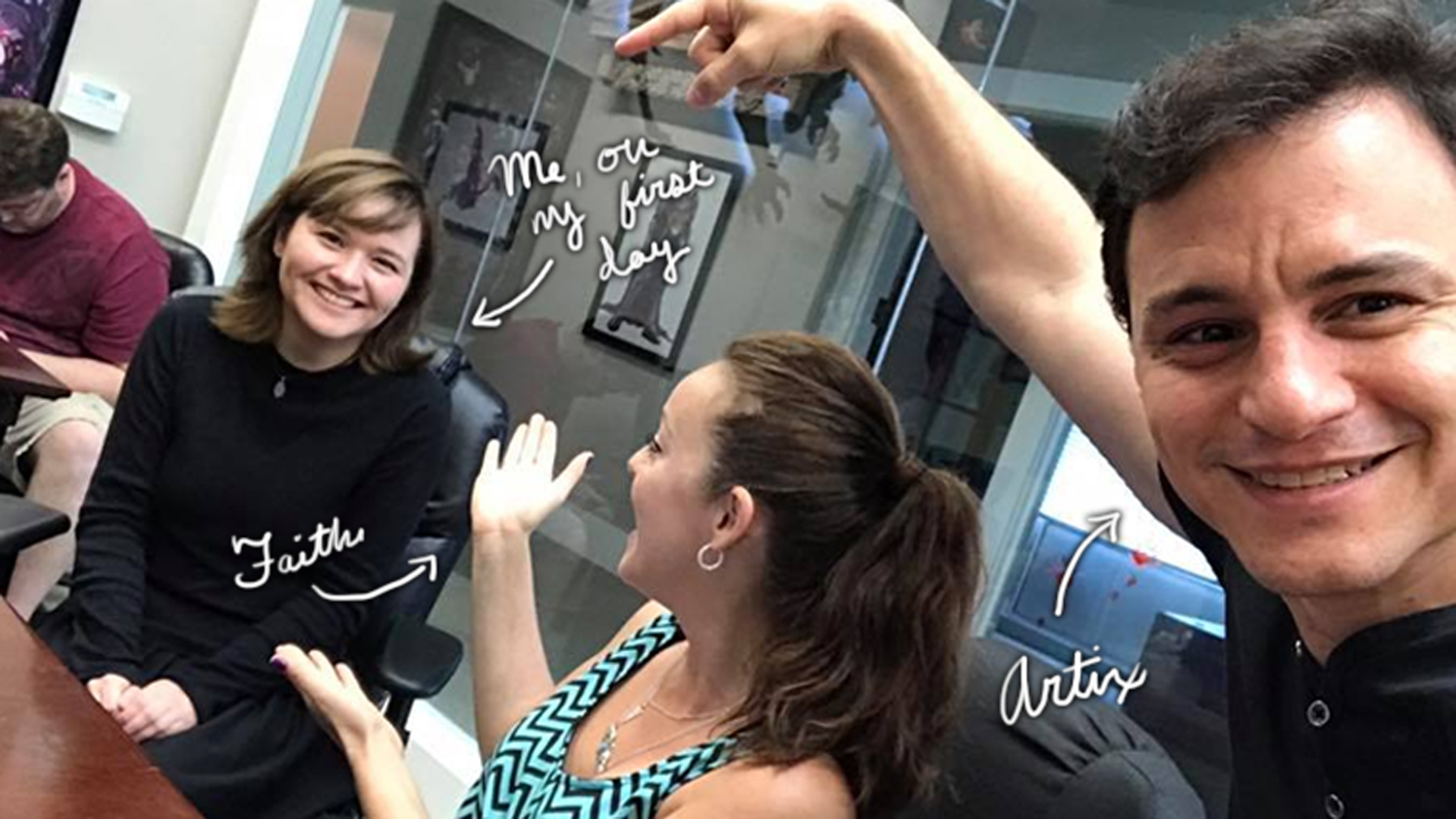 Hey everyone, it’s nice to meet you. I’m Winnie, Artix Entertainment’s summer art intern (some of you might remember me from when I took over the Secret Underground lab when I was 14… though that was a very long time ago). I know that a lot of you are interested in what it’s like to work at the Secret Underground Lab, and Artix and Co. thought it would be fun if I wrote up a quick rundown of what exactly I do here.

I started my life in an idyllic village just outside of the Shurewould forest, but after my hometown was raided by bandits and my family was killed, I ventured into the icy lands near Dragesvard to hone my skills as a warrior. I am here now to avenge the deaths of my family and childhood love, but a run-in with a familiar face forces me to confront the fact that blind vengeance may not really be the same as true justice…

Kidding. Much like most of you, I started playing Artix Entertainment games when I was a kid, and that’s when I decided it was my dream to work at a video game company. Unlike most of you, when I was eleven, I bothered Artix into giving me and my friend Kayleen an over-the-phone interview. I kept in contact, went to school to study Game Art and Animation, and got an internship for the Summer of 2017. Now, I’m back for my second summer of creating assets and helping out! (Cysero's Note: Before any of you get any bright ideas, this path only works once and she took it. You have to try another path. Read on for Winnie's very solid advice on becoming an intern)

At the office, I work in what’s called the Content Keep-- a huge, dark, open space in the middle of the office where artists (and Cysero) have their desks. Seriously, we had to turn on extra lights to make sure I could take the photo below-- we usually keep them off to reduce glare on our monitors and make sure our colors are true. The only sources of light come from individual lamps (like Yergen’s salt lamp, or fisn’s faerie lights) or from the programming room across the hall.

But What Do You DO There During The Week? 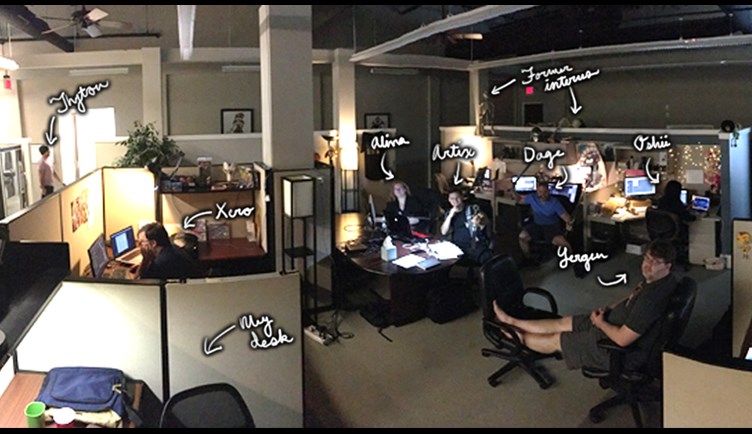 Every Monday, we have a weekly huddle where we get together in the Content Keep and discuss our goals for the week. Sometimes we throw around ideas (like when we brainstormed what this week’s Friday the 13th camps would be (Team Twilly!!!)), and sometimes we talk about features that are farther off (like when Dage asks for PVP… every single week). Mostly, it centers our focus and makes sure that we’re all on track.

During the day, I don’t have one specific task that I do. Some days I texture armor sets or weapons, and others I 3D model environment pieces and fun hats. I’ve even tried my hand at animation! Mostly, I’ve been working on armor sets, which is a real step up from last year, when I spent two weeks straight redoing the UVs on food items.

Fridays (or whatever release day we choose) are always stressful. It’s a rush to make sure everything is finished, functional, and tested before it is released (even if sometimes we miss one or two of those criteria… whoops). But despite that, my favorite part of working here is logging onto AQ3D right after a release rolls out. It’s really rewarding to see so many people enjoying something that I had a hand in making, even if all I did for that update was make a door or a table.

So... No Classic Intern Activities Like Making And Running Coffee?

I made coffee for Artix once, the first week I was here… he never mentioned it again, but I’m pretty sure it was so abysmally bad that he hired Vesper to do it from then on.

I started out doing more “intern”-y things like taking dictation for Artix and acting as a bouncing board for new ideas, but after a few weeks, Yergen realized that I was actually capable of doing 3D art and stole me away. Since then, it’s been art all day, all the time.

It also might surprise you guys that I don’t have any moderator powers or special items. I can’t summon giant monsters, ban players, or gift you DCs… I don’t even have a gold nametag. Sorry!

I Want To Be An Intern! How Can I become One?

Speaking only as an artist, there are a couple of things that were vital in securing my position here...

It sounds cliche, but the main reasons why I have been successful are perseverance and positivity (well that… and luck). I know that my story is one-in-a-million, but I never would have succeeded if I’d just waited to be noticed.

I Don't Care About That! Tell Me About The Office Dogs! 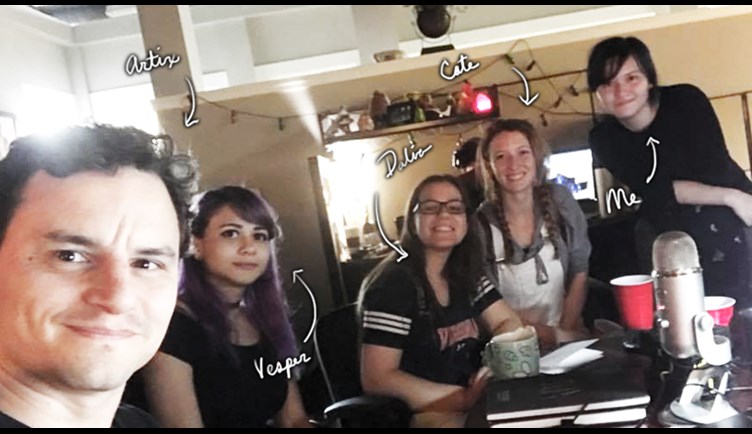 There are two office dogs named Suki and Rusty (though we are occasionally visited by a third dog named Romeo). I tend to avoid them because I’m allergic to them, but sometimes I can’t resist because they’re soooo cute. Romeo especially-- he’s a pomeranian, and loves kisses and cuddles. That said, they mostly spend time in Faith and Ai No Miko’s offices, so I don’t see much of them except at lunch.

He’s definitely the most unique boss I’ve ever had! He keeps us on our toes. Most of the time he sits in the middle of the content keep on his computer doing secret CEO-Paladin duties, but when he isn’t, there’s no telling what he’s up to-- joining and then withdrawing from a cult, researching and trying to acquire rare and expensive types of fruit, or playing the new beach music out loud on loop for three hours straight while he’s in a meeting… whatever it is, I can’t guess what he’ll be up to when I come in.

A lot of you asked if he’s really as positive and upbeat as he appears online, and whether he gets angry when he’s stressed. I can assure you that as someone who shared a desk with him for a month, he’s always working to see the good in other people and see the bright side of whatever situation he’s in.

What Can We See From You In The Future?

I don’t know! There’s a quick turnaround on all the stuff that I do, and a lot of the things I’ve been making are being saved for a rainy day. I’ve made a lot of cool stuff, though, and I can’t wait for you all to see it! 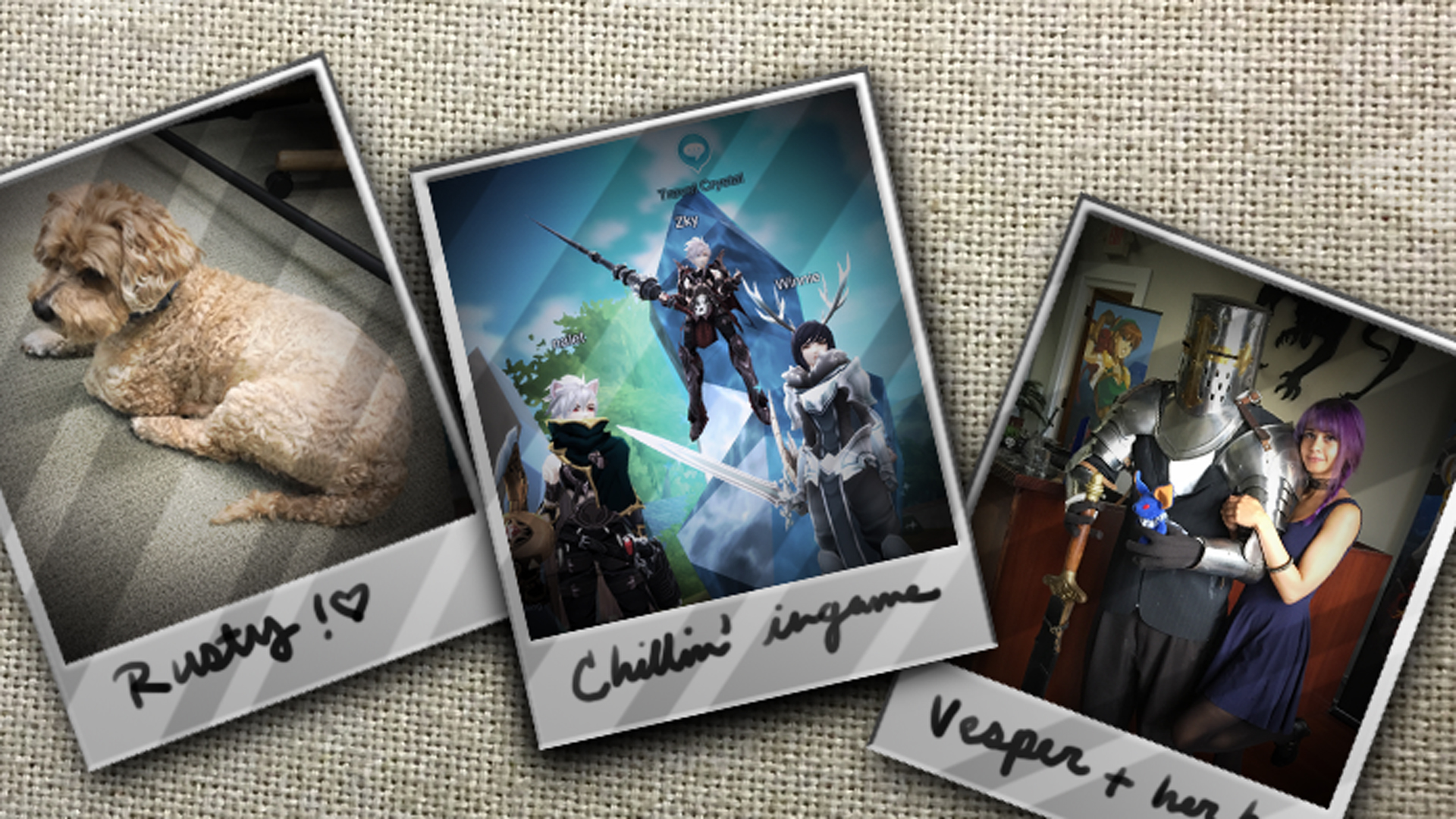