This week, as we're still preparing the script for this month's main story quest, we've decided to expand the walkable area of Book 3! It's time to explore the Sandsea! 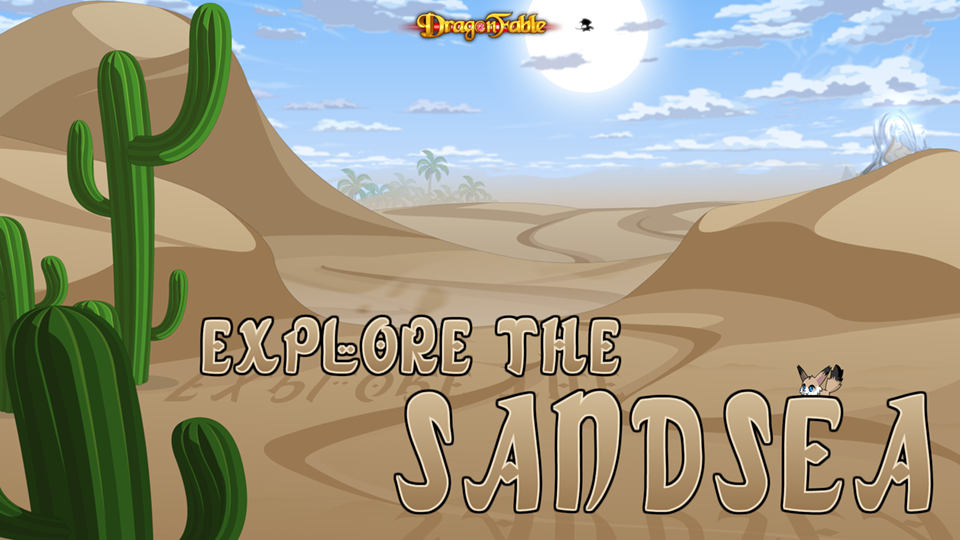 Discover the secrets of the desert, find quests and earn rewards! It is now possible to travel from Falconreach, through the crossroads, and into the Sandsea, to Duat!

What secrets are hidden beneath the sandy dunes? Don't forget to stay hydrated!

Head directly east of Book 3 Falconreach to seek out the Sandsea!

Also, the Thankstaking storybook is back!

Also, a couple of fixes went out this week!

And that's all for this week! Hopefully we'll have the nexty chapter of Book 3's main story ready for you next week! There's a lot of pressure on writing this next arc!