EpicDuel is at its core a PvP game, but we don't want those who crave PvE (and rating points) to go hungry for too long. The following bosses have received an update with tiered achievements. This means the achievements will increase in value the more their attached bosses are defeated. New tiers are achieved at 5, 10, 15, and 20 victories. If your achievement tier is currently "stuck" at lower tier than you qualify for, you may need to defeat the boss once force achievement to update.

The Techstalker promotional package is currently scheduled to leave the game October 28th! The cores/bots may return but the base weapons, armors, and achievement will be permanently rare once the package leaves the game.

It seems like we've been talking about this new feature for months (because we have), but it's finally nearing completion! We're excited to share previews and explanations of how this system will function within EpicDuel. Please remember that the prizes shown do not represent the final prize list in the finished Battlepass and the GUI may change between now and the release.

Battlepass will be a way for all players to earn new cores, weapons, home items, cosmetics, and currency just by playing the game! You won't need to do anything to participate. Simply logging in an interacting with the game should be enough to earn you a participation achievement and start collecting points towards the Battlepass' prizes. 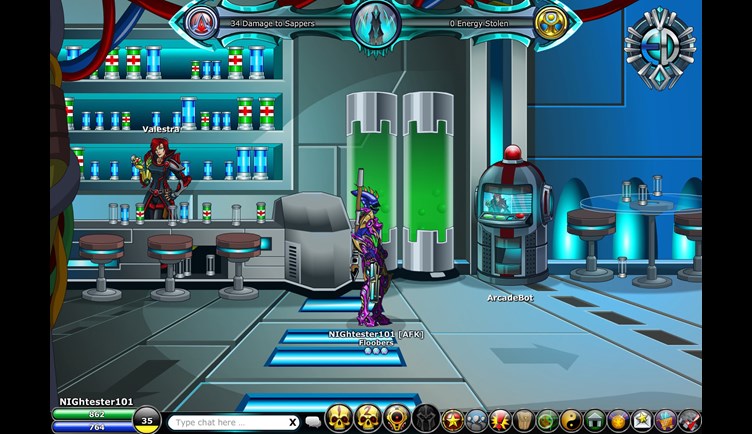 You can earn more experience towards the prizes by completing various challenges. Some are as simple as winning a PvP match or changing your hairstyle, while others are a bit more complex. As you can see below, there will be daily and weekly challenges. There are currently hundreds of combinations possible so there should be plenty of variety to keep duels spicy each day! 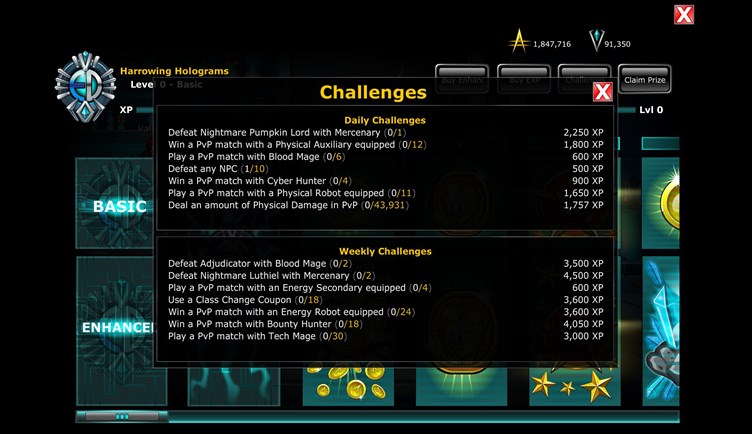 If you're stumped by challenges or simply don't have the time to complete them, you have the option to skip ahead a level of progression by purchasing an XP boost from the Battlepass interface. 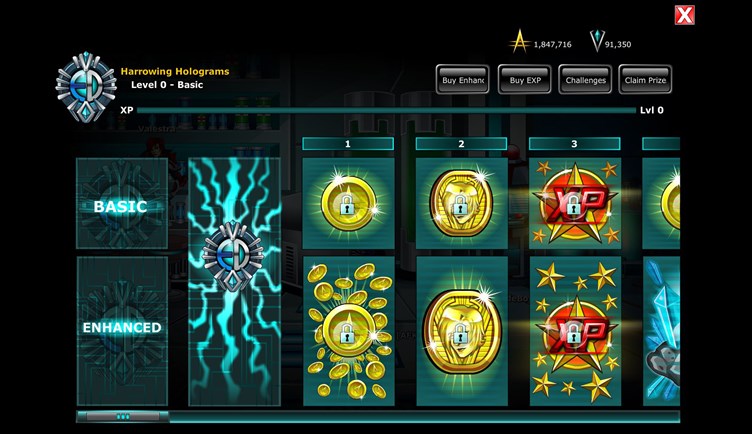 There will be two types of passes available: A Basic pass for everyone, and an Enhanced pass for those who want a more rewarding experience for their efforts. The Enhanced pass will include exclusive content, but efforts will be made to make sure the free pass is a rewarding experience on it's own and not fall into a "Pay-to-Win" trap common in so many other games that employ this feature.

Each Battlepass will be considered a "season" and will last about a month. We're still balancing the time/XP/ curves to make sure the grind isn't unreasonable to acquire all the content within a season. Currently, we're expecting Battlepass content to go rare after a season ends so there will be a decent incentive to play while it lasts.

Thank you for your patience as we continue to build this feature. We know the content has been lighter than usual, but much of that time has been devoted to creating the content that you will be able to unlock in the Battlepass. This has been a massive feature that should add much more variety and excitement for day-to-day play and allow new players an easier way to acquire the tools they need to compete against others in PvP. This feature should be ready very soon, and we hope it will be worth the wait!