Today's update with introduce some awesome new legendary items and legendary variants, but the real meat is the announcement of the first exciting new feature of 2020: Tournaments!

Titan and I have teamed up once again to develop a new feature for EpicDuel: Tournaments! Tournaments, as a feature, aren't completely new to EpicDuel. Some of you who have been with EpicDuel since...around 2012-2013 may remember the Golden Yeti Tournament, in which players who preordered the Omega Packages got a ticket to participate in a tournament. Over a period of 2 weeks, ticket owners accumulated points for 1v1, 2v2, and Juggernaut victories, and the competitors with the most points would earn achievements and prizes based on placement. In this case, the top 100 players would earn an achievement to indicate their placement and the coveted Golden Yeti bot, one of the rarest items in game. 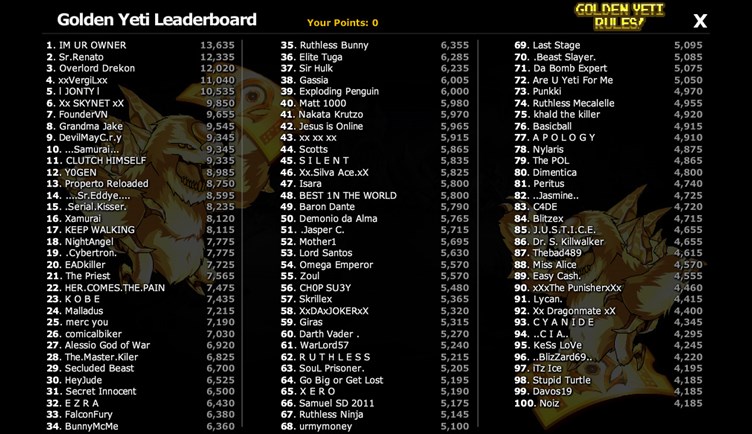 This system was cool and exciting, but unfortunately, it wasn't built in a way that would allow expansion or re purposing for future events and was removed entirely from the engine some time after the event concluded. The new tournament system is being built fresh, with some inspiration from the original event.

With the new system, tournaments can be scheduled in advance with a set time. Each placement tier (Platinum, Gold, Silver, and Bronze) can receive different prizes. Tournament tickets can be included with promotional packages acquired in-game or both. When the time period to enlist in the tournament draws closer, it will be announced to offer a chance to participate to as many people as possible. The feature is still under construction, but it's coming together very quickly. Hopefully, we'll see some old characters from the old phases dusted off to attempt to climb to the top of the boards once again!

Some beautiful new Legendary weapons have been added to the shops on Titan's Peak in Frysteland! They'll definitely make amazing additions to any collection!