Commander of the Stars Preview

If you've been doing PvP battles since last weekend, you've likely acquired some new April Fools themed weapons. Going off that theme, we've released fourteen new CC sword variants to the PvP drop pool! Can you collect them all before they leave?

Commander of the Stars (Preview)

Acatriel and Bido have been cooking up a grand feast for you with new weapons, new armors, new styles, and 2 new boss fights!

This week was a blitz to complete more work related to gifting rewards, but luckily Acatriel, Bido, Deuce, and Spider are still able to develop new content and features to keep the game moving along!

Keep watching the stars and prepare yourself for the coming cosmic onslaught next week! 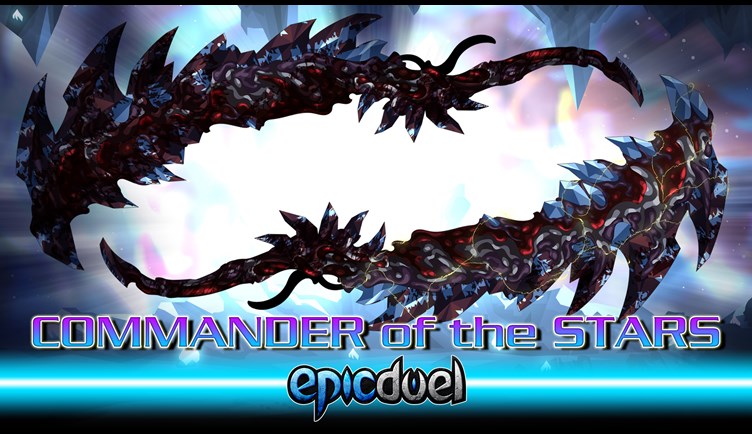 We haven't forgotten the outstanding list of suggestions and features for improvements to EpicDuel! Here's a short list of some features currently in-progress!

To be clear, these features do not have an ETA, but more details will be revealed as development proceeds.