Cores, cores, cores, and more in store for you in EpicDuel's latest balance update. Plus, bid farewell to the Sea King's Gear as it is leaving very soon!

The following changes have been implemented to mitigate the extremely powerful nature of the cores:

The following cores have been changed:

The Sea King Gear promotion has been around an outrageously long time (nearly a year), and it's finally time for a new package to replace it. Get ready for the Titan's Dread package coming next week! The primary weapons are pictured below, but the full promo will include sidearms, auxiliaries, and an armor. 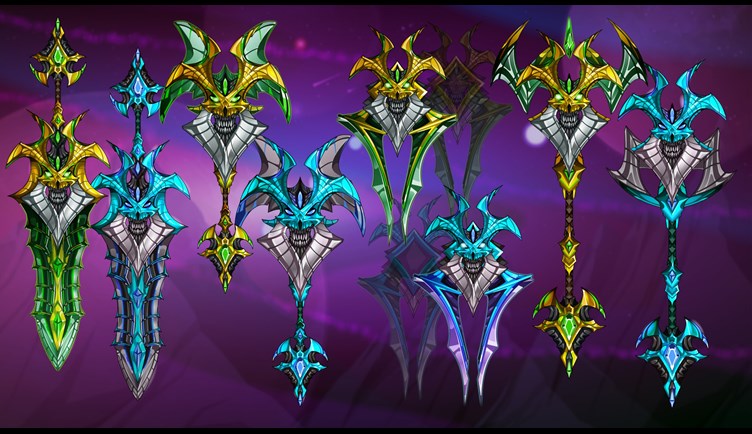 Next week will be your last chance to grab the Sea King promo with the Sea King achievement before it is officially replaced with the new Titan's Dread promo next Friday!

With this update, the war cooldown will be extended another week for 2 reasons: 1) To better coincide with the new promotional package, and 2) to give me a chance to catch up to the War Prizes which I've fallen regrettably far behind on.