Do you know the full story of Dage?

If you are new to AdventureQuest 3D, then you might be wondering what all this buzz about the "Undead Legion" and "Dage" is about. Or, even if you are a long time Undead Legion fan, you might not know the full story of how it started. This post is for you. 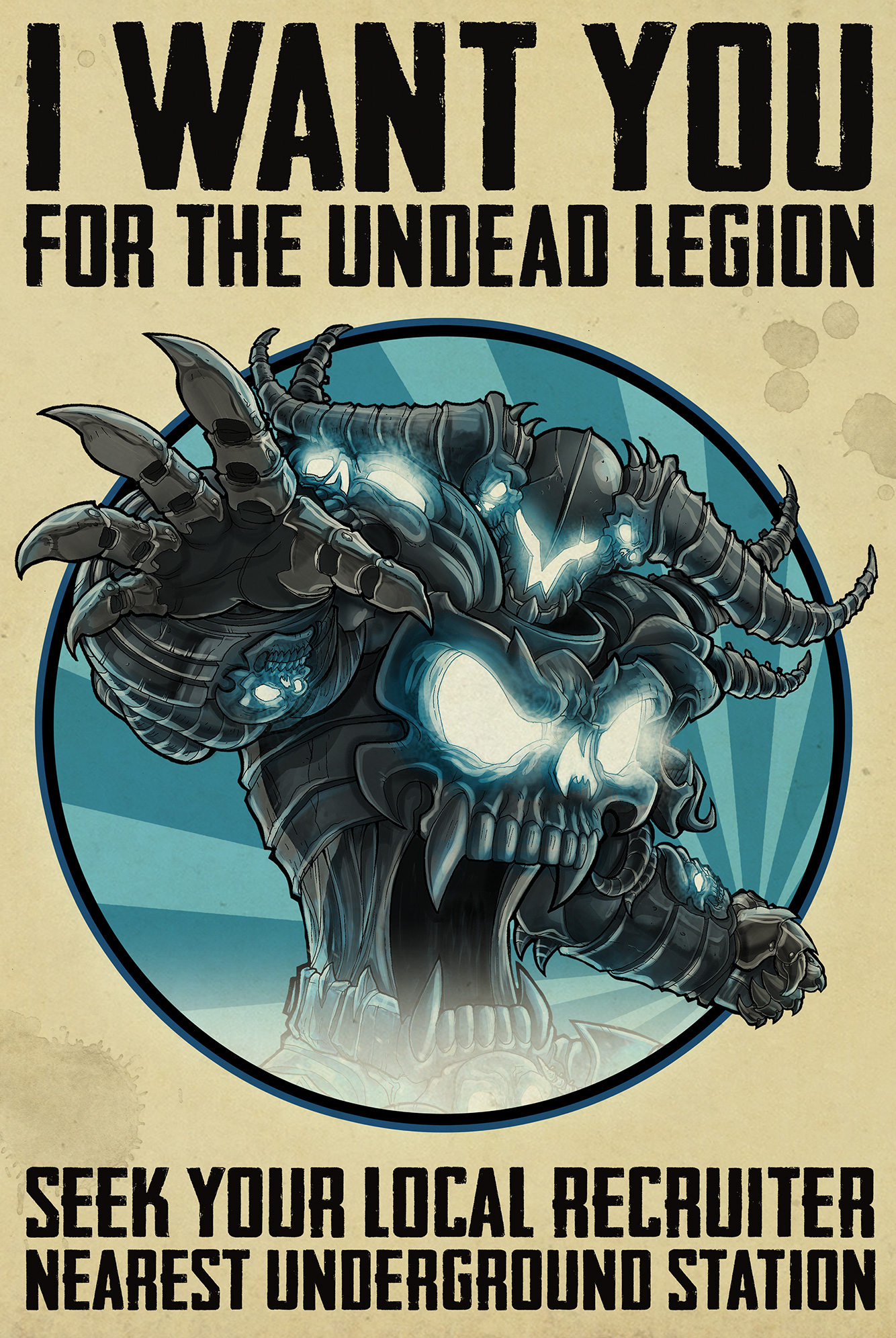 Across our online video games, Dage's Undead Legion is a force of the sentient and free-willed undead. Unlike the mindless and soul-enslaved undead minions which are tightly controlled by Necromancers, Liches, and DoomKnights... members of the Undead Legion are free.  You can easily identify a member of the Undead Legion by their glowing blue eyes. They are powerful and as undead, on the brink of immortality. To shed their mortal coil and gain this power, they sign a contract with the leader of the Undead Legion, Dage-- who creates powerful weapons and artifacts at his legendary soul forge in the Underworld.

The origin of Dage

You can learn the backstory of Dage by playing through "Dage's Underworld" in AdventureQuest 3D. Simply talk to Vost who is in town right now. But it is common knowledge that Dage started as an apprentice to Nulgath, the Archfiend, who controlled the deepest levels of the Underworld. As a piece of real-life gaming history, in the 2d web video game AdventureQuest Worlds, players fought on both sides of a war where Dage rebelled and attempted to take over the Underworld. Some wicked animated footage resulted from it.

But surprise, this story... is actually grounded in Game Developer reality.

Many popular Artix Entertainment characters are the alter-egos of real-life developers. Dage is in fact, one of our video game community's favorite artists. Not just because his art is amazing... but because, if you did not already know, he started as a player. Growing up on the original AdventureQuest, Dage was a superfan of our games. He submitted art to our various contests. His early stuff sorta sucked. But the staff, and other players, saw as he relentlessly kept at it... getting better with every piece of art. 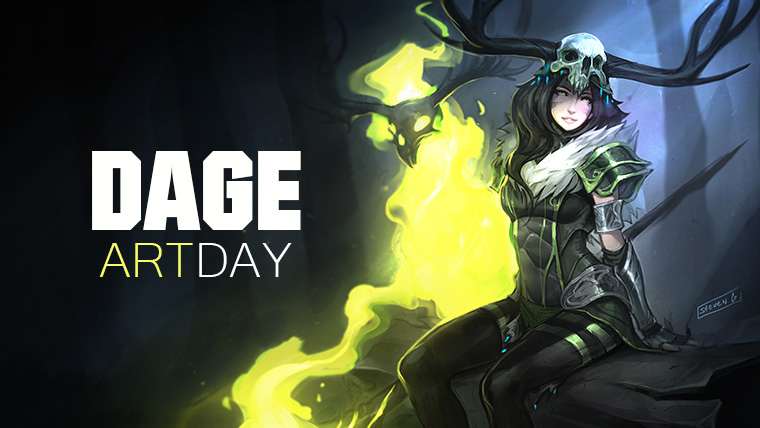 Not long after we released the game, AdventureQuest Worlds, I asked our artists including Nulgath to each choose an apprentice from the online community. (OMG, he was REALLY Nulgath's apprentice!?!?). Yup. But Dage's skill grew quickly. They got competitive. Players noticed-- and jumped on the budding rivalry. To be completely fair, it was perfectly fine for everyone to love both of the artists... and oh yes, we did. (and still do.) They deeply respect and admire each others work too, but do not tell anyone, that would kill the hostile vibe. 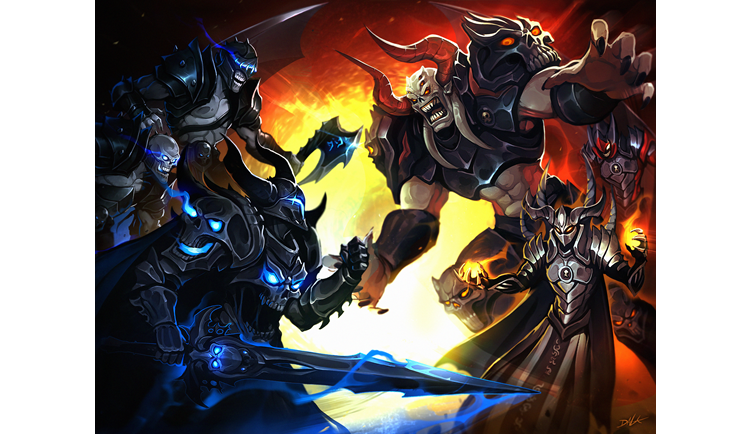 Dage builds the things he loves

And that is skulls... LOTS AND LOTS OF SKULLS. You can make a strong argument that Dage is Artix Entertainment's "Darkness factory". We don't hold him back. And you can see it in every piece of art he makes. 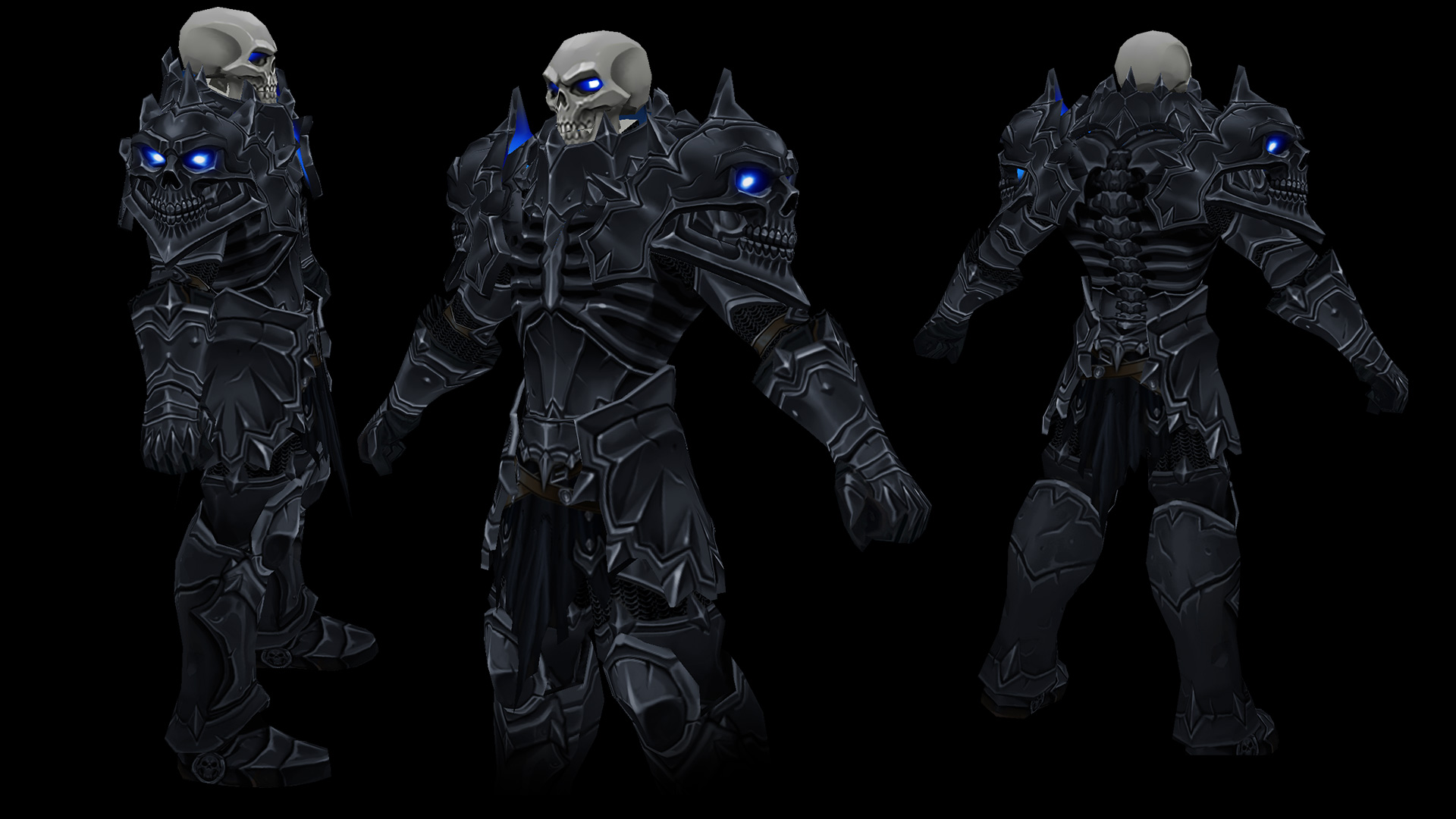 If you are a creative person doing art, music, writing, or any other passion-- I would like to tell you Dage's secret. Because I think he unknowingly figured out the secret to success and happiness. Having watched him work for nearly 10 years now... he does one thing  over, and over, and over. What is it? Surprise. He makes art. LOTS OF IT. When he gets here at the lab for work, he warms up by drawing some art. Then he does at least 8 hours of drawing art. Then... he goes home and does his personal art. (OK, sometimes he gets lost in a video game frenzy-- we all do).

He puts artwork of his favorite artists who he strives to match the quality of on his side monitor and studies their style, and keeps drawing. He is always drawing. During our meeting... he is drawing. As I am typing this... he is literally drawing right now. Well, technically digitally painting textures for AdventureQuest 3D. But you see where I am going with this. If you truly love what you do, like Dage loves art, I implore you to dive into it with all of your heart. Keep doing it, and keep leveling it up. I really look up to Dage. He found his passion and even when most people would say "good enough" he just keeps raising the bar. 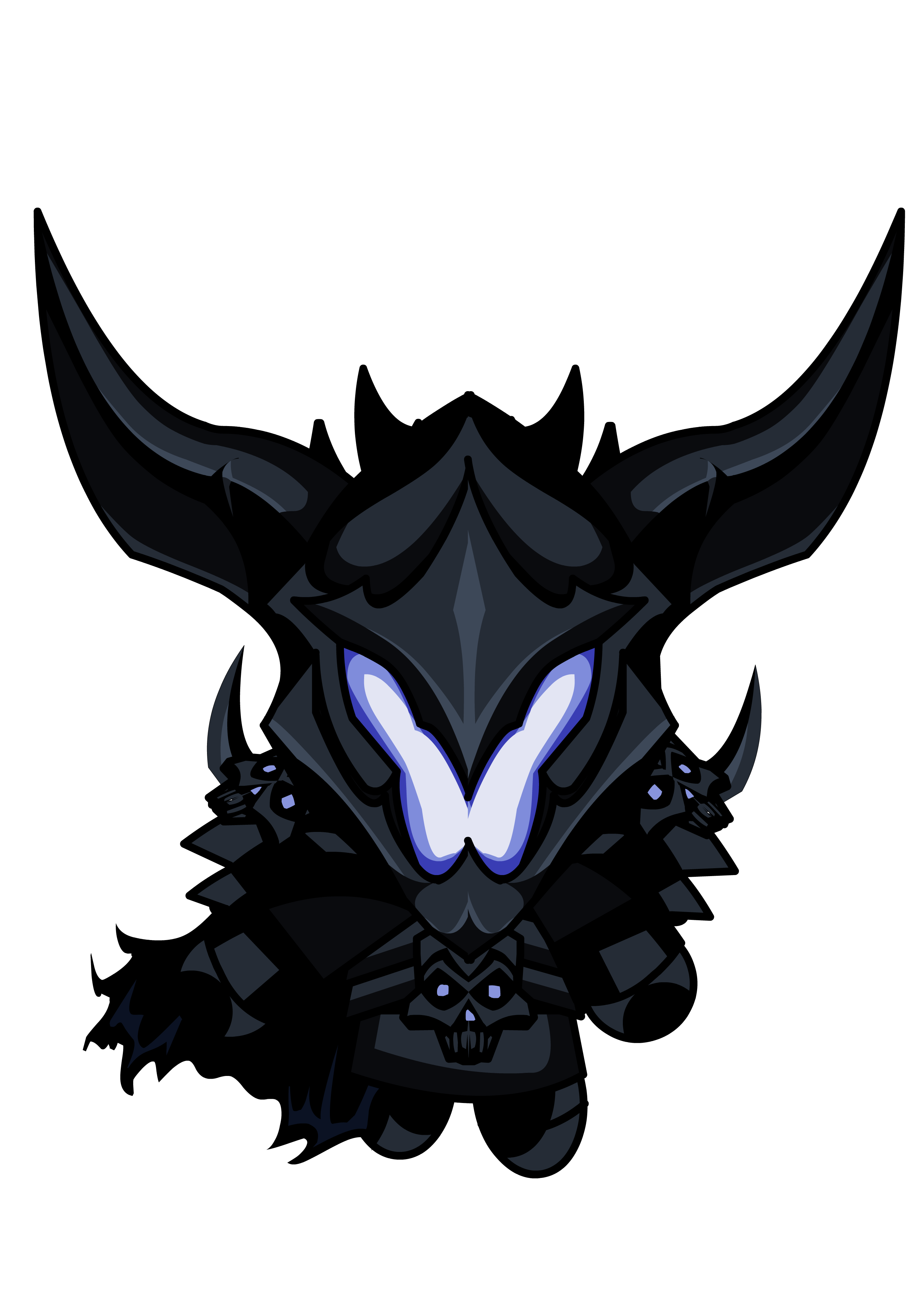 He, uh... he draws more art.
This year for Dage's real-life birthday, he went out with fellow Artix Entertainment artist, Charfade, and created a giant chalk drawing art of his pet Iguana, Kahn. (Yes. Like "Khaaaaaaaaaan!") 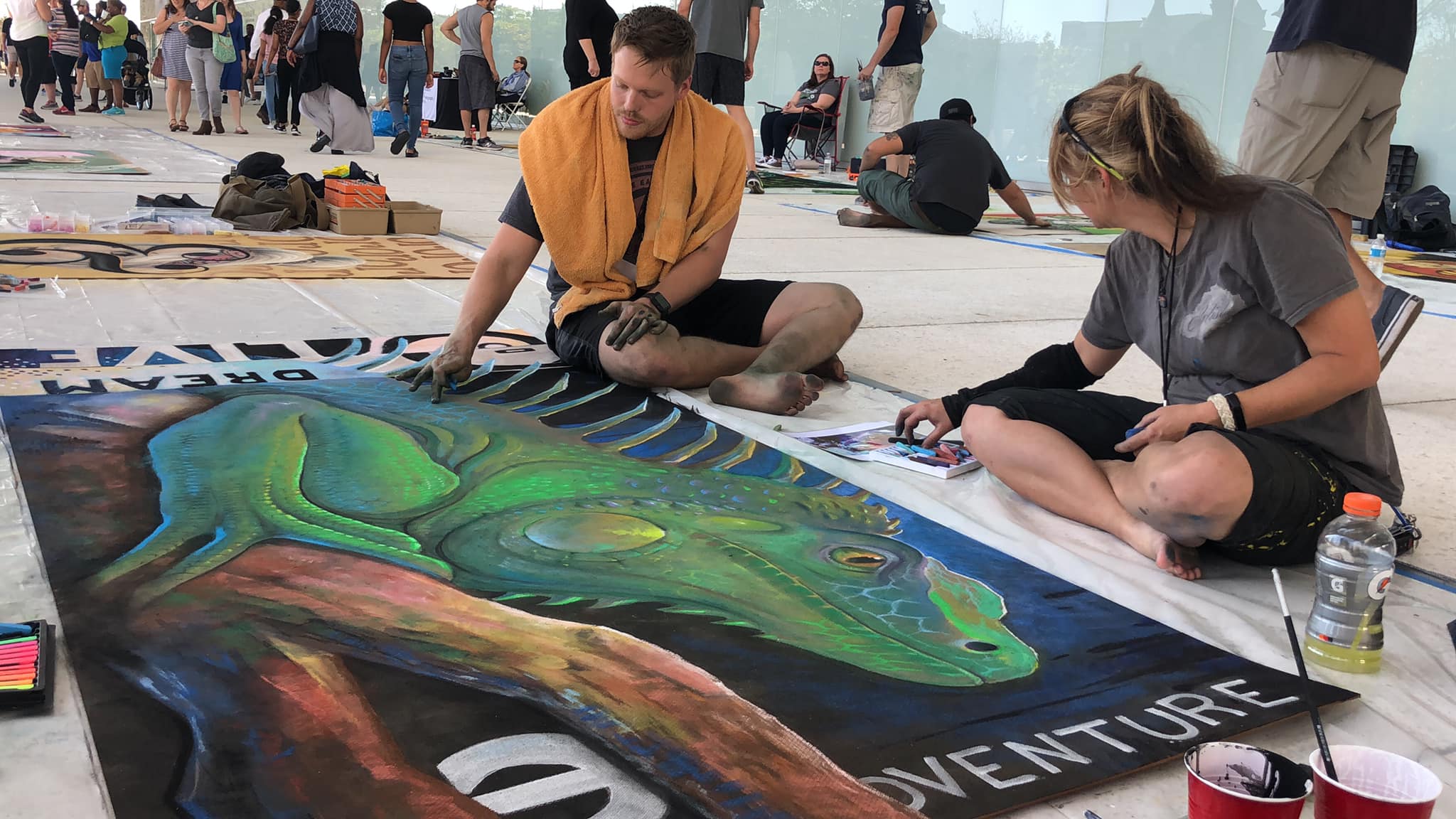 Then he followed that up after he got home by breaking out the pastels  *coughs* more skulls on a canvas. 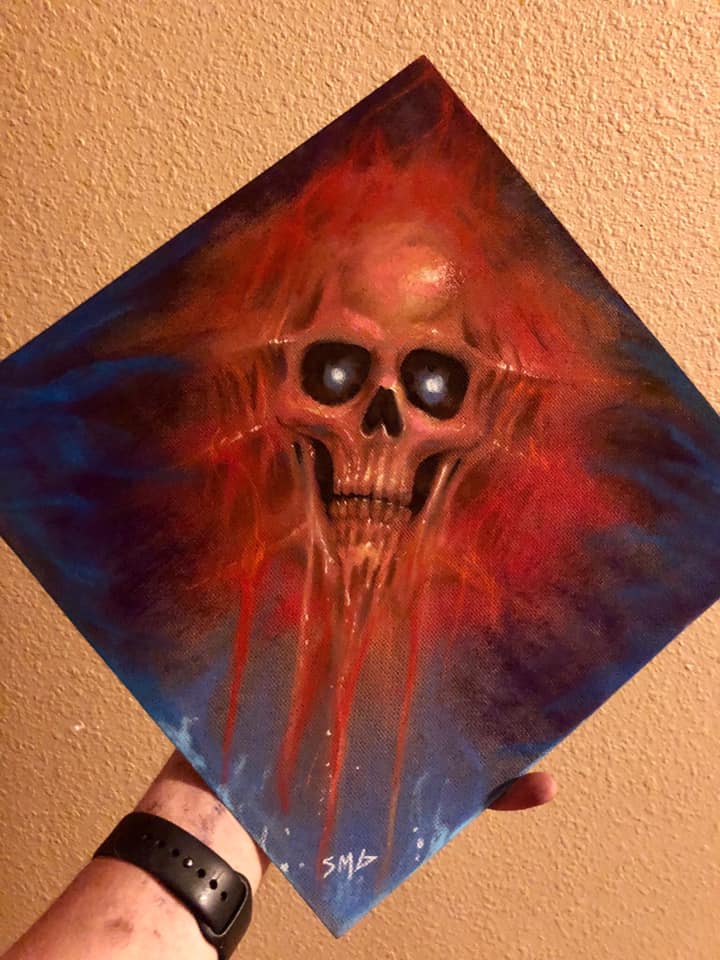 New Undead Legion gear and Stories just released... more coming Thursday
Each year on Dage's birthday, he uses his new techniques and skills to create new weapons, armors, and gear for everyone who loves his art. We expand his story through new quests, and, well... you should check out all of the Undead Legion stuff, including rare and seasonal rare items, that are  available across our games now for a limited time. 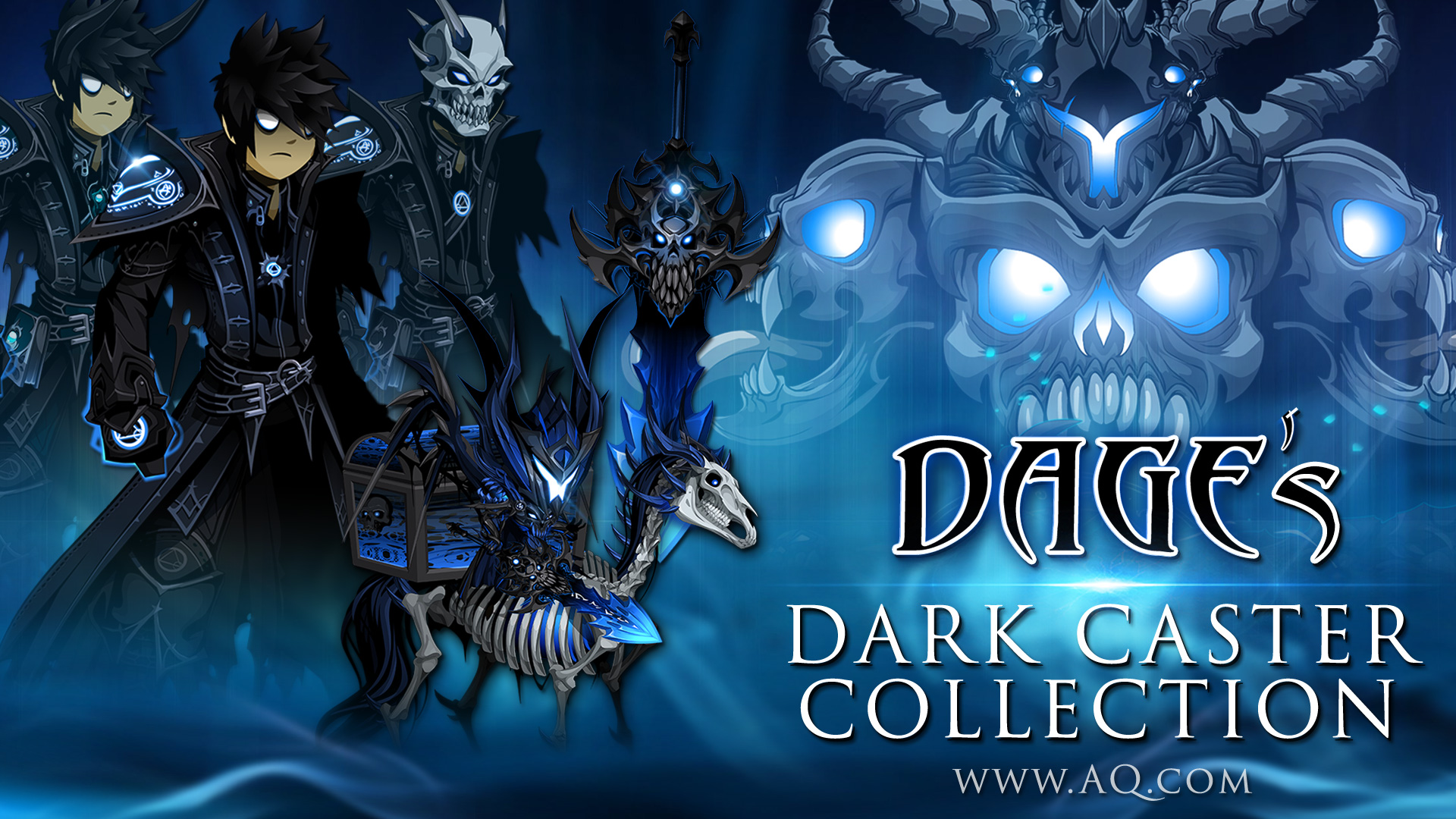 In AdventureQuest Worlds, they are calling the event "Dage's Dark PvP Birthday". The skills of the original Dark Caster class are returning with all new art. If you were one of the lucky ones to be around when the original Dark Caster was release... congratulations, you are getting the new art for free. There was a bug in the original PvP release, we are fixing it up and it should be ready to rumble by the end of the week.
Happening now at www.AQ.com 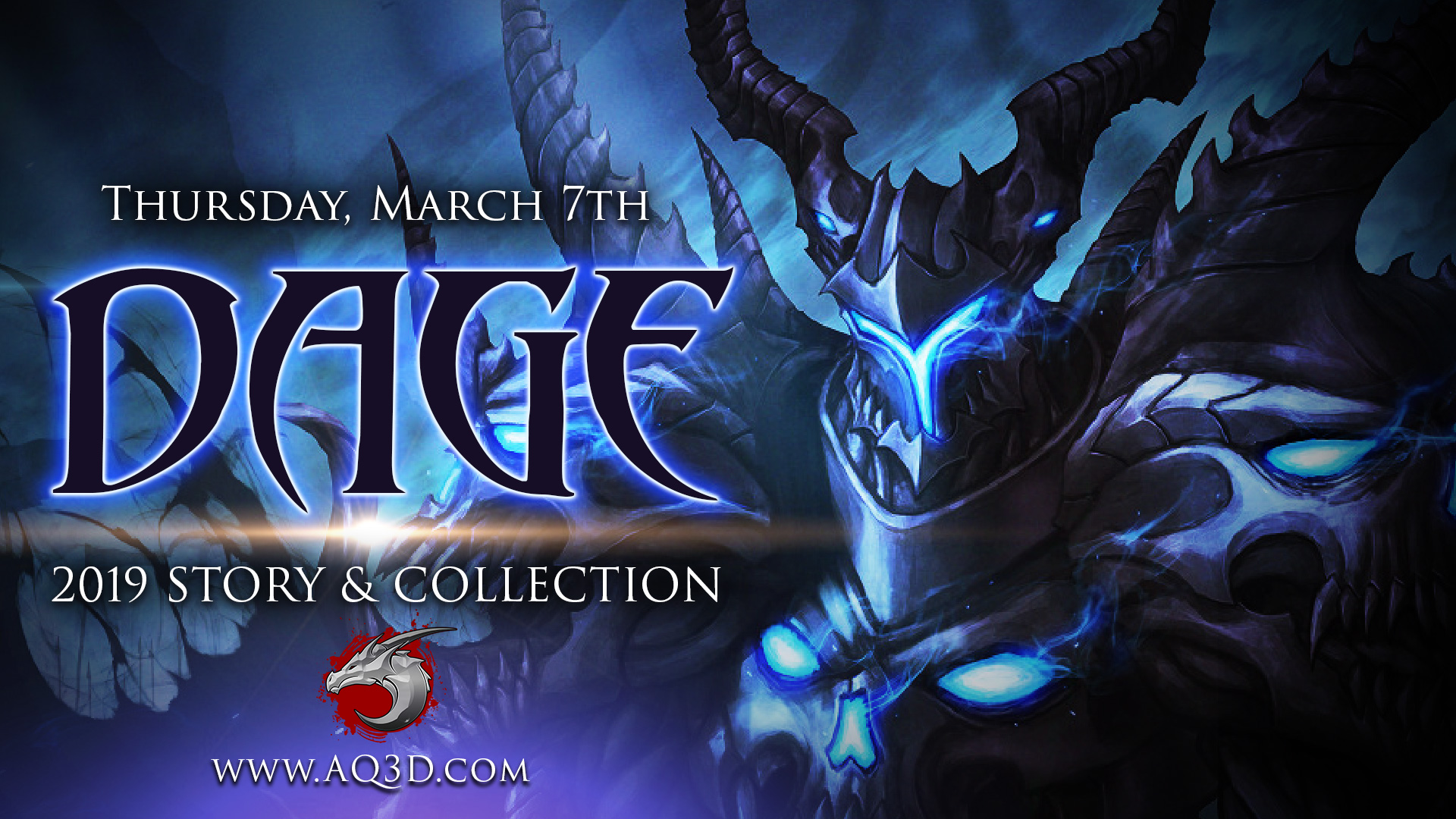 Coming this Thursday in AdventureQuest 3D (www.AQ3D.com) is PvP, an expansion to Dage's story, and the Undead Legion Collection 2019 which includes an undead horse.

The Undead Legion never horses around...

Also be sure to check out the shops in EpicDuel (www.EpicDuel.com), DragonFable (www.DragonFable.com), and the original AdventureQuest (www.Battleon.com). Each of them has unique Dage and/or Undead Legion items which will be available for a limited time. 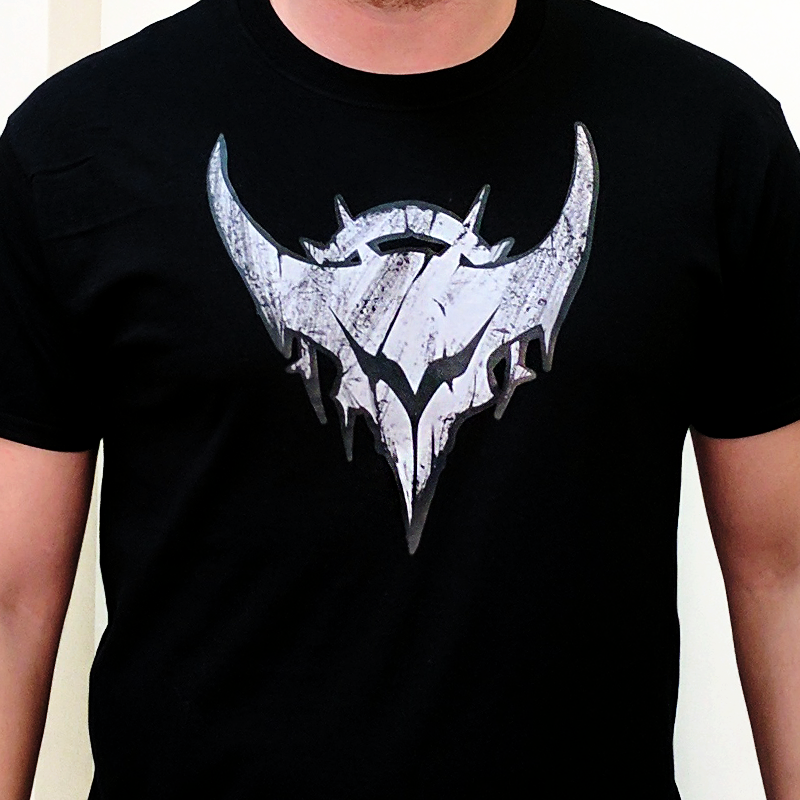 Even our online shop gathered up all of the real-life Undead Legion items and put them in one place for you to check out.
Check out www.HeroMart.com 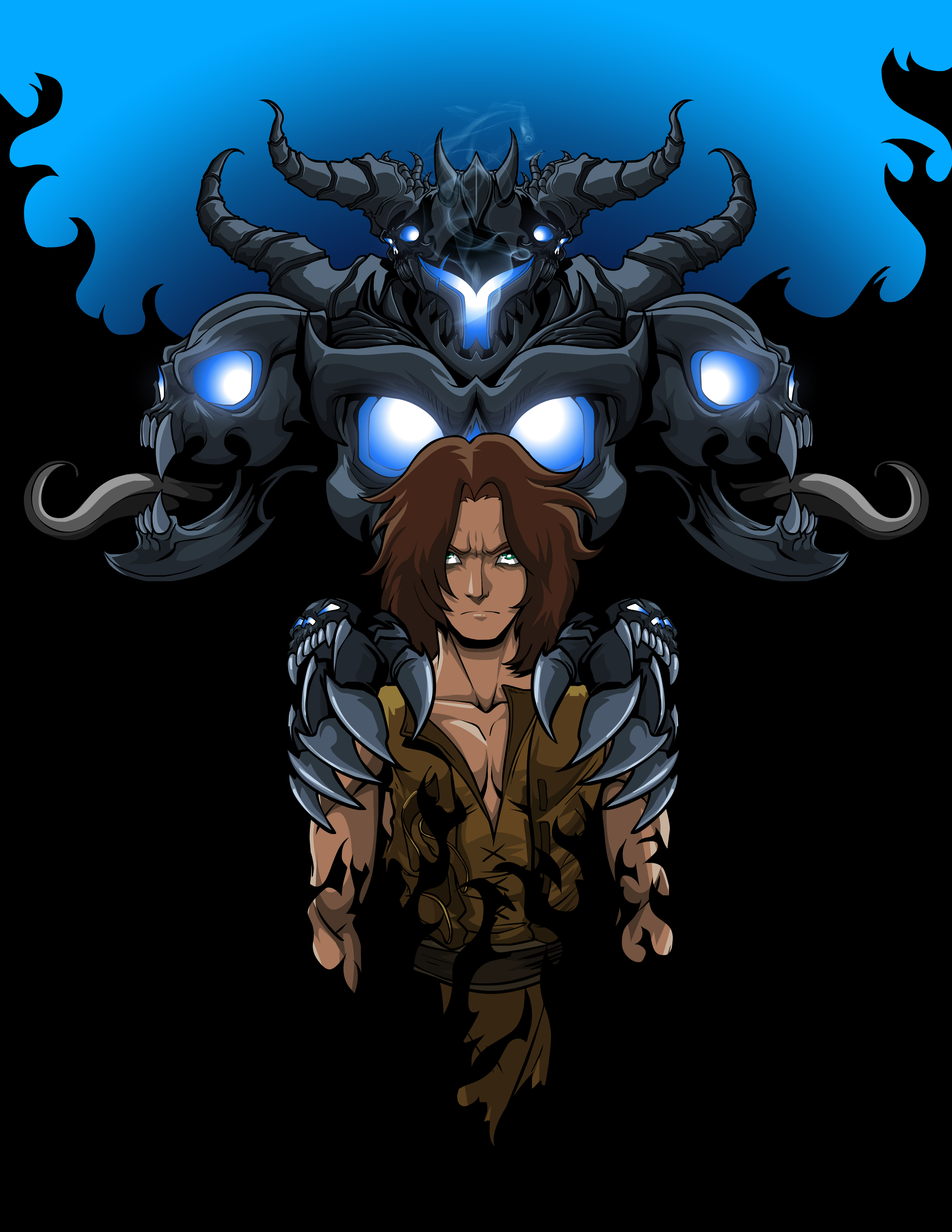 After writing this post... I got to thinking. It is about time for Dage to take on an apprentice o_O.