Dungeons & DoomKnights, our 8-Bit NES game, was just featured in issue #4 of Dev Cart Magazine! This is such an honor. 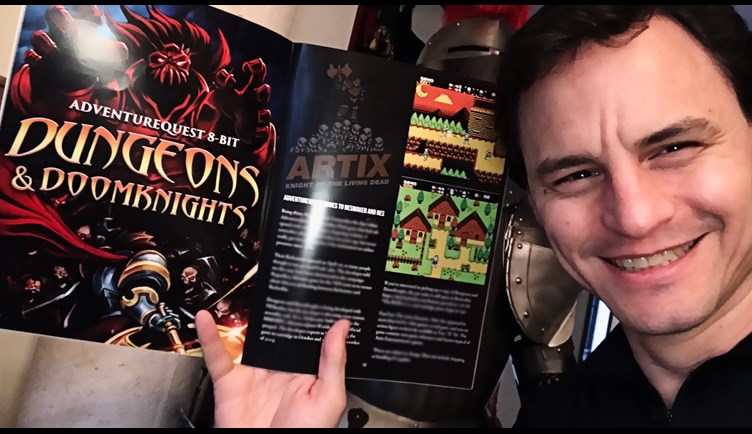 In case you have not heard this story yet... on April 1st (aka "April Fools") I announced the next AdventureQuest game was going to be exclusively for the 1985 NES game console. Everyone laughed. Until they saw the link to the Kickstarter. Then the laughter really started XD We actually did it. Well, we are doing it. Dungeons & DoomKnights is an actual 8-Bit cartridge (There's a digital "ROM" version coming too). 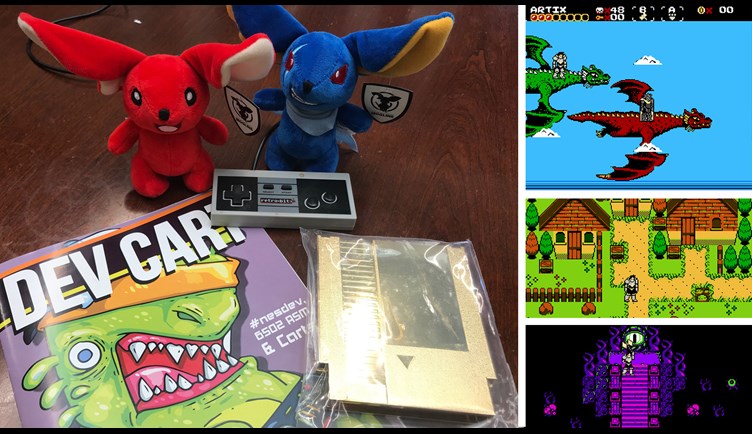 I have been working on Dungeons & DoomKnights during my personal time on nights and weekends. It is a serious passion project which is currently on its way to the finish line.

One of the reasons I am so thrilled we were featured in Dev Cart magazine... is because I started learning 6502 Assembly Language in issue #1! When I told the publisher he laughed and said, "I did not think anyone actually used those tutorials." 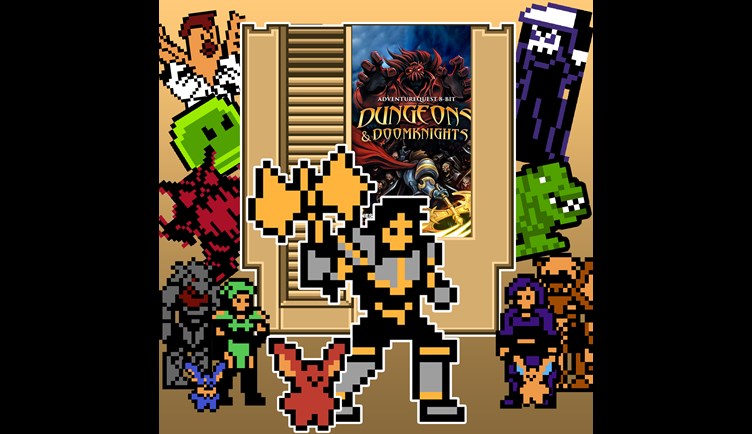 This is a real 8-Bit Game

The most fun part of this project... is learning about how early video games were made. There is so little space! And so many weird rules. Re-creating our cast of characters in 100% true 8-bit NES art has been fun. As the project grew in scope and complexity (as all true passion projects do) we have attracted some amazing talent to help built it.

Our team consists of... 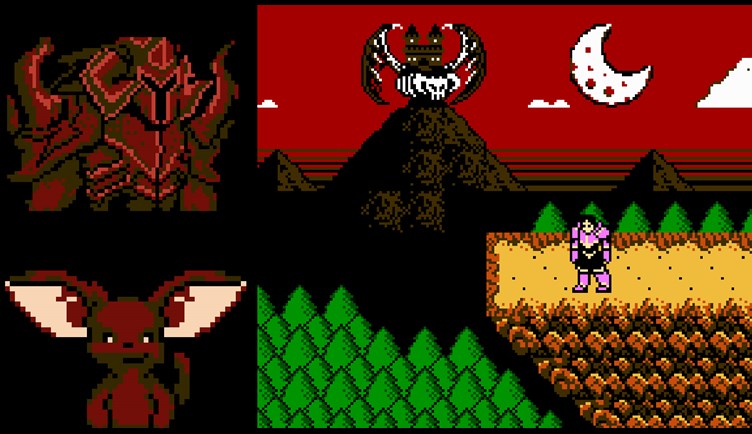 Since this game was released in 1985 (not really) before the internet was available for you to log in and save the world... it is an alternate history where your hero did not exist O_O. I mean, you might have existed. You just cannot log in. Because... no internet O_O

Taking place some time before the events in AdventureQuest World, the young Paladin Artix is on a quest to find and defeat the DoomKnight responsible for destroying everything he knew and loved. 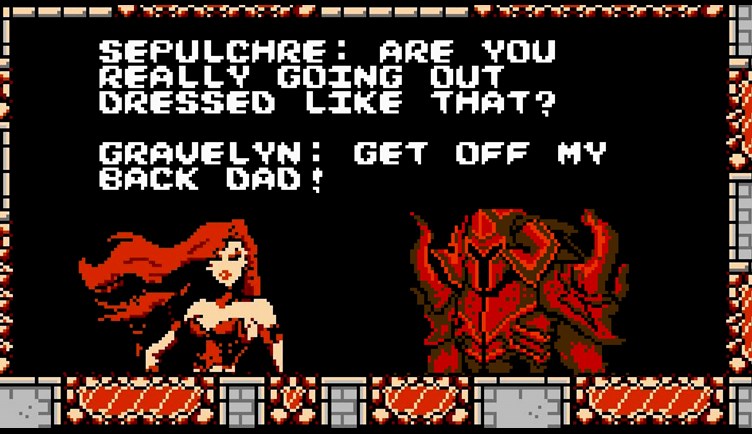 There has never been a showdown between Sepulchure & Artix before... (unless you owned the action figures and did it yourself. In which case we want photos... or a re-enactment video.) This is the story of the fight that was always supposed to be, but never was.... with a whole lotta Gravelyn mixed in. 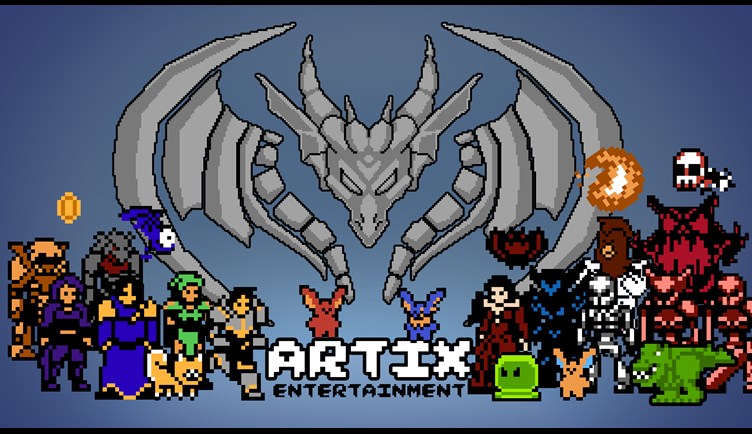 If you are reading this now and wondering, "How have I never heard of this!?" then do not be to surprised. we have been so focused on AdventureQuest 3D, AQWorlds Mobile, and our new weekly game updates. Outside of my regular Kickstarter backer updates there has never really been any time to talk about. it-- until this news! Which is also why I am writing you an extra long post :D

As you read this we have boxes of boards, carts, and flashers are on the way here to the lab. We will be physically assembling and prepping all 1,000 of the Dungeons & DoomKnights game cartridges. 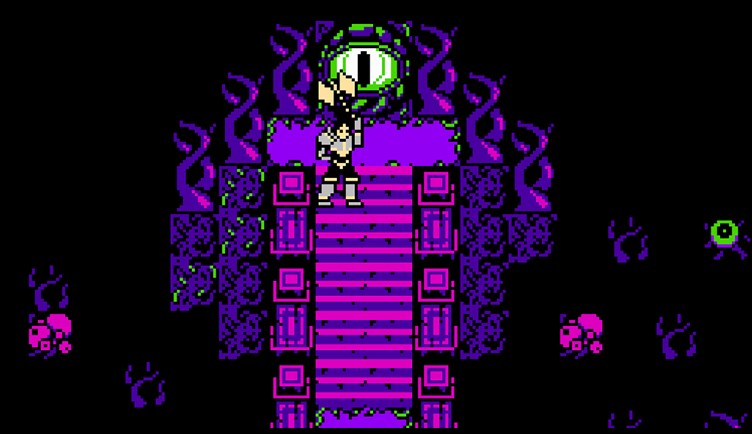 Also in issue #4 of Dev Cart, they have a section dedicated to The ByteOff 2019 game making competition. Technically, we are in this issue twice... because our submission "Artix: Knight of the Living Dead" was in the ByteOff section too.  A lot of my friends from the NESMaker community have screenshots featured in there. Way to go guys! 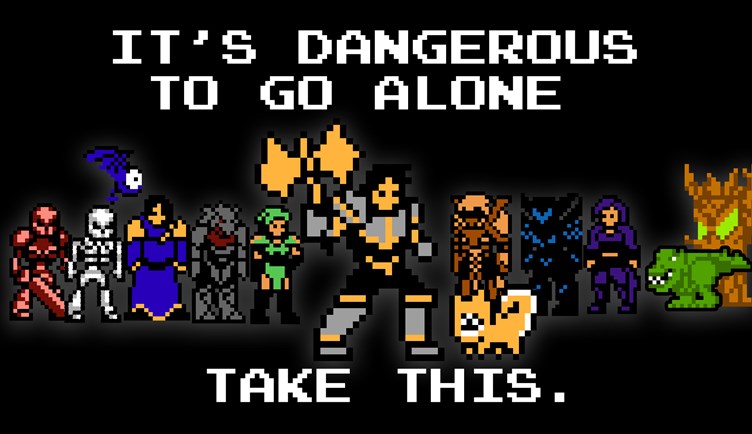 Follow your dreams... you only get one shot at this lifetime!

I grew up playing the NES and always wanted to make a video game for it. Have you ever wanted to do something your holw life that you just thought was never possible, or was too late? Like making a movie so you can see it on the shelf at Blockbuster? Hah! Well, that one is not going to happen. But I really am going to release a real cartridge for the NES.... and no words can express the joy and excitement working on this have brought me. Thank you to all of you who made it possible for create and release this. We are aiming for a December Beta ROM followed by an early 2020 shipping of physical carts after all the testing is done. Be sure to follow my regular posts on the Kickstarter page for the latest news. 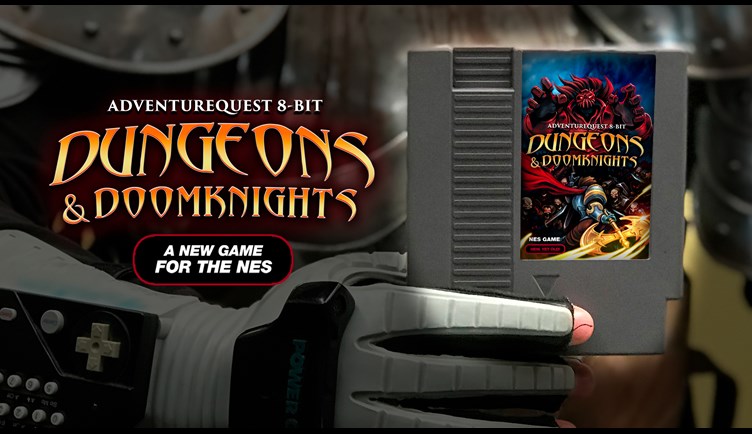 You can still pre-order the digital or cart versions of Dungeons & DoomKnights on BackerKit.