It is with deep sorrow that I write to inform you that the fan-favorite writer of the original AdventureQuest, Falerin, has passed away. Beloved for the stories he told, including the Carnax, Devourer, Dracopyre Legacy, and Fate of the Uncreated sagas, his stories entertained and touched the hearts of so many of those within our community.

Falerin passed away due to cardiac arrest last week on July 23rd, 2019 and is survived by his two daughters, wife Liliana (an Artix Entertainment AdventureGuide), and his father Eldron (who also wrote for the AdventureQuest team in the past).

We waited a few days before sharing this news because we reached out to the family to see if there was anything our studio or family could do to help. As you can imagine, the family is going through a difficult time right now.

If you would like to pay your respects to Falerin, we recommend you do one or more of the following:

I first met Falerin when he graciously offered for his IRC chat server, Caelestia, to be the official chat server for AdventureQuest. This was where all the originals gathered, from Oishii to Galanoth, from Mooncalled to Captain Rhubarb. We held our weekly launch nights there, which for the many players who did not play back in 2003, was when we live released new monsters and items every Tuesday night for players to help test in-game.

It was here that Falerin began writing for the team, and eventually becoming one of -- if not the -- most famous LoreMaster. Falerin loved to write, but he was also passionate about sharing his love of story-telling. He worked with the writers for our other teams as well as mentoring authors in our videogame community. He lead the “Legends & Lore” board on our forum, where writers and fans of Lore (and its lore) gathered. Falerin’s stories were released between 2003 and 2017. Behind the scenes, real-life Falerin worked as an educator with at-risk children and raised awareness for causes like the Suicide Prevention Foundation.

As we honor a fallen friend and remember the impact his words have had on our lives, I’d like to repost his answer to a question from a player in 2005:

Question: “If there was one thing in your life you could've done differently, what would it be?”
Falerin’s answer was, “I am honestly not being evasive when I say that regret is an errand in futility. I try to learn from every experience I have both good and bad. I have grown from every single one of them. Undoing even one of my past mistakes might have repercussions I could never foresee.” 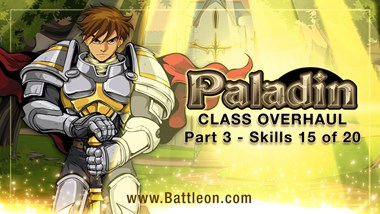