It is a CRAZY hot summer all across the United States and Europe, with a record-breaking heat wave. It’s the perfect time for Memet to re-open her tiki bar and throw a beach party! There's just one (hundred and five degree) problem -- her beach is infested with solar elementals, and they’re making it too hot for anyone to stick around!

This weekend, /join beachparty and... 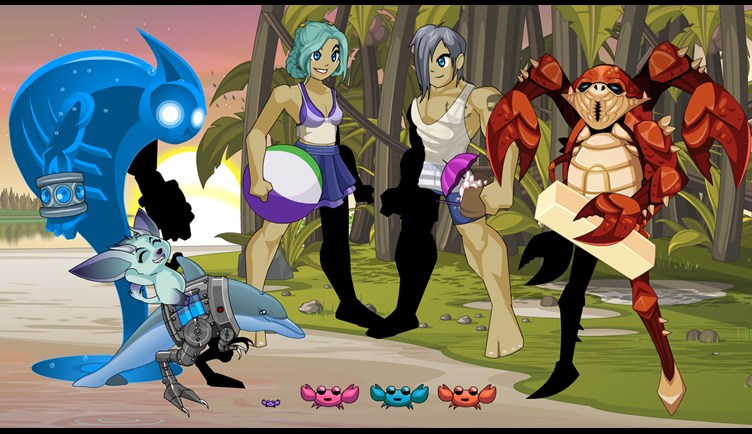 After you help Memet save her beach party, talk to her to quest for super summer reward gear, including:

Nothing says summer quite like a Nightmare Moglin riding on the back of a genetically enhanced dolphin. Find the rare "Memet Dolfo-Rider" pet and Boiling Water Elemental armor in your Featured Gear Shop until August 31st.