Play IdleQuest... a game that plays itself!

It just went live ...and you can play it right now on the new Artix Games Launcher 2.0 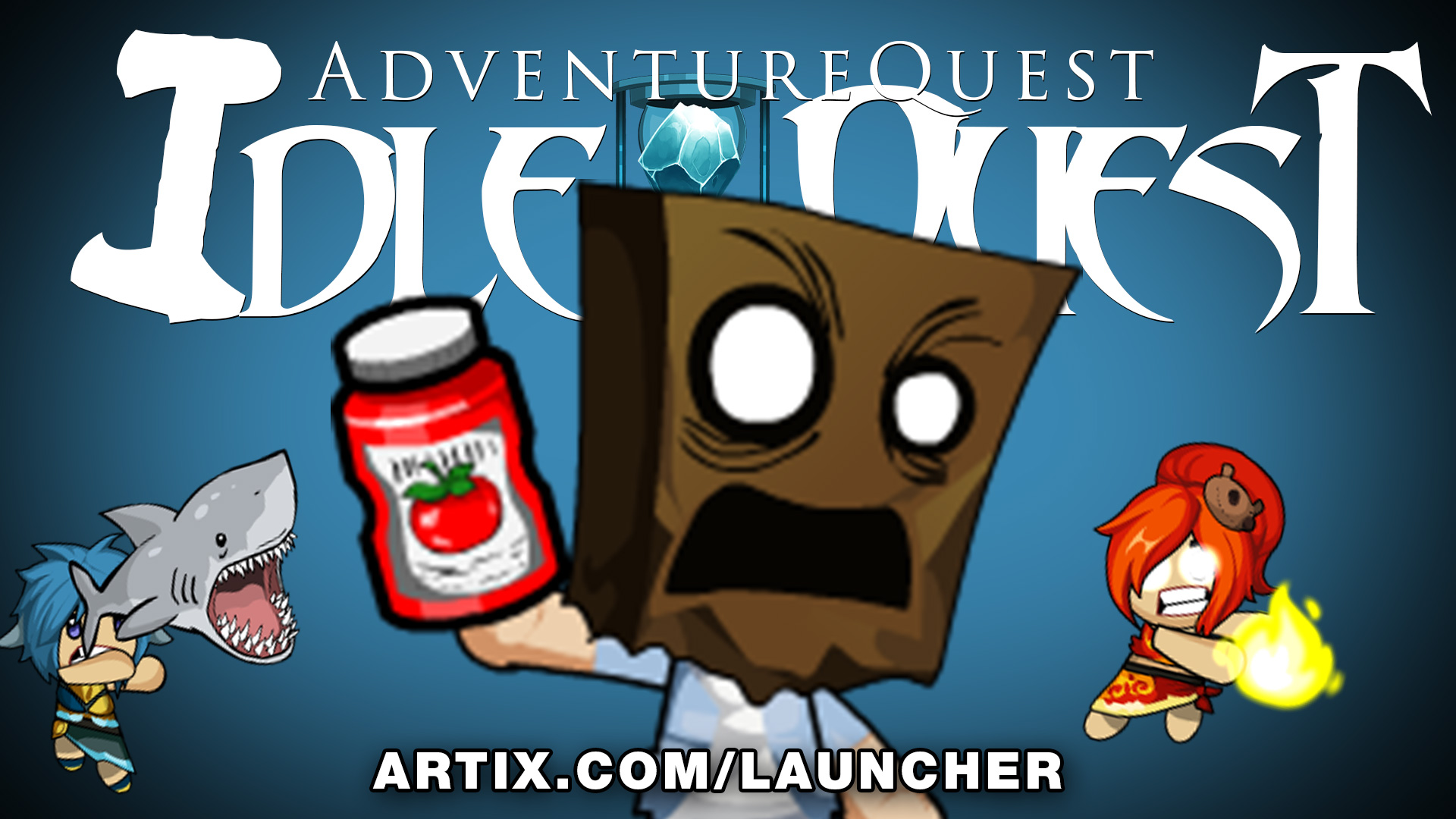 IdleQuest is a new idle game from the Orteil, the creator of the mega hit Cookie Clicker (the idle game that pretty much created the entire idle game genre) and your friends here at Artix Entertainment. It is 100% free and built into the Artix Games Launcher 2.0 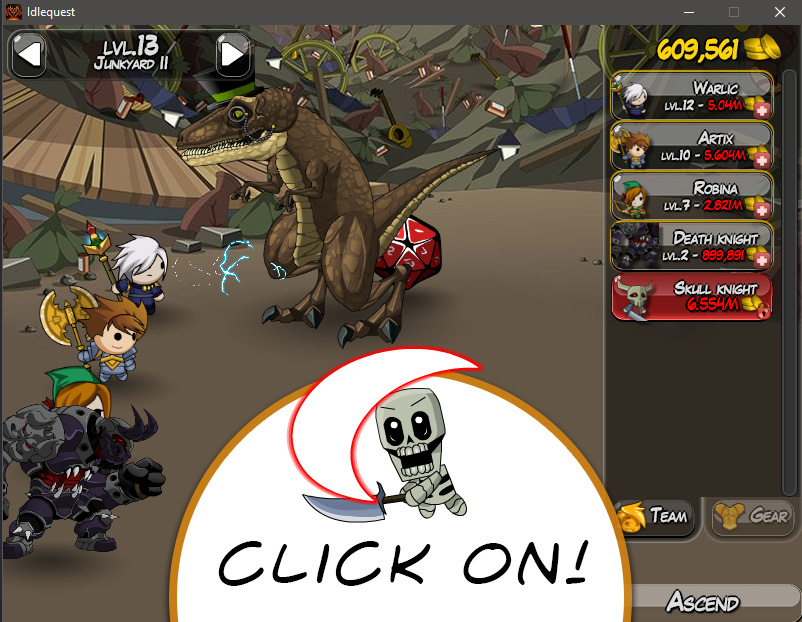 Play... or let the IdleQuest play for you!

Click (or just sit back and watch) as your party of heroes battle to earn your gold. You can leave the game on so it plays while you sleep :D Use your gold to unlock new heroes and move to new and more dangerous areas. When you feel you are ready... ascend! Ascending will allow you to unlock new characters, and gives you more power to restart the game with.

Form your party of Heroes & Monsters

Create your dream party. You can mix and match heroes and monsters. Want the Sepulchure and Artix on your team? Or how about Drakath, and an army of Moglins? Each time you "Ascend" you will be able to unlock new characters, and build your party.
Get the Artix Games Launcher and play IdleQuest 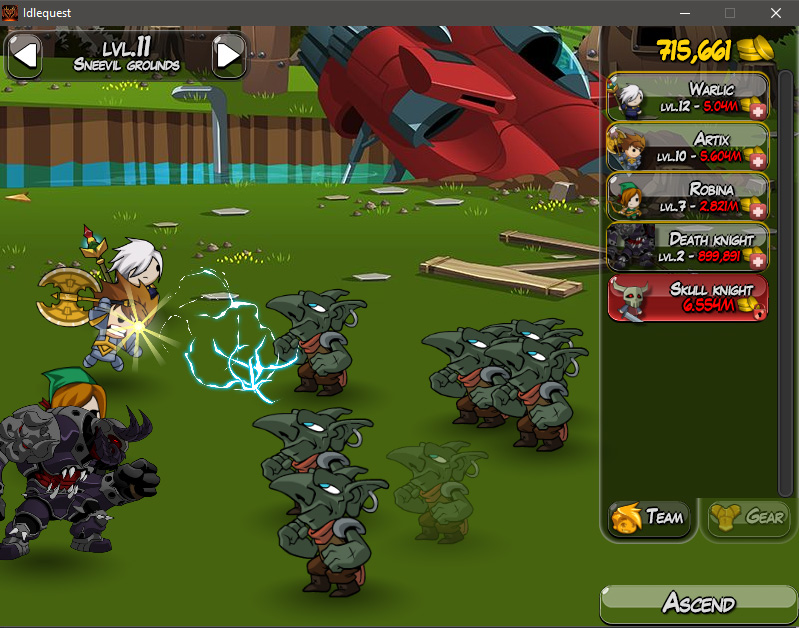 Certain enemies have a chance of dropping special items that will make you more powerful. Can you find them all? When you find ANY item, you can perma-unlock it for future games when you ascend. 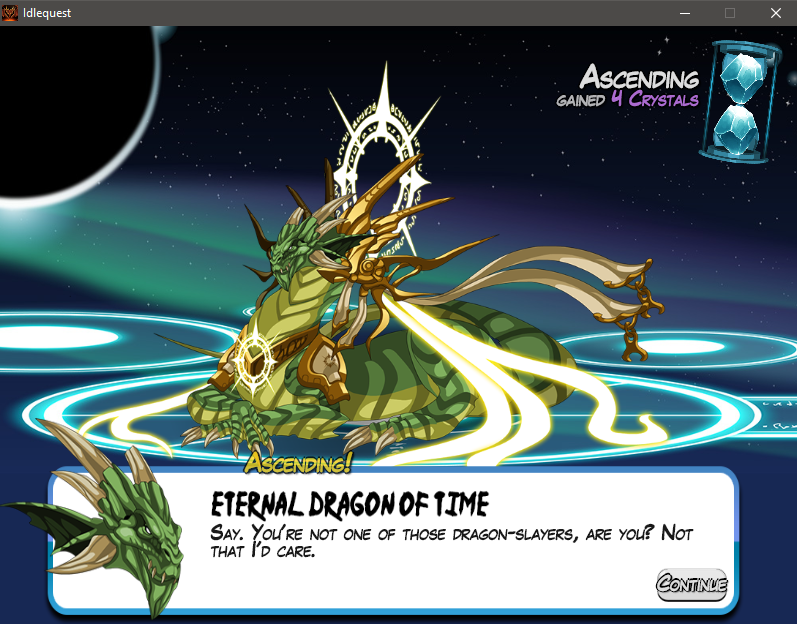 The Eternal Dragon of Time

You get to visit the Eternal Dragon of Time when you ascend... beware semi-witty one-liners.
Get the Artix Games Launcher and play IdleQuest 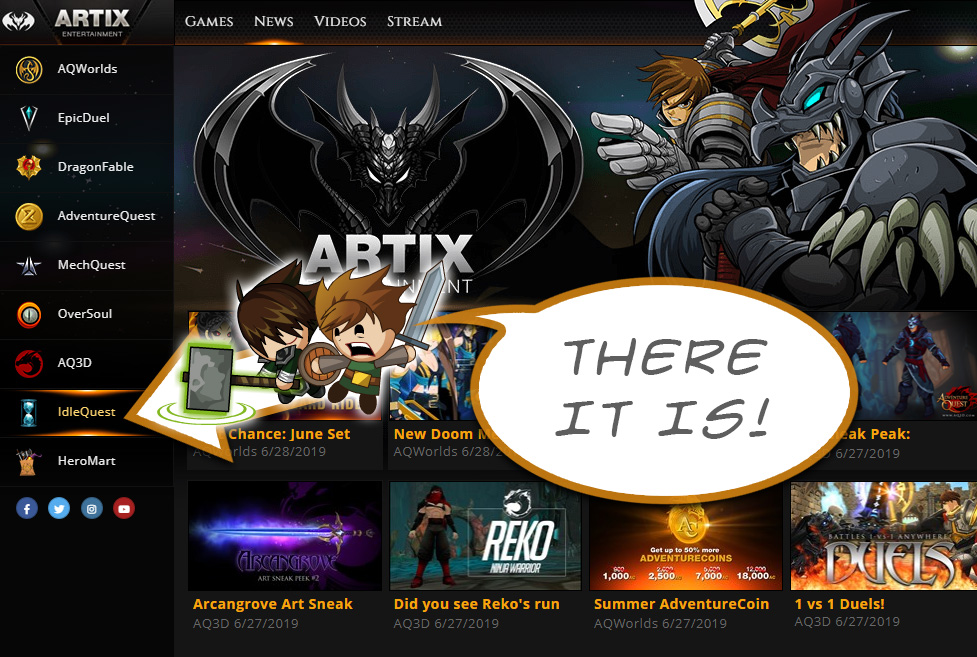 You can play IdleQuest 100% for free in our Artix Games Launcher. Actually, you can play all of our games there! The launcher future proofs our web based games so you can play them for eternity... also, it puts all of the news from across our video game sites into one easy place.

Get the Artix Games Launcher and play IdleQuest