The Shadows of War Saga continues as we fight to escape the labrynth of treasures littering the  hoard of Jinx the Thief. But the way home is long and deadly, especially when you take a wrong turn through a portal and wind up in Battleon... twenty years in the future. This weekend, battle to survive Shadowlord Malgor's minions, recover the Eye of Teja, and find your way back to your town, in your time.

The Queen of Monsters is dead, but the War of Shadows is far from over. A new overlord controls her castle, and if you aren't fighting for Malgor, the leader of the ShadowFlame Army, he wants to make sure you'll fight again. His army has invaded our world, his minions seek to turn you over to him, and if you're going to stop him, you'll need two things, FAST: allies + power.

Battle through tonight's story update in /junkheap to reach the boss. Defeat it for a chance to earn the pieces of the Shadow Trainers sets set, plus talk to Jinx after completing tonight's update to get the Midnight Burglar set. 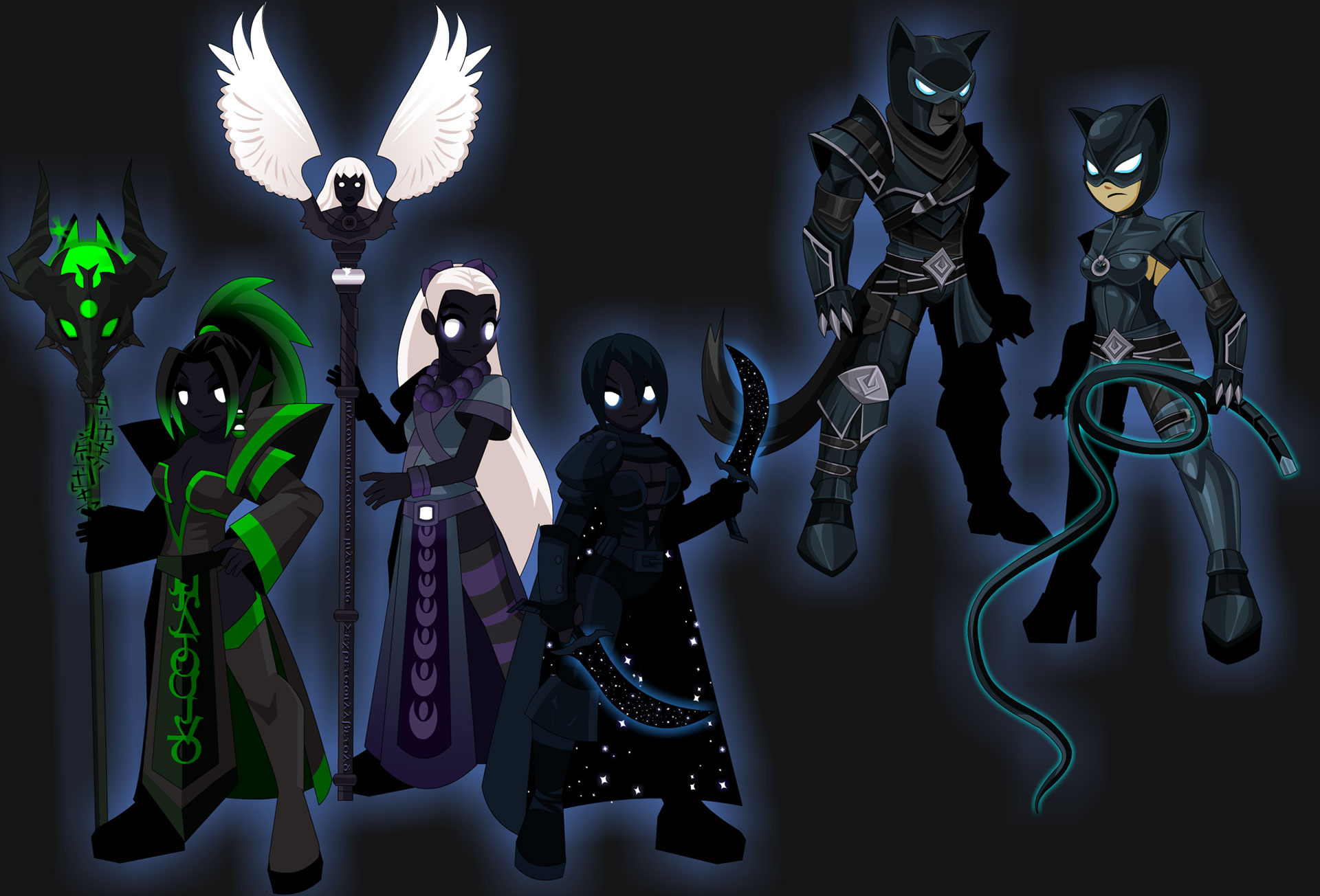