"Talk Like a Pirate Day" is only a month away!

We are creating an entire permanent saga which will make the dual-hand-cannon wielding Pirate Class available for all players to earn! 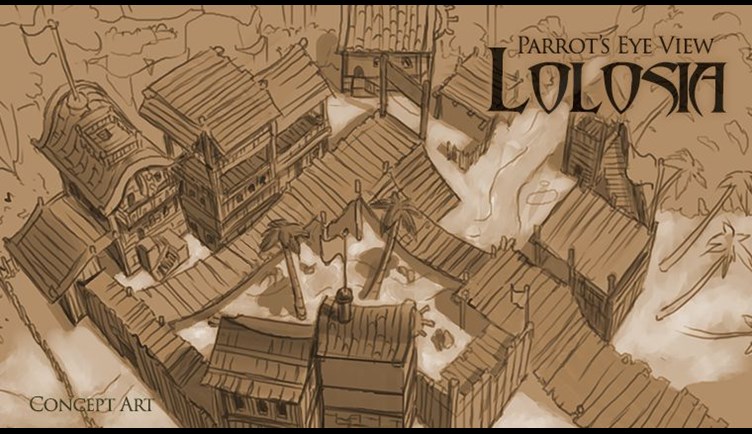 Looking down you can't see the bar yet... but it will be one of those open-air bars where you can sit outside and enjoy a fine pint of pint of whatever while keeping a keen eye on the yer fellow players. 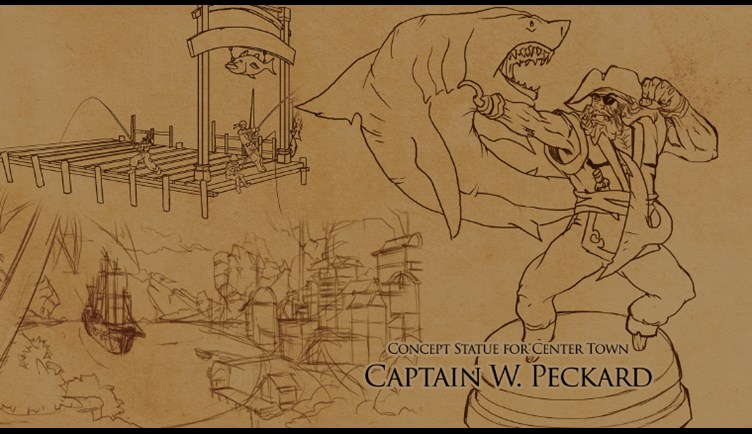 In this saga you will find yourself aboard Captain Rhubarb's pirate ship, the Red Betty. She's a fine vessel... and will be taking you to the high seas on an adventure spanning Ninjas, Sea Gods, and at least one sunken city full of people who may have something to say about you eyeing their forbidden treasures. 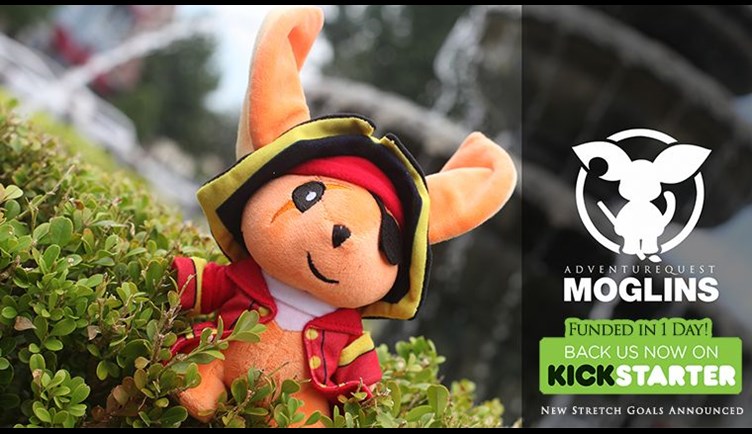 Thank you to everyone who pledged to make Moglins a reality. The Kickstarter campaign will continue running for the entire 33 days, so you still have a chance to get yours. With the initial funding goal met (you guys did it in only 2 hours) we have announced stretch goals that include items for AdventureQuest 3D (as well as unlocking the pets in even more games.)

So, the BIG stretch goal... is the Moglomancer Class here in AdventureQuest 3D. All of the stretch goals are bonuses. The AQ3D team agreed to build a new class if we hit the goal. We feel it would be fair, and a win for the entire community to have this class be available to all players- 100+ tier backers would get early access to the class and possibly (very probably) a cosmetic rare similar to Alpha Pirate / Pirate. So, everyone would be able to earn the class eventually. But the 100+ tier backers would get it for free, and unlock it instantly in early access.

It is very likely we will hit the goal as we only a few days in and are already at 33% of the goal... provided we keep spreading the word about the Moglins Kickstarter.

Want a chance to win all those in-game Moglin pets from the Kickstarter?

Simply help spread the word about the Moglin Kickstarter by liking and sharing HeroMart's Tweet.