This week we welcome the return of Dage's awesome arsenal of weapons and mutations while we introduce a first for EpicDuel: Color Customizable Weapons!

Dage the Evil's EpicDuel seasonal rares have returned a bit early this year! Since there was no prior warning, this will be your last opportunity to collect them before most of them go permanently rare. This change will occur next Friday upon the new update!

These two weapons are limited to 150 quantity each and will go permanently rare once they're gone! Expect more CC weapons in the future!

Charfade is still hard at work vectorizing her latest masterpiece! This set is shaping up to be one the prettiest yet to ever grace Delta V! 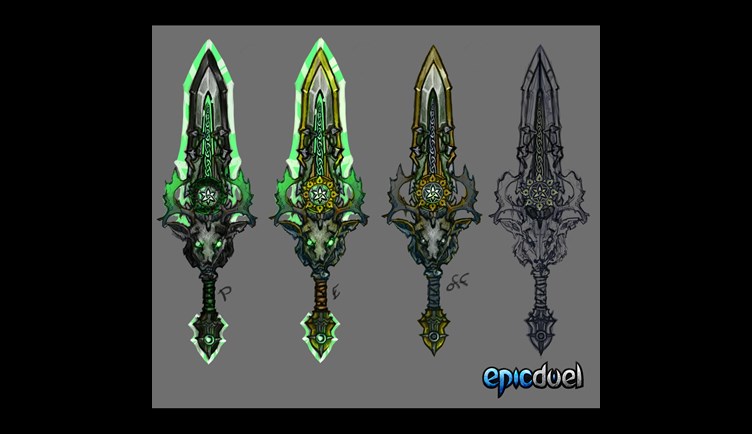 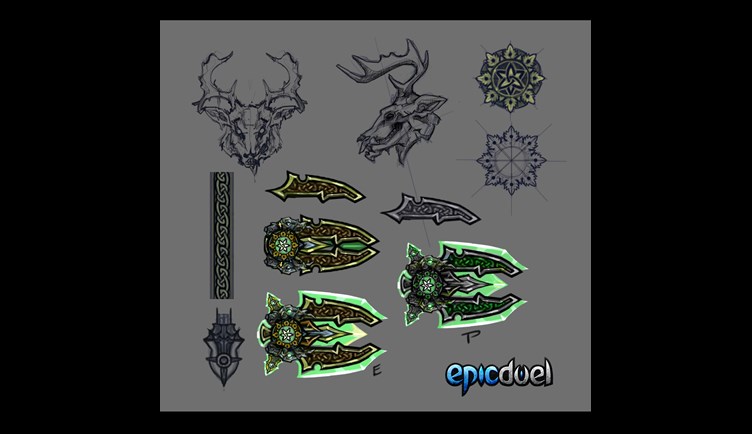 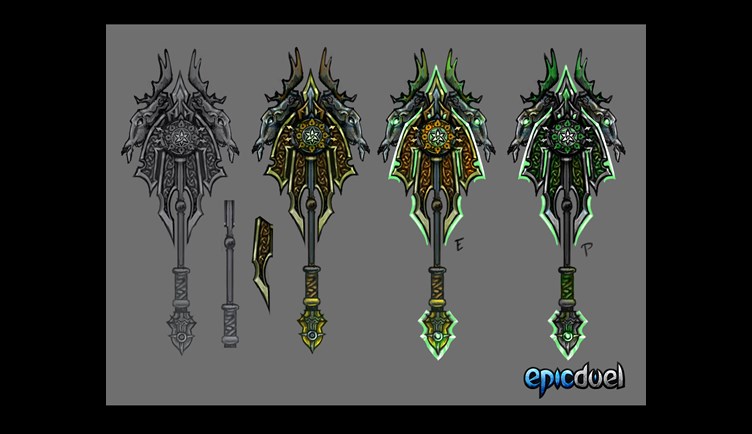 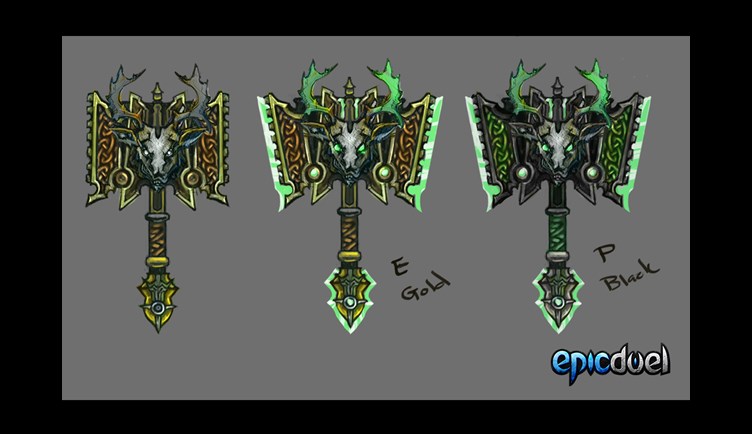 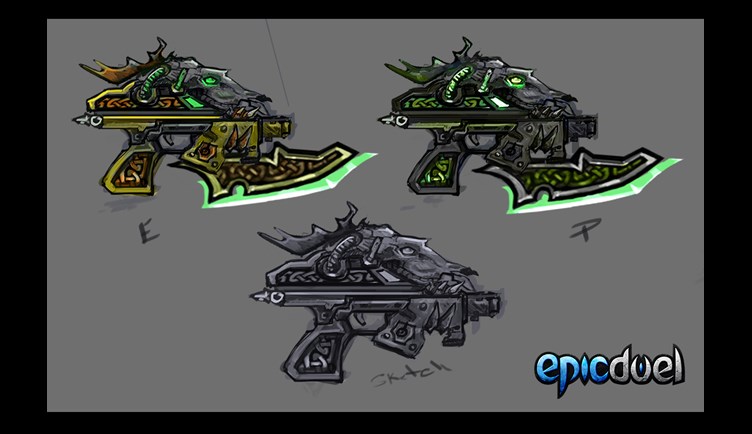 Since we're nearly at the 11 year anniversary of EpicDuel's first Alpha release, everyone is able to collect the Eleven Year Alpha achievement in the achievement shop.

For collectors who have been sleeping on the shop and need some more rating points to hit that next star tier, three achievements are disappearing next Friday with the next update: