Battle the ShadowFlame Army to enter the Queen's Castle

Several years ago, the Champion of Chaos freed the Queen of Monsters from her prison in the Plane of Chaos. Since then, we've battled her minions, her children, and the maniacal villains who've allied with her, with no way to anticipate her next move. The time has come to STOP predicting what she'll do next and ATTACK! But before we can reach the Queen of Monsters... we'll have to go through an army of never-before-seen shadow creatures standing in our way. This weekend, gear up and head into battle as you and your fellow heroes take on the 300,000 warriors lead by the ShadowLord Malgor. 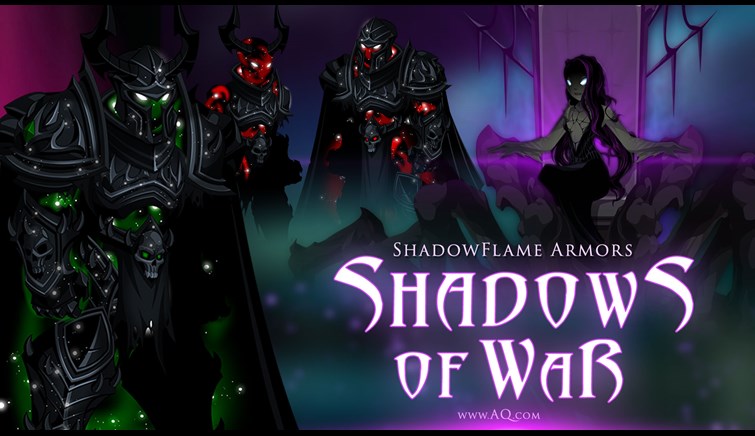 As you fight to raise the war meter, you'll unlock additional quests and a war chest with a 0 AC floating blade pet! Turn in the war quests for a chance to get the pieces of ShadowFlame Warrior sets. Plus find the color-customizable Eternal versions for AdventureCoins in the ShadowFlame AdventureCoin shop.

These sets were crafted for the Heroes of Lore (regardless of whether you ally with Good, Evil, or Chaos... everyone loves looting the enemy!) by AQW Community Artist, Lae. 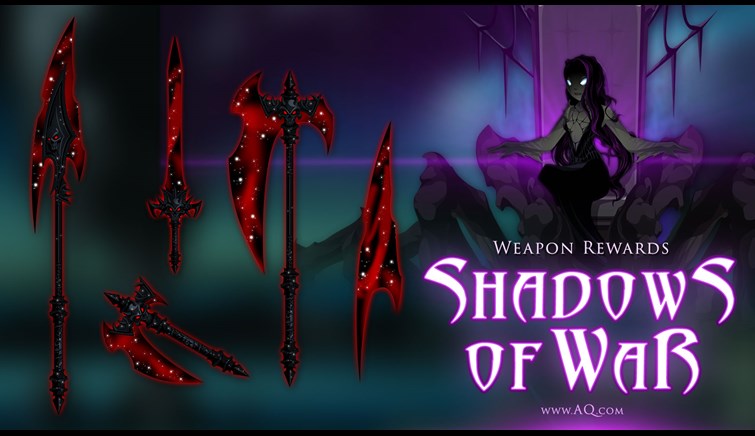 After the War Ends (SPOILERS AHEAD)

If you don't want spoilers, or if you haven't finished playing the 13 Lords of Chaos Saga, stop reading now.

Seriously. Read on at your own risk.

Alright. I'll try to keep it to broad, not-so-subtle hints.

You rebels who can read between the lines will know what happens. Everyone else will have to wait until the end of the war.

The Queen's Finale is only the beginning

This war will change the course of history, and the fate of our world. And you. As the Eternal Dragon of Time, you hold a greater power than most of the beings in this Universe. There are others out there with powers to match yours, and you will encounter some of them over the course of this saga. But not today.

Today, you must fight to reach the Queen of Monsters. We are leading up to a pivotal point in time, where we discover her fate... and yours. Only by entering her throne room can the story REALLY begin.

The allies you'll meet, new gods you'll encounter, and the enemies you face -- everything that happens from this moment on will lead you towards your destiny. Towards a decision only YOU can make.

The future is now. It is Time for the Queen of Monsters' Finale Saga to begin. 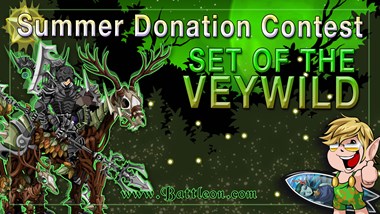