The people of Yokai lost so much in the war against the Queen of Monsters. It’s all so fresh for them; they still mourn their dead. But - supreme disrespect! - an unruly onryō named Shimazu the Defiler has been awakened by ShadowLord Malgor. In his death, he's focused his anger on those who killed him: Empress Miko and her people. He stalks their graveyard with his minions, attacking anyone who enters to mourn their dead. Empress Miko has been unable to honor her fallen father ever since; defeat Shimazu and bring peace the the people of Akiba!

This weekend, log in and /join shimazu, then talk to Empress Miko to begin your quest to help the people of Akiba!

At Artix Entertainment, we don't like to GET gifts on our birthdays, we like to GIVE them, and to celebrate Reens' birthday this weekend, we're having a blast doing just that! Log in until Monday for DOUBLE Rep, XP, Gold, and Class Points! 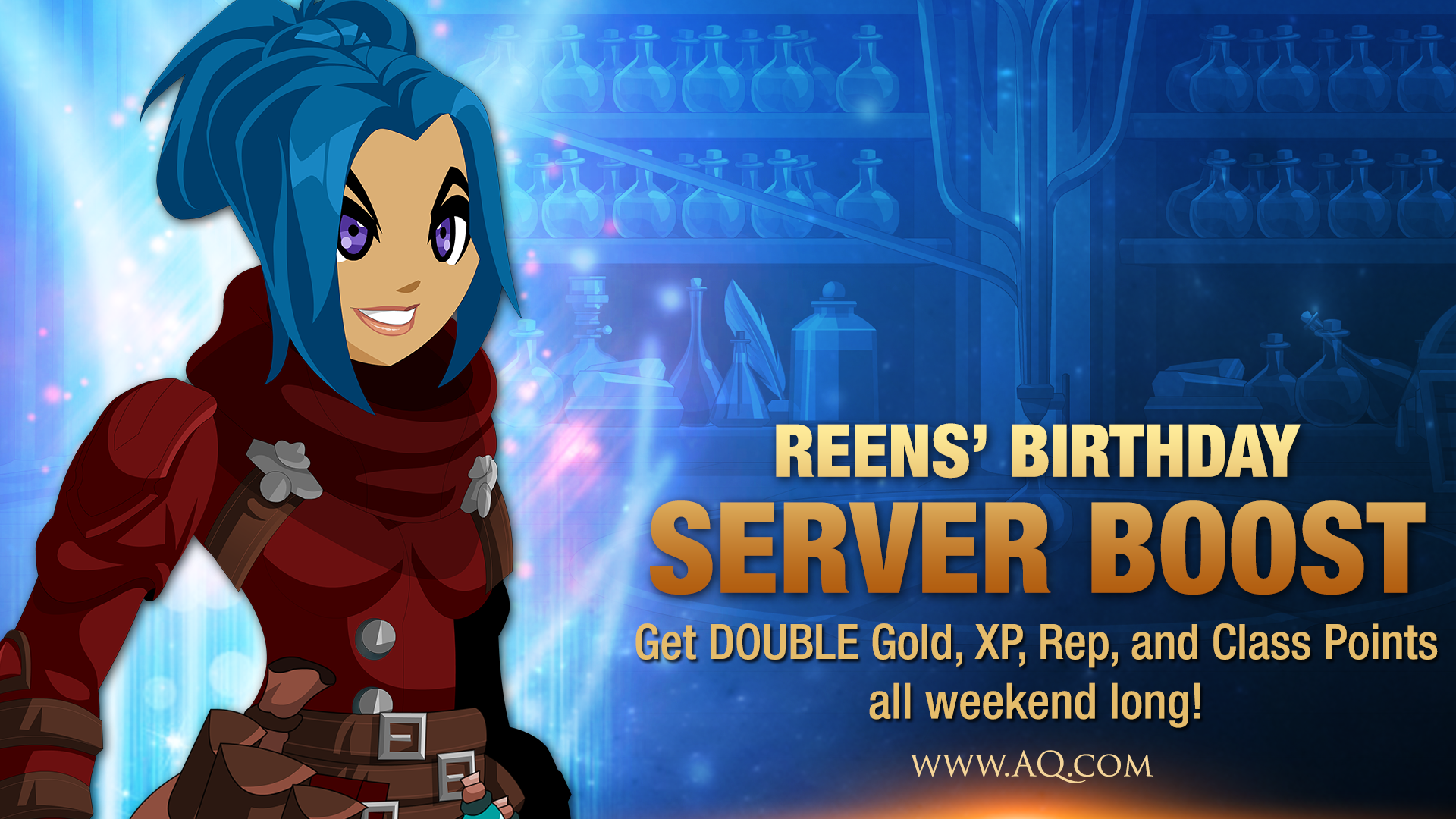 If you haven't met her in-game yet, Reens is the developer in charge of making all of the AQWorlds releases happen. She takes all the map art, cutscenes, monsters, and NPCs our artists and animators send in, then assembles everything to build the releases you play. She is also in charge of our crew of release testers, and is responsible for adding in the bug fixes that Cemaros and the bug testers send on.

/cheers for Reens! Wish her a Happy Birthday on Twitter.

Grab your inventories and check for treasure chests! If you've got any laying around, you'll want to log in this Friday because the Alpha Phantom set is now available from the Treasure Chest quest. This is the companion set to the Alpha Hunter, which is available during our Black Friday events. Both were created by Crulon several years back, but the Alpha Phantom remained unreleased... UNTIL NOW!