It's AQWorlds 14th birthday AND Artix Entertainment's 20th anniversary! We're celebrating with an all-new, holiday event rare collection chest! Find the event shop full of 20th Anniversary rare items in Battleon. And if you're a collector or rare hunter, pick up Twilly's 20th Anniversary Collection Chest to get ALL of the event rares and a character page badge for 10,000 AdventureCoins (over 40,000 ACs worth of gear)! 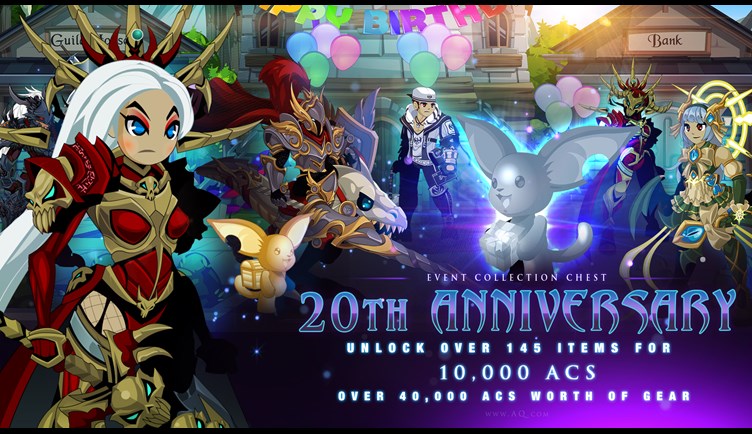 Just want a couple of the items listed above? Apart from the exclusive pets, all of the gear contained inside the 20th Anniversary Collection Chest shop will also be available to buy individually in Quibble's Event shop.

* The gender swap version of this armor was delayed but will arrive as sooon as possible.
** The red/black version of this set mentioned last week was delayed, but will be available as an event farming set alongside our Mogloween update on October 28th.