Madness is calling to you...  will you answer? Log in this weekend as we celebrate the real-world Halloween holiday with a malevolvently-creepy mystery ripped from the depths of Darkon's twisted mind. Just in time for Mogloween, join us for... Darkon's Elegy of Madness!

Your adventure begins in the /eridani map, where you'll meet Re, a mystery and veeeeeery impish girl sitting atop a guillotine. All very normal. She'll help you investigate a serious of deaths plaguing a town frozen in time under a blood-red moon. Again, all VERY normal and not at all suspicous. Good luck surviving. See you on the other side.

Darkon is a mysterious artifact collector who is willing to sell some of his collection... to make room for more "valuable" things. (In real life, HE is one of our most valuable artists, working primarily on AQ3D, but also on AQWorlds when we can steal him away for a week!)

Complete his Elegy of Madness adventure and find a host of new item rewards dropping from the monsters in this weekend's event and in the Eridani merge shop. Next week, a few MORE items will arrive in the zone, dropping as 0 AC daily login gifts. So keep an eye on Twitter more news on when they'll be available!

Over 12 years ago, AdventureQuest Worlds went live and our game universe was never the same. For the first time, we were able to go on adventures together. We've added new events, battles, rewards, and more for you every week since 2008. 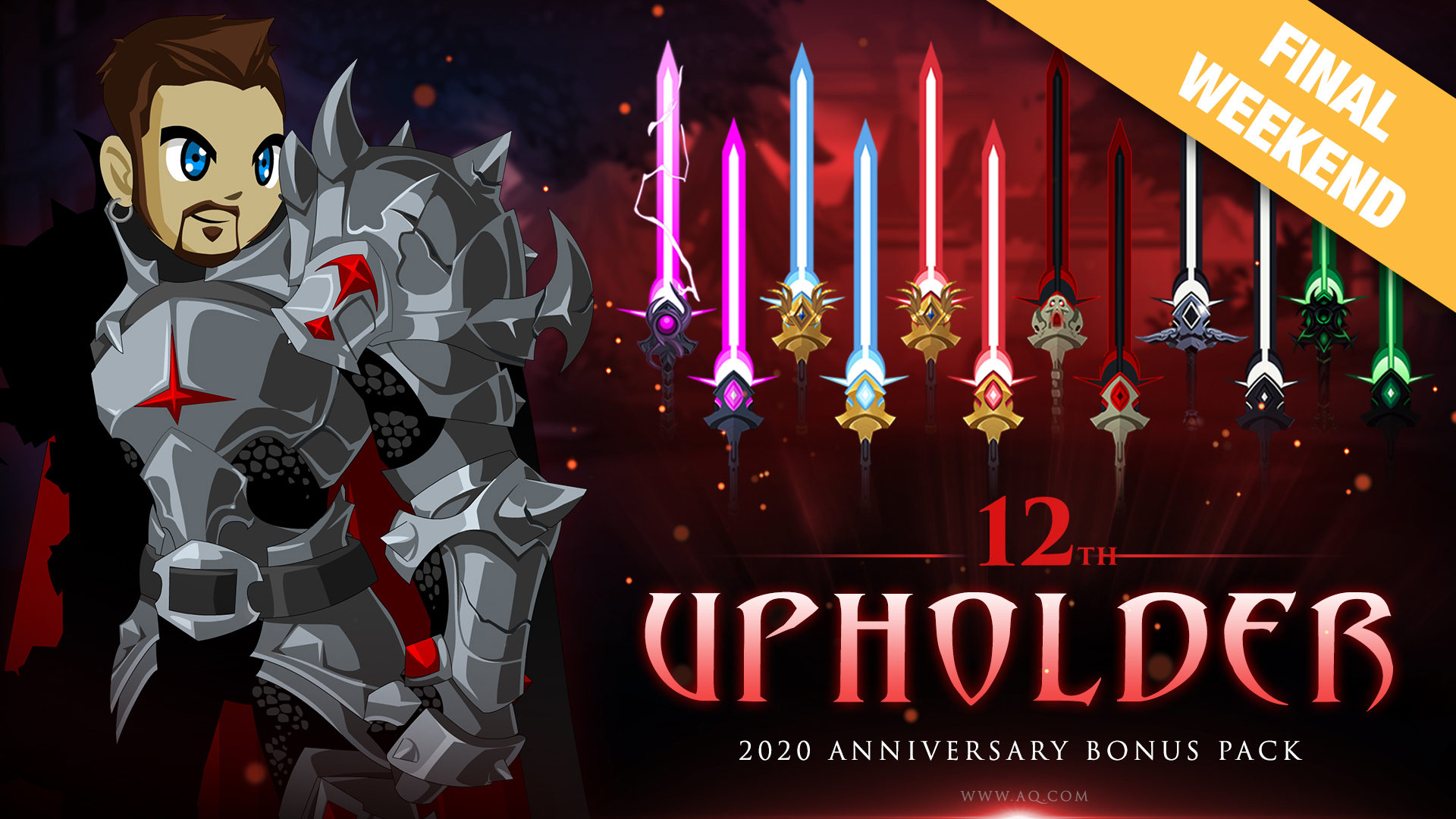 If you are not already a Member in AdventureQuest Worlds, please consider supporting the game by becoming one during our 12th Anniversary event.

Upgrade your account with any membership until Monday, November 2nd and you'll automatically unlock...

AdventureQuest Worlds Members make our games possible, and allow us to keep the majority of the game free to play for ALL heroes. Thank you for helping us keep AQWorlds online and updating since 2008. Artix, the AE team, and I /salute you!

12 years ago, AdventureQuest Worlds went live and players jumped at the chance to become the first Members of AQW. These lucky, early supporters of the game became the game's Founders. Every October after that, we show our appreciation to them for being the first to support AQWorlds by giving them a new Platinum Dragon pet. 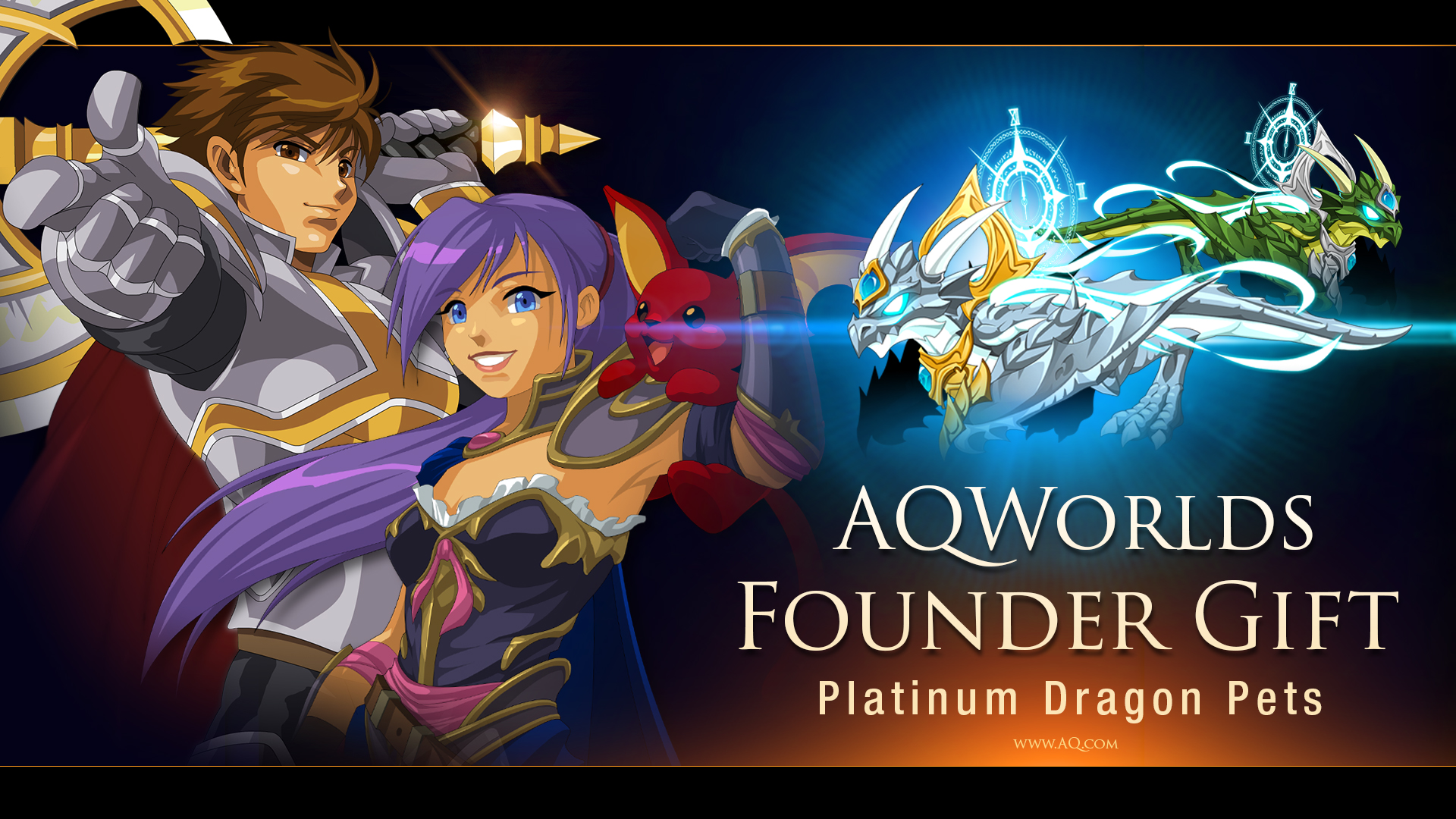 This year, we've got TWO pets, both of which were inspired by the anniversary event's "Eternal Dragon of Time" theme.

Download the launcher and enjoy Artix Entertainment's most popular games, no Flash Player or web browser needed! Get the Artix Games Launcher for PC, Mac, or Linux. 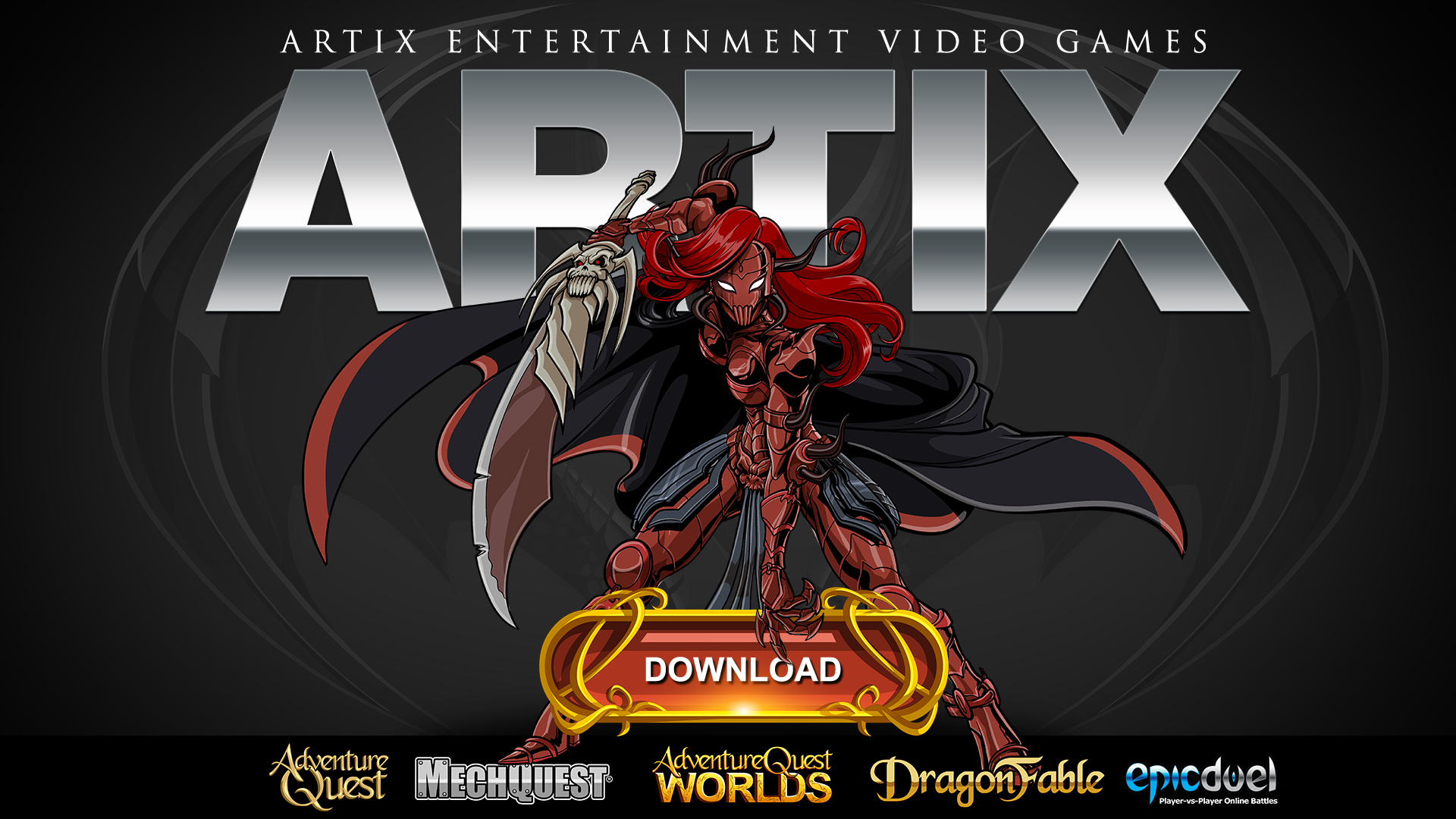 Book 3: The Awakened Depths: The Descent!