Accomplishing the things your heart truly desires is rarely easy. Life is short game and no matter how you look at it, we have a limited number of turns to play. So we MUST follow our dreams and passions while we can. Whether you have known me for years or our just meeting me for the first time in this post, then please know that I care about you, want you to succeed, and will always cheer you on. I am sharing this very personal story with you in hopes that you may find value in it that will aid you in your life goals & creative passions.

(I always hear that line in Kimberly Freeman, the lead singer of One-Eyed Doll's, voice)

Our story begins late Friday night... it has already been a break-neck week of intense work and now all releases across our weekly updated games were live. Of course, it never really ends for us. At 11pm we were still dealing with some mischievous player related issues and also trying to figure out why the cloud was sending the wrong map files to AdventureQuest 3D players. As you likely know, we don't really get nights or weekends off. But the harder part of my week was just starting.

It was 6am on Saturday morning. I woke up, felt ill, had terrible diarrhea, and had just gotten a text message from Zhoom saying, "Hey man, the website says there is no day-of registration for the race." I replied that we should just go anyway. Because official runners or not, Zhoom and I **WERE** going to run our 1st ever 10K race that day. So we just showed up. Talked to the officials. Rolled a 20 on our charisma check... and got in the race with bibs and that little electronic chip you put on your foot to record your time.

We ran the whole thing without stopping. It was hard. It was the furthest, by far, either of us had ever run. I came in 1st place for my age group. Which, just for the record... it is entirely possible I was literally the only person in my age group. Then I went home... and immediately sat down at my computer, and resumed programming a game for a retro game competition that was due Sunday night.

I had entered a competition to make an NES Game (yup, the original 1986 Nintendo Entertainment system). There is a cool documentary called the new 8-bit heroes about a guy named Joe who followed his childhood passion to make a game for the system he grew up with. It is on Amazon Prime. Ironically, I had stumbled upon it while attempting to do the same. So, he built a cool toolset and ran this competition. I got in touch with my pixel art buddy Clarion (used to make art for AQWorlds), and also asked Jongaar if he would learn to use Famitracker to make authentic 8-bit chip tunes that we could stick on a cartridge. We had been working on the game during that 1.5 hour block I sorta have free between 11pm and 12:30am.

But now it was crunch time... and if you have ever participated in a competition with a tight deadline, you know the intense pressure and stress I was feeling. Still exhausted from the race, I had to pull myself together and do whatever it took to finish, and finish to my very best in time.

You would think after dealing with the stress of weekly releases for 16 years I would be basically unphased by fear and stress of an imminent deadline. But... nope. It never gets easier. The fear and stress is always in your belly. Bravery is not the lack of fear. Bravery is feeling the full on terror and doing it anyway.

But at this point in the story, it was now 4am on Sunday morning. I had been awake 22 hours. And OF COURSE, everything were breaking, tons of stuff were not ready, and the mechanics of my core story had all broken terribly. (This is literally the story of every Game Dev ever). I had to make a choice.  To sleep... wake up late, and hope there was enough time to finish. OR, to do like I did in the race... focus on only the next footstep and repeat until I hit the finish line. You already know which one I chose. I was not going to stop until it was 100% done. No coffee, no breaks, never even got out of my chair to go to the bathroom from 4am until 11:30am when I had my final working build.

By this time the adrenaline had kicked in to the max. So I created box art. Then a simple instruction manual. Then put all of Jongaar's Wav files together and made a sound track. Even created a little behind the scenes work process images. By 2pm I zipped it up and submitted.... 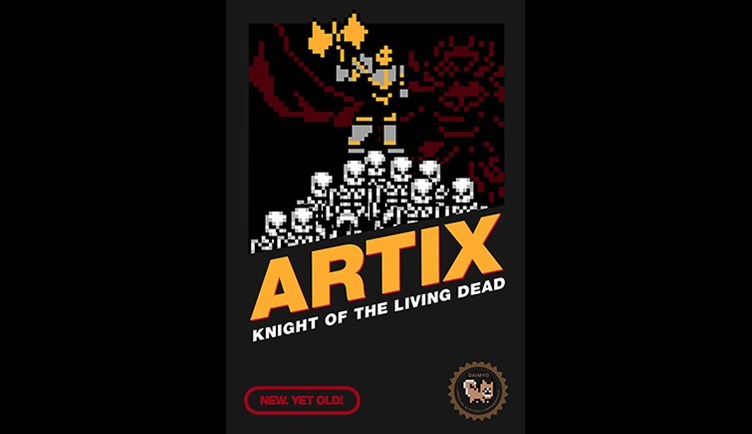 2 never before achieved life goals in one weekend -- This was the feeling of true fulfillment.

I had ran my 1st ever 10K race and built a NES game in a single weekend. But I also incurred some serious waifu aggro. See, my three children all took turns getting sick with 102+ fevers during the week. My Mother was in the hospital. I spent the night there on Thurday... and, as I write this, we both now have pink eye (which is just weird). We did not have the usual backup for when I dive into a weekend long event/project-- so on Sunday, the moment I had finished, I needed to atone and press further into very zombie-like family time so she could finally take a nap. I am writing this to you in complete transparency because... it is not easy for anyone. My wife literally woke up from her well deserved nap and walked into the playroom to discover me laying passed out on the floor with our 8-month year old crawling over me like a jungle gym.  Because my time was literally 100% maxed, I did not get to write design notes, respond to the growing heap of text messages, emails, discord messages, and missed phone calls. But if you are truly 100% focusing-- this is what happens. This is what has to happen for you to achieve your goals. If I had given into any of those distractions, I would have failed.

I feel these were two huge victories in my life. Even if you think these things were silly or trivial, what I had to do to accomplish them were life changing. I leveled up. But they are not the end goal... they are just another small step in where I am going.

The 10K race was the latest round of training for the "Savage Race" which is coming up next Saturday. The Savage Race is 6 miles of ninja warrior style obstacles in the mud. (no joke). A bunch of us from AE formed a team to run the course for the 1st time ever together. (Dage, Thyton, Zhoom, Rabblefroth, Titan, myself and a few others). So next week we will be running the same distance but with obstacles in between.

My personal goal for the Game Jam competition was to fix my "writers block" in game design. Because, let me be the first to tell you, it was certainly NOT to learn assembly language. Modern game tools let you do literally anything... but older game systems were extremely limited. Sprites can only have 3 colors, there is only 64KB of space on the main board. So I was forced to work under tight constraints that squeezed more creativity out of me. The process forced me into "the zone" and in some weird way I relearned what it actually takes to finish a project.

But now, lets talk about you...

The secret take away from this post... is using hard deadlines that you cannot control to take you to the next level

"Inside every lump of coal is a shiny diamond... that just needs pressure to make it come out"

Did you ever notice that no matter what the deadline, you get it done? Why is it that when other people give us deadlines we rush like mad. But when we give ourselves deadlines we just push it back to "tomorrow"? And tomorrow... almost always ends up being "never".

At the beginning of the year I did that whole goal setting thing. I told Zhoom that we should pick "like 4 events we should train for." Because I noticed we made the most progress in our training when something big was coming up. He said, sure... and a day later we were signed up for the Savage Run. Then, suddenly we were doing these bonker new workouts. Then tons of people from the lab joined us and were training too. We went to the rock climbing place. We trained in the back-yard-gym of Ninja Warrior competitors. Zhoom ran his first 5K with me last month... and we just ran our 1st 10K together on Saturday. You get where this is going... the simple act of signing up for an event pushed us to a new level. And next week when we do it-- it does not even matter how well we do. We are only competing against ourselves... that person in the mirror. We can flub the whole thing. But you better believe it will set the tone for how we train to do better for the next one.

So what are your goals, dreams, passions?

What do you want (NEED) to do? Write a book? Improve your art? Make a game? Become better at your career? What simple thing could you sign up for that would force you to the next level? Is there a contest happening? Could you Google to find one? Do you have an idea for one we should start for you? Have friends that you could get to do it with you?

Whenever I experience an amazing win, my first instinct is to share what worked with the people I care about to help them have this experience too. Maybe you're thinking, "Uh, I'm good Artix..." and that is fine. But if you have that little voice saying maybe you should take some action on this-- go for it. "I'll do it tomorrow" almost always equals never. When = Now. Since you're already on your web browser-- maybe you could google a "write page a day", or "sketch a day", or some sort of creative competition and join in right now. The web is full of them. I like to start small with something I can completely win. Because I think it is important to train our minds to win.

Hope you discovered some nuggets of value to you in this post. It was pretty personal.  Also, be sure to read all three of the design notes posts I made for you today. Meanwhile, I am going to go tend to my horrific Pink Eye so I can get back to the lab.

P.S. Thank you to J6 for sending me this photo... he got the game working on a retro game cabinet he made O_O 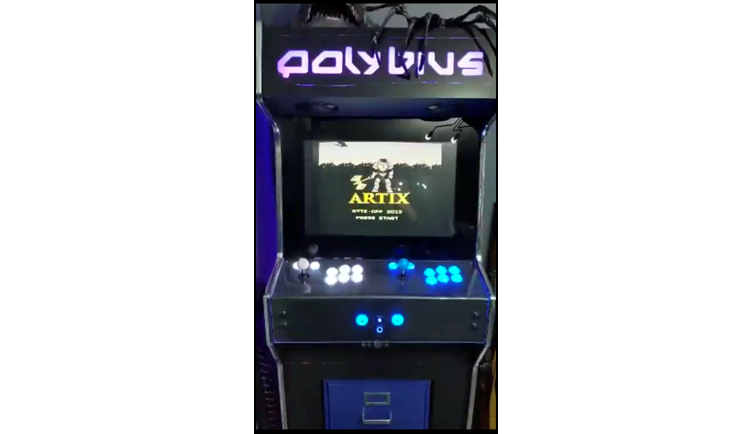