A new tournament is nearly upon us! Visit Captain Shoggoth in the West Naval Yard purchase a Typhoon Terror Ticket to guarantee participation in Delta V's latest test of might and endurance! This final tournament in our tourney trilogy will have a similar duration to the previous tournament, lasting from Tuesday September 13 at 4:00 PM (EST) to Friday September 16 at 4:00 PM (EST). The scoring per victory will be as follows:

ALL participants will receive the following items at the end of the tournament:

Those who finish the tournament with the Bronze tier achievement will receive:

Those who finish the tournament with the Silver tier achievement will receive:

Those who finish the tournament with the Gold tier achievement will receive:

The hardcore duelist who finishes the tournament with the Platinum tier achievement will receive:

The Platinum tier finalist will also receive the rewards from lower tiers. 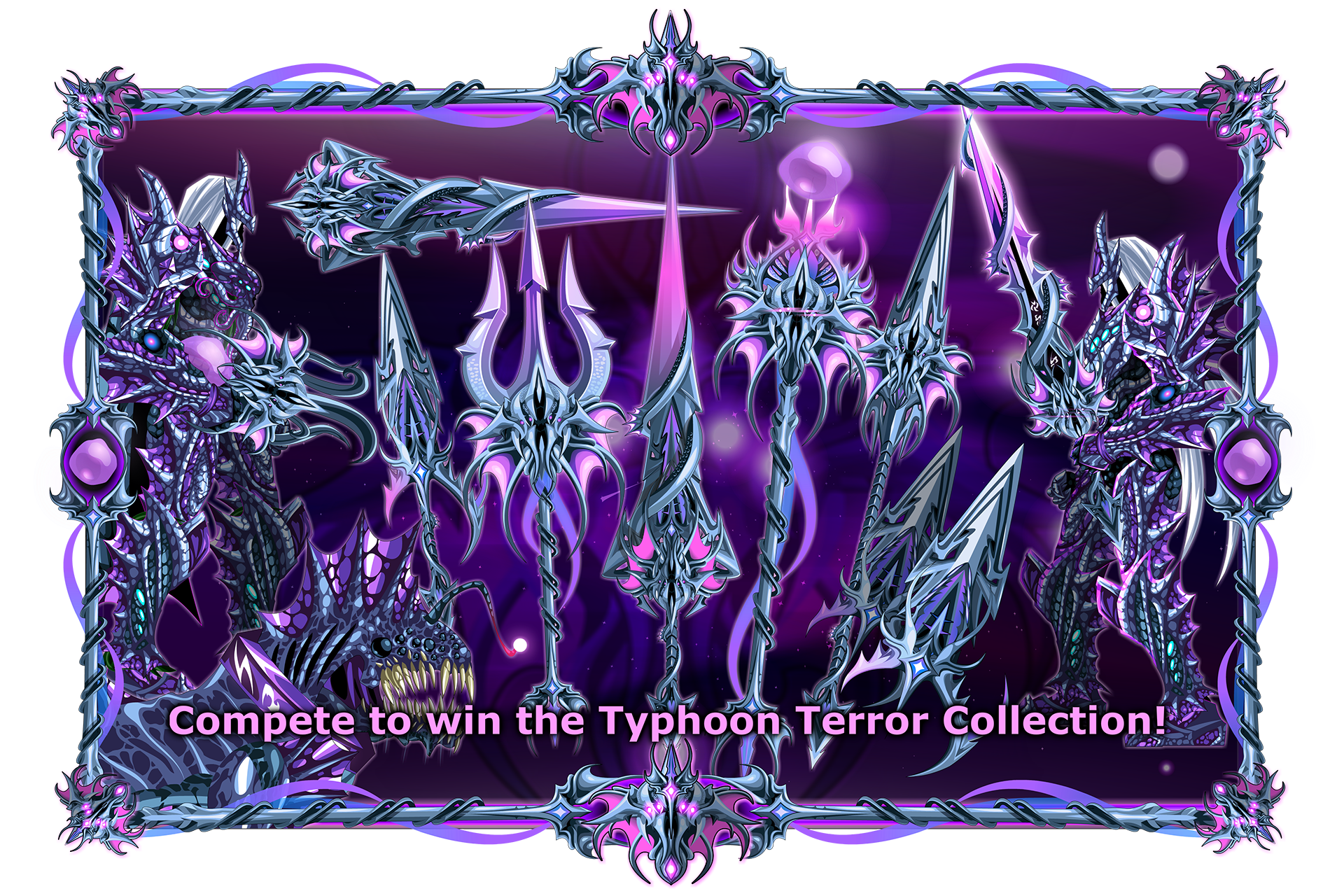 Since enforcement is stronger and more vigilant around tournament time, and relatively new features like 2v2 linking have left some with questions about the official rules governing such features, I'm resharing this link to the official rules and guidelines from the Artix Entertainment site and the following passage concerning those rules:

If you link with yourself in 2v2, you will be banned. If you fight accounts owned by yourself for free wins in 1v1, you will be banned. You may get away with it for a time, but you have to wonder if racking up some easy wins is really worth losing your main account when you eventually get caught.

This finally leaves the question of multi-logging against bosses. While multi-logging is against the rules as seen above, PvP violations will still be prioritized vs. PvE. A consequence in this case is we won't celebrate players who defeat bosses by multi-logging, thereby encouraging the practice.

For a long time after gifting, the game was still announcing an end of day award for Titan, who apparently won the daily gifting challenge, even though gifting had been deactivated. This was corrected, but apparently the game was still spawning Secret and Silver Secret packages for various players seemingly at random. During today's update, we cleared out all the outstanding Packages. Since it wouldn't be fair to those who gifted their hearts out during gifting to award folks with the package prizes, we're instead replacing the removed packages with 100,000 Credits each or 500,000 for those who were lucky enough to have the Secret Packages. This error has been present in the game possibly since gifting ended, and today's update will hopefully settle the issue for good.

This Friday the Flesh Demigod Promotional Package will be removed from the Varium Shop so you only have a few more days to collect these powerful cores and unique weapons.

In addition to the shop change, seasonal rares will be reverted to their usual order.