2021 Talk Like a Pirate Day Event:
Avast! Climb aboard the Red Betty and test ye pirate knowledge with Captain Rhubarb's Pirate Quiz! Ye be an Old Salt that really knows their stuff? Well ye could survive long enough to visit Rhubarb's Pirate Scholar Shop... but best be made of stern stuff if you wish to lay claim to these special rewards! Plus explore tons of other quests around Rhubarb's ship including a deep sea treasure hunt, blasting Floyd out of a cannon and much more! 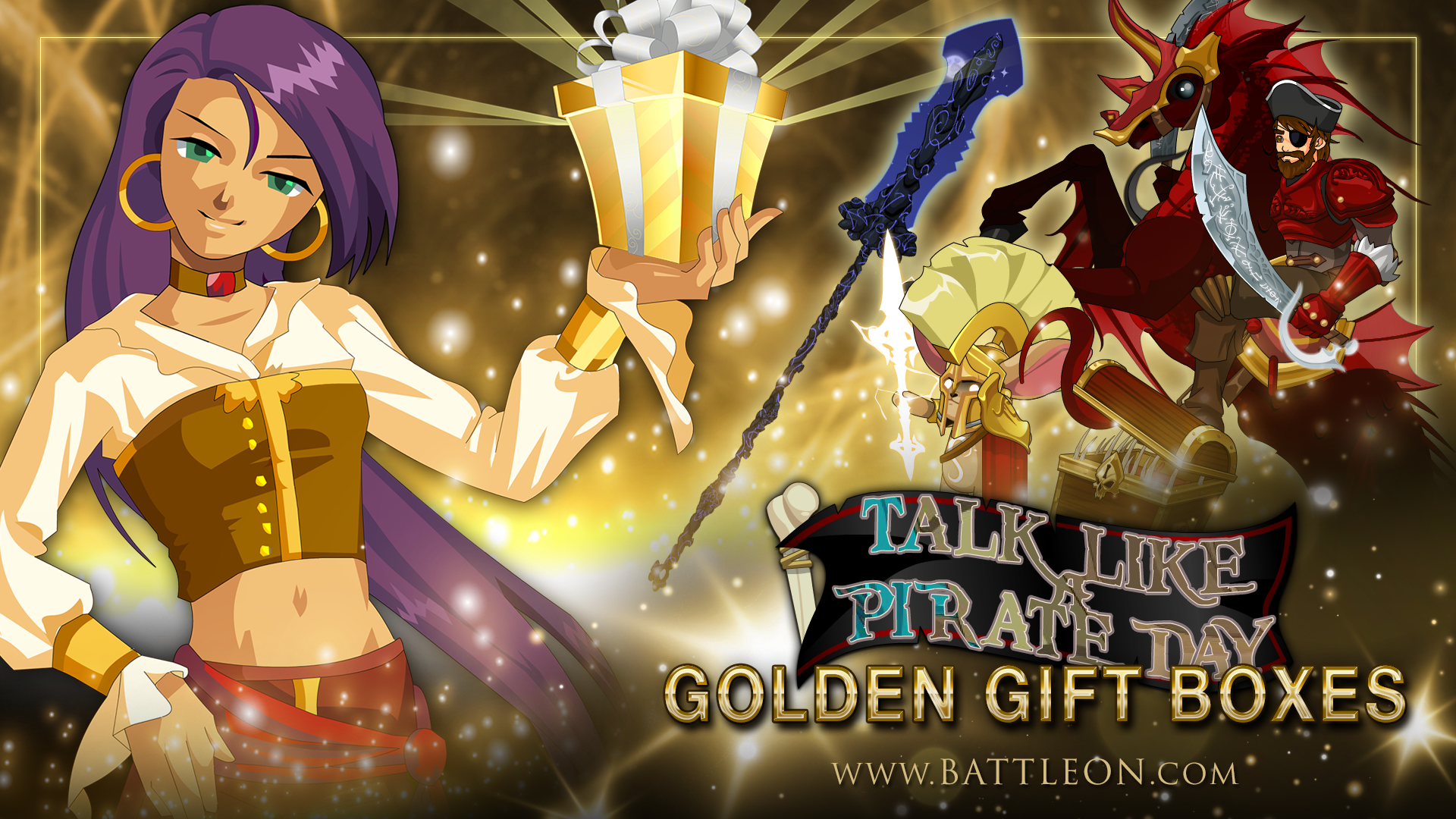 September Golden Giftboxes - Talk Like a Pirate Day:
A specially bred Fire version of the Hippocampus, this aquatic steed is a powerful offensive armor. Arcane Cutlasess are wielded by more magically adept pirates and amplify the power of your Darkness or Energy spells. The fiery Mimic Pet will not mimic your foes element but does include an extra powerful attack if you feed them your gold! Also find the Twisted Atrea Dream Glaive and Moglinus Decimus Guest!

RhubZard Void Takeover:
Avast! A zard has stumbled upon a certain pirate captain's laundry and has now taken on the persona of Captain Rhubzard - waiting in The Void to test the mettle of Lore's bravest champions!

Limited-Time Shop:
Check out the all the rare pirate booty available now!